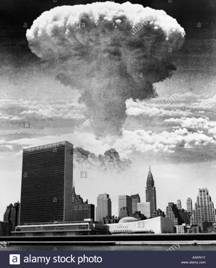 The recent detonation of a nuclear device in New York City by terrorists acting in the name of one of the world’s great religions of Peace caught us all by surprise. I did not anticipate that 7 million people would be vaporized in an instant while I was on the golf course, or that the scale and nature of the attack would be so unlike the run-of-mill attacks that have become our new normal. This only validates my long standing argument for stricter gun control. Nevertheless I didn’t see this coming, and I take full responsibility for it.

Accordingly my spin doctors did not have a pre-fabricated press release at the ready to ally your fears and combat the greatest threat to civilization as we know it. Islamophobia.

This must not happen again. We must be able to provide a quick response that would nip an anti-Muslim backlash in the bud. We must be able to instantly deflect attention from the dastardly deed to the sorry plight of innocent, decent, law abiding and patriotic Muslims who feel the sting of Islamophobic remarks in the supermarket or out on the street.

The sad fate of Akbar Mohammed, a peaceful citizen of my home town of Chicago, must serve as a reminder that hate is an opportunist waiting for a chance to hurt somebody’s feelings. Akbar, as you may be aware, was brutally assaulted by racist graffiti that leapt off the sidewalk and slapped him in the mouth, with the insinuation that somehow, he was not a real American. No greater calumny has been known to man. And no greater shame has cast its shadow over an American city.

If you are a New Yorker who survived the blast and you think you’ve got it rough with radiation burns, missing limbs and melted eyeballs, try living through an Islamophobic remark. The same goes for the victims of the Boston bombing. It’s time they realized that the real victims in this country are the folks who have to endure hateful speech — sometimes as much as three times a year.

And if you are in charge of Facebook, Twitter and Google, I would implore you to follow through with your stated intentions to shutdown websites and blacklist individuals who purvey fake news. For those who do not understand what fake news is, it is any news that you didn’t hear or read in the mainstream media. As a rule of thumb, if you didn’t hear it on CNN, PBS or NPR, it simply ain’t true. And if you want to read the facts, I recommend that you confine yourself to the Washington Post and the New York Times. They’ve never let me down yet.

As they demonstrated in their objective coverage of the Presidential election, and the accurate prediction of its results, the MSM have their pulse on the nation. We must do everything we can to assist them in eliminating the competition by stifling alternative media outlets.

I would further advise that if we are to survive as a diverse, tolerant and harmonious nation, we must gut the First Amendment and look to Canada as a blueprint for what can be done to exclude and punish those who do not share our vision. Our message must be clear. Words have consequences. Words hurt. And free speech is not hate speech. Hate speech is most often covertly transmitted through dog whistle phrases and fake news stories.

So forget ISIS, the federal debate, our unsecured borders, the disaster of Obamacare and the outsourcing of good American jobs, it is fake news which must demand our urgent attention.

In fact, as we speak, at my behest, the FBI is conducting an investigation as to whether New York City was actually obliterated 48 hours ago, as it was Breitbart, Glen Beck and Lou Dobbs who first broke the story. Don’t take the charred survivors stumbling through the rubble at their word.         According to the Southern Poverty Law Center, many of them are connected to the Alt Right. 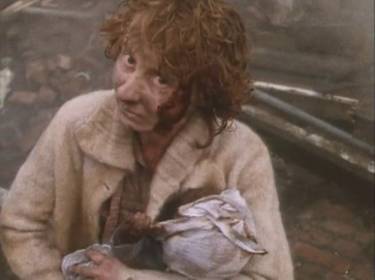 Above: White Supremacist posing as a survivor of an atomic attack