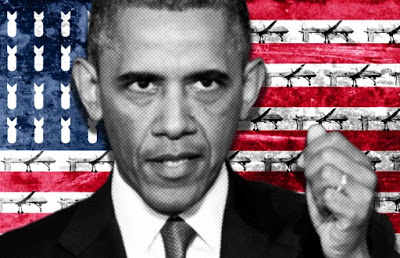 The world tends to run more on unintended consequences than intended ones, it seems. One of the reasons that Trump is now in the White House tearing through Obama’s flimsy legacy like an angry tornado is because he was ultimately seen as the “peace candidate,” while Hillary came to be perceived as the “war candidate.”

The seal of approval from the Neocons during the campaign may have been the kiss of death. This was just another example of the power of unintended consequences to call the shots.

So, how did this happen? Of course, part of it was Hillary’s readiness to sell out to the highest bidder, but this is not the whole story. Hillary could only become such a “war whore “because of the hypocrisy of Leftists in general.

The election of Donald Trump has sent millions of people pouring out onto the streets to protest a man they think is a racist, misogynist, xenophobic bully who will destroy US democracy in his quest to establish himself as supreme fascist ruler of the country.

Maybe they’re right. Maybe Trump is a fascist who will destroy America. But where were these people when Obama was bombing wedding parties in Kandahar, or training jihadist militants to fight in Syria, or abetting NATO’s destructive onslaught on Libya, or plunging Ukraine into fratricidal warfare, or collecting the phone records of innocent Americans, or deporting hundreds of thousands of undocumented workers, or force-feeding prisoners at Gitmo, or providing bombs and aircraft to the Saudis to continue their genocidal war against Yemen?

This obvious double standard effectively means that it is a lot harder for a Republican President to be a war president than it is for a Democrat.

Any Republican President getting involved in a war will face far tougher criticism than a Democrat from the so-called “Peace Movement” and their many friends in the media. This is because it is mainly a status signalling device for tribal Lefties. Both Bushes were savaged for the wars they fought. Clinton and Obama not so much.

This may even have been a factor in GHW Bush’s decision to limit the Gulf War to the expulsion of the Iraqis from Kuwait, even though his Saudi backers wanted to see a lot more blood on the sand. 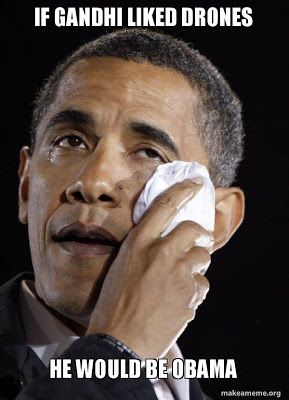 GW Bush went full neocon of course, because 9-11, whoever did it, changed the national mood, but he soon became the whipping boy of the Peace Movement. In fact, he was so widely reviled at home and abroad as the moronic war president, that his chief ally Tony Blair lost all legitimacy, and the global position of the United States itself was undermined.

Among other things, Obama’s fast-tracking to the White House could thus be seen as an attempt to revamp America’s hawkish capability, and, to a degree, that is exactly how it turned out, as Obama, Nobel Peace Prize in tow, kept America’s military profile as high as it could go under the circumstances.

This realization that only a Democrat could be a successful hawk may even have prepared the way for Trump’s race through the ranks of the GOP primary field from “joke candidate” to historical inevitability. There was obviously something rather fake about the likes of Jeb or Ted or Mario pretending they could don GW’s war mantle, something that Trump started to realize, as he grew stronger and started to directly attack the Neocon pieties.

Down near the base of the GOP reptile mind was a visceral fear of having yet another unpopular war president, assailed by the Peace Movement assisted by the liberal media, and vilified both at home and abroad. When Trump started talking about being pals with Putin, who’s to say that a subterranean switch wasn’t thrown in the minds of the Republican base, followed by a barely perceptible sigh of relief?

The neocons, wedded to war and bloodshed by the eternally precarious position of Israel, certainly seemed to sense something similar, explaining their defection en masse to Hillary’s camp during the campaign – little realizing that rather than hurting Trump they were instead hurting her.

In short, the hypocrisy of the Peace Movement made their preferred candidate into the war candidate, and thus may well have damaged her campaign, while bestowing the mantle of peacemaker on her rival and aiding his victory. Irony doesn’t get much richer or sweeter than that.