Another in the unending list of suicidal behavior by Swedes, this one by Cecilia Wilkström, a Member of the European Parliament for the center-right (!) Liberal Party, who is concerned about the recent drownings in the Mediterranean of Africans attempting to invade Europe. Note that, once again, the Holocaust is front and center stage as a paradigm requiring Westerners to engage in pathological altruism and embrace diversity and their own dispossession.

A Swedish MEP is stepping up a pan-European cross-party campaign for “legal and safe routes to Europe” for migrants in the wake of the latest Mediterranean boat disaster. Cecilia Wikström, has told The Local that EU member states are currently doing so little to help guarantee safe passage that future generations will compare their actions to Sweden “turning a blind eye” to the Holocaust.

The MEP – who is a long-time advocate of safer passage for refugees seeking safety in Europe – made headlines on Monday after she initially told Swedish television network SVT that future generations would liken the approach of EU governments to the policy of appeasement during the Second World War.

Speaking to The Local after the broadcast, the centre-right Liberal Party politician said: “I stand by what I was saying …. I think that my children and grandchildren are going to ask why more wasn’t done to help people running away from Isis, or violence in Eritrea or wherever, when we knew that people were dying in their thousands. [On the contrary, your children and grandchildren are going to wonder how you could be so naive and morally bankrupt as to make them a resented minority in an area that their people had dominated for thousands of years.] People will ask the same question they did after the war, ‘if you were aware, why didn’t you do something?’. In Sweden we allowed our railroads to be used to transfer Jews to Nazi death camps.” …

Some 11,000 migrants have been rescued since the middle of last week and current trends suggest last year’s total of 170,000 landing in Italy is likely to be exceeded in 2015.

Many travel onwards to other countries including Sweden, which takes in more asylum seekers per capita than any other EU nation.

Never mind the obvious point that the vast majority of Africans would love to live in Europe and that helping them enter will ensure that more come. Since the population of Africa is now over 1 billion and is projected to be 4.2 billion by the end of the century, tiny Sweden and the rest of Europe will have their hands full, particularly given that there is absolutely no foreseeable end to the poverty, oppression, and warfare that is endemic to the continent.

Such thinking is not confined to a single Swedish politician or only to Africa. Sweden had already announced in 2013 that all Syrians will be admitted as refugees because of the ongoing civil war. Even though the war will be over at some point, these refugees have been granted permanent residence in Sweden.

What is it about the Swedes that makes them so self-destructively generous as to adopt policies that will make them a minority in a land they have settled for well over 8000 years? Never mind the “huge housing shortage,” the 7.6 unemployment level, the immigrant rape statistics, and the  sheer financial burden (each working Swede in effect contributes a month’s salary to support immigrants).

While in Sweden recently giving a talk at a meeting convened by the Party of the Swedes (which proposes that only people who belong to the Western genetic and cultural heritage should be Swedish citizens), I heard several stories illustrating the pathology. A naive and gullible woman invited a group of Gypsies up to her apartment to give them food and a place to sleep. They repaid her by gang-raping her.

I also noticed Gypsy beggars on the street, including male beggars, which seems unusual, because usually males are less attractive to donors; but this seems to work in Sweden. (In my experience, Gypsy beggars are mostly very obsequious women carrying a young child.)

Relatedly, a correspondent who had traveled recently to Sweden wrote that he encountered a group of young Swedes collecting donations for Tanzanians. Noting the Gypsies in the area, he commented that the more one feeds them the more they will come here and occupy your lands. They said something like “but why? We want them here, we love diversity”. Incredulous, he asked, “you want more of them?” They replied “Yes, yes, we welcome them; we Swedes love diversity”

Even professional beggars are welcome in Sweden.

Of course, the Swedes seem to be only the worst among the White countries, but we see the same thing elsewhere. A Latino student writing in AmRen states:

I cannot understand whites. Time and again, I see white university students who are happy to watch not only their nation but their genes disappear. They say they would be happy not to have children or to have children with non-whites.

When I try to talk about race with my white classmates or coworkers most are totally apathetic or sometimes even hostile.

Here is a video of the American family who decided to torture their two biological children by adopting 8 Africans.

Here are two photos from a website devoted to gathering photos of young White people helping out non-Whites in Africa and elsewhere. 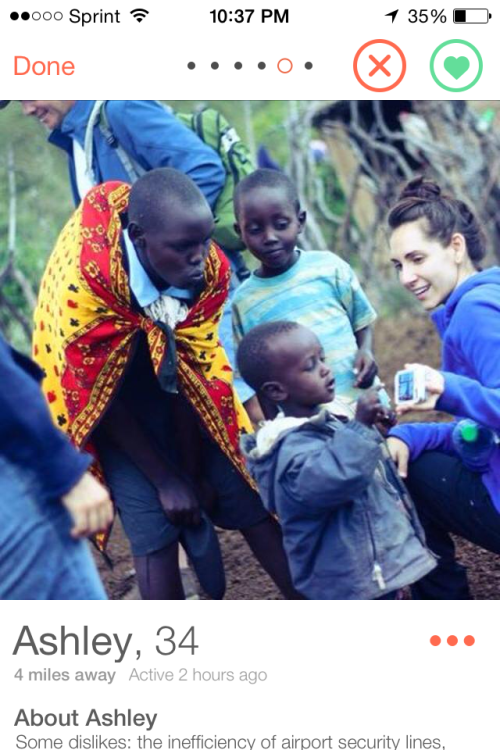 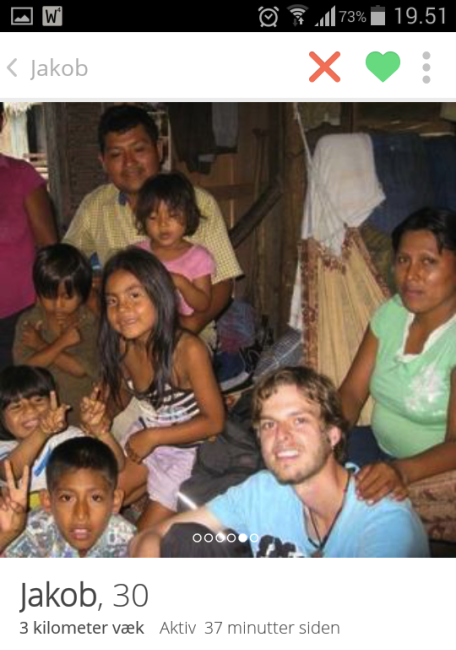 It’s not hard to guess how many children of their own these 30-something young Whites have had and will have in the future while aiding the fertility of non-Whites. Can anyone find examples of non-Whites behaving like this out of purely altruistic motives? I really don’t know of any. (Diaspora Jews helping Blacks doesn’t count, nor does the Jewish role in supporting non-White immigration and multiculturalism throughout the West.) Why do Whites, many of our best and brightest, take such pleasure in helping people so completely unlike themselves?

I am sure that everyone reading this can think of other examples. My talk in Sweden was largely about trying to explain this situation. The video, also posted now in the video corner at TOO, is titled “Psychological Mechanisms of Western Dispossession.” This is a downloadable PowerPoint slide that may help because the slides weren’t always visible.

The emphasis in my talk is on individualism which I think is the root of the problem, but I begin by discussing two mechanisms that are also recurrent themes of TOO —  that the current regime creates massive incentives for ambitious individuals to destroy their own people (especially appealing to sociopaths like Bill and Hillary Clinton, Tony Blair, et al.) and that the domination of the moral and intellectual high ground by hostile elites results in many Whites accepting the legitimacy of their dispossession.

The main part of my talk traces to evolutionary roots in the hunter-gatherer culture that is especially prominent in northern Europe. There are several historical examples, such as the movement to end slavery and the slave trade beginning in the late 18th century. These movements occurred long before the Jewish intellectual movements discussed in The Culture of Critique, although those Jewish-dominated movements certainly provided moral critiques of the West which were successful in large part because they tapped into these same cultural tendencies so apparent in the West and nowhere else. In the hands of these Jewish intellectuals who were certainly not motivated by altruism and empathy, these tendencies among Westerners became weaponized by creating the present disaster where Western civilization and the continued existence of Western peoples are severely threatened.

In the course of this, I discuss several other relevant mechanisms:

This is a tough, intellectually challenging area, but we have to try to understand it. As I note at the end, one purpose is to make Whites more self-conscious of their pathologically altruistic tendencies, the better to control these feelings. Any psychological tendency that leads to self-destruction is indeed a pathology—perhaps, one might say, the ultimate pathology.