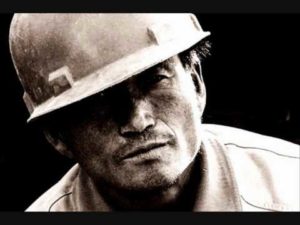 You haven’t killed us off yet. We are still alive and kicking. And Trump’s plan to cut immigration intakes in half and end the flow of cheap imported labor is proof that we are fighting back. Finally.

No longer will we tolerate our the suppression of our wages or the displacement of our jobs by illegal aliens or unskilled immigrants.

No longer will be deceived by the promises of liberals and Leftists who claim to be our advocates, but call us a basket of deplorables and ignoramuses when we don’t sign on to their duplicitous agenda. We know that progressives are the ignorant ones. Ignorant of the tribulations that their open borders policies have inflicted upon us. That is what you get when you swallow your own bath water, the lies of the MSM who tell liberals what they want to hear and exclude the realities that you don’t want to face. That is why the election results took them by surprise.

We know that you, the ‘enlightened’ ones, are not our friends, and neither are the trade union bureaucrats who take our dues but contradict our interests while they speak in our name.  We know that better than any union or political party, the best friend of the working man or woman is a tight labor market, something that Democrats (and Cuckservatives) have worked to prevent for half a century. Their brothers-in-arms outside America, the Socialist, Social Democratic and Labor Parties of Europe, the UK, Canada and Australia have done the same thing too. Traitors to their traditional constituency, their nation and its cultural heritage.

The Democrats had their chance, but it turned out that they were never on our side. If anything, it is they who are the party of plutocrats and cheap labor employers — agribusiness, construction contractors, the hospitality industry, and meat packing plants. Their congressmen too are on the corporate take (cf. www.opensecrets.com) They are the party of politicians who campaign on the Left but govern from the corporate board room, hypocrites who preach justice for American workers while employing illegals as nannies and gardeners at a cut rate. Imagine the hypocrisy of the liberal feminist academic who lectures students about Women’s Rights while paying the Latino or Fillipino lady who minds her kids a pittance. Not an uncommon example.

Steve Sailor had it right years ago. If Republicans want to win, they must appeal to the White working class, the neglected orphan of American politics. Trump has done that, not with words, but with his policy proposals (stymied for now by an unprecedented assault from the establishment). With his recently announced immigration legislative agenda, he has demonstrated that ironically, the working class can do better with a “temperamentally unfit” billionaire than a whining corrupt millionaire shrew of a Social Justice Warrior, or an old socialist who doesn’t understand the “in-sourcing” of cheap migrant labor is as damaging to American workers as the “outsourcing” good jobs to low wage jurisdictions.

We are not just fighting a civil war, but a class war, and I know what side of the fence I’m on — the side I was born to. I am the son of a miner who came from a family of miners. A grandfather, a father and seven of his brothers. My father was a barely literate man who had to leave school at the age of 14 to take a job with the mining company.   He didn’t read HuffPo, the New York Times or Common Dreams (Hallucinations); nor did he watch CNN or listen to NPR. Nor could he relate to the sneering wine-drinking-CBC-listening- artsy-fartsy-politically correct-bed-hopping green yuppie hypocrites who dominate Canadian airways today. He was an ‘ignorant’ deplorable of the worst kind. The kind who built this country. The kind who understood that bullshit usually comes with a suit and tie and a college degree.

Dad was smarter than any professor I knew. He learned his lessons on the picket line and during the depression and the war. He was hard-working, candid , blunt and clumsy with words. Like someone in the White House. He wasn’t’ impressed by articulate, polished politicians like Obama or the phony, preening Wonder Boy in Ottawa whom Rolling Stone magazine thinks is the hope of humanity. Politicians in his words were “slick as a brookie,” that is, slimy as a brook trout. Their promises were meaningless. The only question that mattered to Dad was, “Did they deliver?

If he was alive to witness the unveiling of Trump’s immigration proposal, his answer would be unequivocal. “Yes, they have.”