A couple of weeks ago, I went to a performance of a touring New York-based modern dance company.  I had been looking forward to going.  I was in a dance company decades ago, but I’ve lost touch with dance over the years, and the prospect of this reconnection with something that at one time was a big part of my life had great appeal.

As it turned out, overall it was a superb performance.   One problem for me, though, was that while the woman were as I remember them when I danced, the men seemed feminized, the best word I can think of to describe it.  It was a unisex presentation that evening, tilted distinctly toward the feminine.   Women were women, and men were women.  In truth, it made me uncomfortable.

I asked myself, is what I’m seeing an artistic reflection of a larger social/cultural pattern, men becoming women-like?    Is this artistic expression, this example, to any extent contributing to changes in male gender identity and behavior in other, non-artistic, realms—that is to say, to the idea that the way to be a man involves, in good part, in great part, emulating women?  What will young boys in the audience who are interested in becoming dancers conclude about what it means to be a male dancer?

During intermission, I looked through the program handed out to everyone in attendance that evening.  It was about fifteen pages, slick paper, well-done, put together by the performing arts center that had sponsored the dance company’s performance.  It included pitches for the center’s education and arts activities. “Our education programs strive to engage learners of all ages in the creative process, nurture artistic skill development, cultivate lifelong appreciation of the performing arts, and make the performing arts an integral part of school and community life.” “Here at [the name of the center], we remain deeply committed to nurturing the artists and audiences of today and tomorrow!”

That sounded good to me.   I wish as a youngster I had been exposed to the arts.   Baseball, yes; dance, no.  I came to dance as an adult, which is possible with modern dance.  It isn’t with ballet.

A couple of pictures that accompanied the written material in the program–one having to do with the center’s education programs, the other with its arts programs—caught my eye.  Speaking of boys, their virtual absence in the pictures jumped out at me. 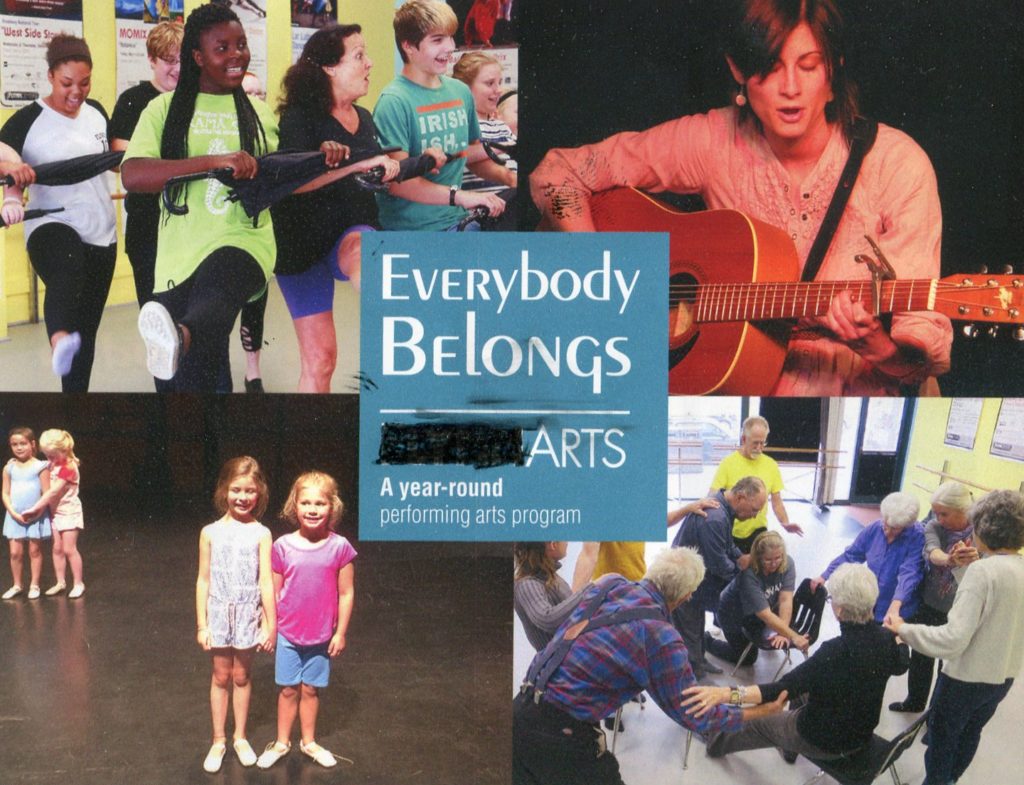 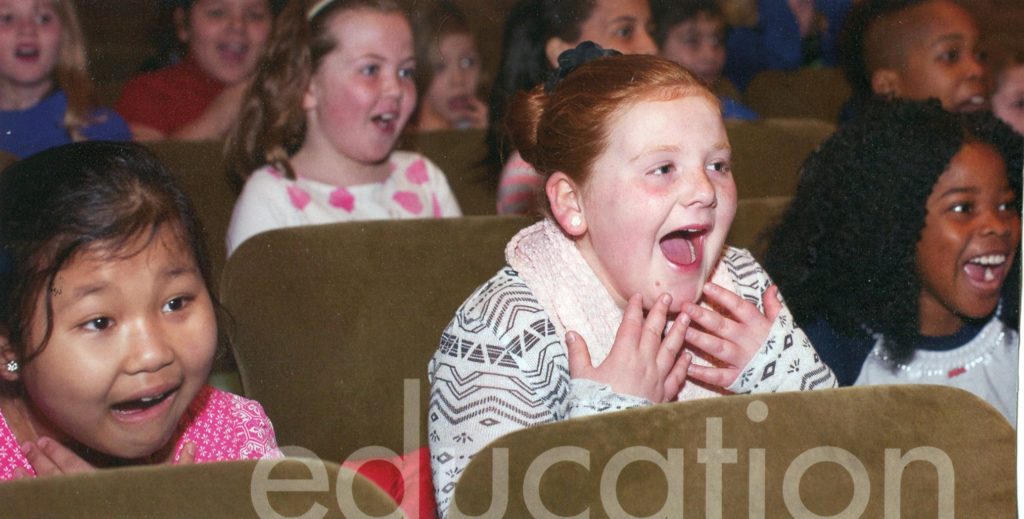 What’s this about? I asked myself.   What would a boy looking at this think?   That art isn’t for him?   Would the parent of a son conclude that art isn’t appropriate for a boy?–or a real boy anyway; the boy in the second picture with the lightened hair combed forward looked a bit soft to me.  Why were these particular pictures chosen?   How conscious was this selection?   I flashed on Christina Hoff Sommer’s book, The War Against Boys.  “War” is too strong a word for what’s seems to be going on here, but I do suspect that how boys are getting along wasn’t at the top of the care-about list of the people choosing these pictures, and that these pictures wouldn’t have been the reverse, almost exclusively boys.

The day following the performance, curiosity sent me to the art center’s website.  In the section on the arts and education programs, eight pictures, and again almost all girls, and what boys there were were in the background or over on the side.

The dance performance, the program material, and the subsequent website review sensitized me to a concern—how boys, men, masculinity, are visually portrayed in our time—particularly with regard to white people, an interest of mine and the focus of this publication.  So in this instance I’m getting at images and the meaning they communicate, not words spoken or written.  Fancy terms that apply to this focus are iconography and semiotics.

The Academy Awards, which were last month as I write this in April of 2018, came to mind.   I tuned in at 10:00 p.m. to catch the last two hours of the show thinking I’d see the big awards, best actor and actress, best picture, and so on.  There were some white male winners during those two hours, but the lack of white male presenters and performers was noticeable.  Besides the host Jimmy Kimmel, the only other white males in those two hours—of around thirty people in total—were Christopher Walken and Warren Beatty.   Both of them are over seventy; Beatty is 81.  The message seemed obvious to me: these two creaky old guys are white men.  White males are relics of the past, anachronisms.

Guided by the premise that the image is the message, the past couple of weeks I’ve been attending to how white men, particularly young white men, are presented, or not, in university website photos, corporate and military recruitment material, advertisements, and the like.   I think I see a pattern:  compared to times past, young white males are distinctly fewer in number and far more likely to be in the back or on the periphery.

I checked the Student Life section of the website of the University of Vermont, where I taught until my retirement.  UVM, as it is called, is a very white campus, with an abundant number of white males.   But here’s the picture. 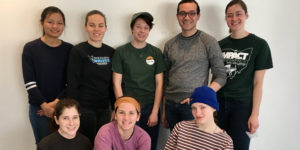 Don’t get me wrong.   These look like very fine young people to me.  As far as I’m concerned, welcome to UVM.   I’m just noting the racial/gender composition of this picture and raising the question of what motivated it and its consequences.

I checked the Student Life section of Harvard’s website and found a similar picture.

Again, handsome young people.  Good for them.  I’m but raising the question of what the message is here.  As part of my university work, I spent a good amount of time in rural Vermont and West Virginia secondary schools with low income white boys—and girls too of course, but the focus is on boys in this context.   Going by the pictures on its website, I’m wondering what Harvard thinks about these human beings, how much it really cares about them. 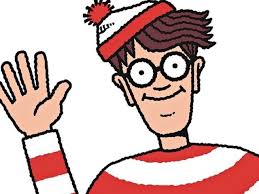 As I was doing my image-perusing, Where’s Waldo? came to mind.   Back in the 1980’s (I looked it up), Martin Hanford, a British illustrator, produced a series of children’s puzzle books called Where’s Wally?  The books consisted of detailed illustrations of many people doing amusing things.   The reader was challenged to find a character named Wally hidden in the group.  For whatever reason, when the series came to the U.S., where I read it, the character’s name was changed to Waldo, so it was Where’s Waldo?  to me.

I’ve been playing a version of Where’s Waldo?—looking for visual depictions of young white males.  As time went along, I found that, really, I was looking for a certain type of white male: tallish, light-colored hair, pale, broad-flat-forehead, blue-eyed—like me.

Back in 1916, Madison Grant wrote a book called The Passing of the Great Race: Or, The Racial Basis of European History.  Grant’s concern was with the, perhaps dire, fate of northern European white people, the sort I found myself looking for.   He referred to them as Nordics.   To myself, and now I’m sharing it with you, I thought of what I was doing as playing Where’s Nordic-Boy?

While I was checking out the student pictures on the Harvard site, I took note of the Harvard College home page.  You could play Where’s Nordic-Boy? with it. 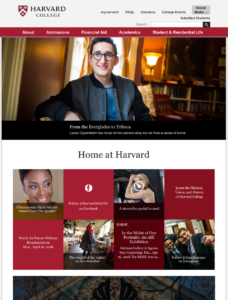 When I was a kid, I remember my dad, who was a barber, telling me that he was a Democrat because the Democratic party was for the working man.   In Minnesota where I grew up, the Democratic Party was called, I guess it still is, the Democratic-Farmer-Labor Party.  Hubert Humphrey, Walter Mondale, and Orville Freeman were prominent in the DFL back then.  They proudly called themselves liberals, and they cared deeply about black civil rights, and that was fine with my dad.  He wanted everybody to have a fair shake in America—that’s what this country stands for.   The Democratic Party was “us” to my white working-class dad when I was growing up.   It was on his side as he saw it.   My dad has passed.  When I went to the Democratic party website just now, going by the pictures I wondered how he would see today’s Democrats if he were still alive, and how today’s Democrats would see him.   Here’s the Democratic Party’s invitation to “stand with the Democrats.” 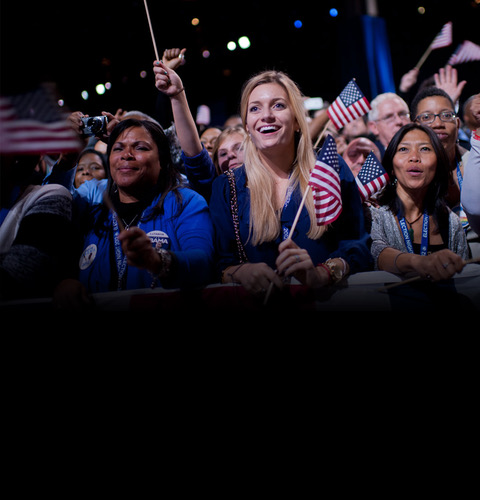 Perhaps you are a young white man interested in a corporate job. 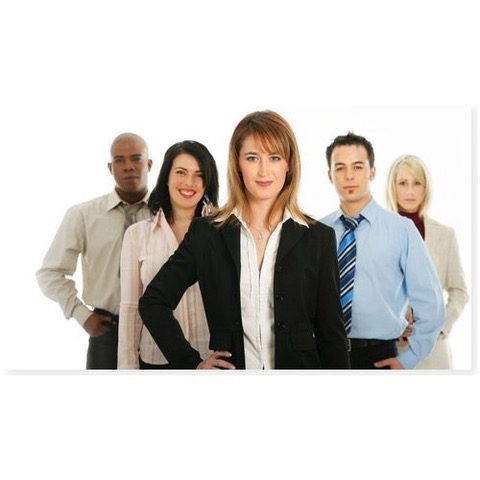 Or perhaps you have a particular interest in working for Google with iCloud. 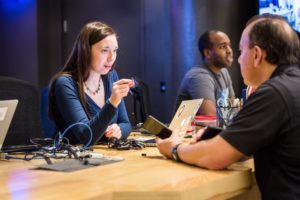 You could check out movie images.  For instance, there’s the 1962 British film—great film, available on streaming—The Loneliness of a Long-Distance Runner, the crowd scenes and all, everybody white.  Compare them to now. 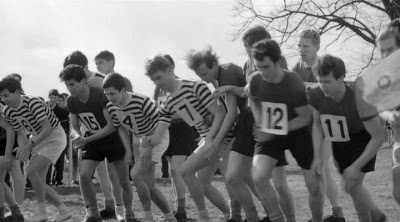 You get the idea.  I invite you to play Where’s Nordic-Boy?–go wherever your imagination takes you.  Or, just notice images of “Nordic-Boys” as they come up, or don’t come up, in the course of your day.   To get serious about this, see if what you observe speaks at all to Madison Grant’s worry about the passing of a great race.  Little things can add up.