Audio version of this review:

Isolated high on Old Hag Mountain in North Carolina lies an enormous library and research institute known as The Ark. The Ark is peopled with elitist, reactionary, revolutionary-minded scholars, scientists, and rich eccentrics, each fascinating in his own idiosyncratic way. Among them there’s a chemist, a botanist, a “well-known and highly controversial historian and litterateur,” a youthful mathematics prodigy, a brilliant if depressive astrophysicist, a French neo-Jungian psychologist, two bioengineers, two Latin translators, a former professor with doctorates in more than one of the social sciences, a Triassic paleontologist, an ophthalmologist with a penchant for Plato, and quite a few others. 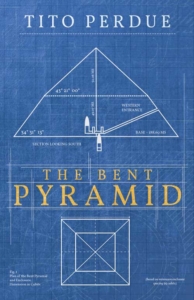 These “geniuses or near geniuses” dwell far from the madding mob of degenerates that occupy anti-White multiracial America. They are “people devoted heart and soul to excelsior things.”

When, for instance, the newly arrived ophthalmologist (divorced, recently retired at 57, and world-weary) is asked why he wishes to spend his remaining years haunting the magnificent library, he answers simply:

The Ark is indeed a place to think, a place to dream, to engineer technological marvels and discover scientific wonders; a place to write great works and translate newly-discovered ancient texts. It is a haven for those who long to instaurate Western Civilisation and turn the world around. 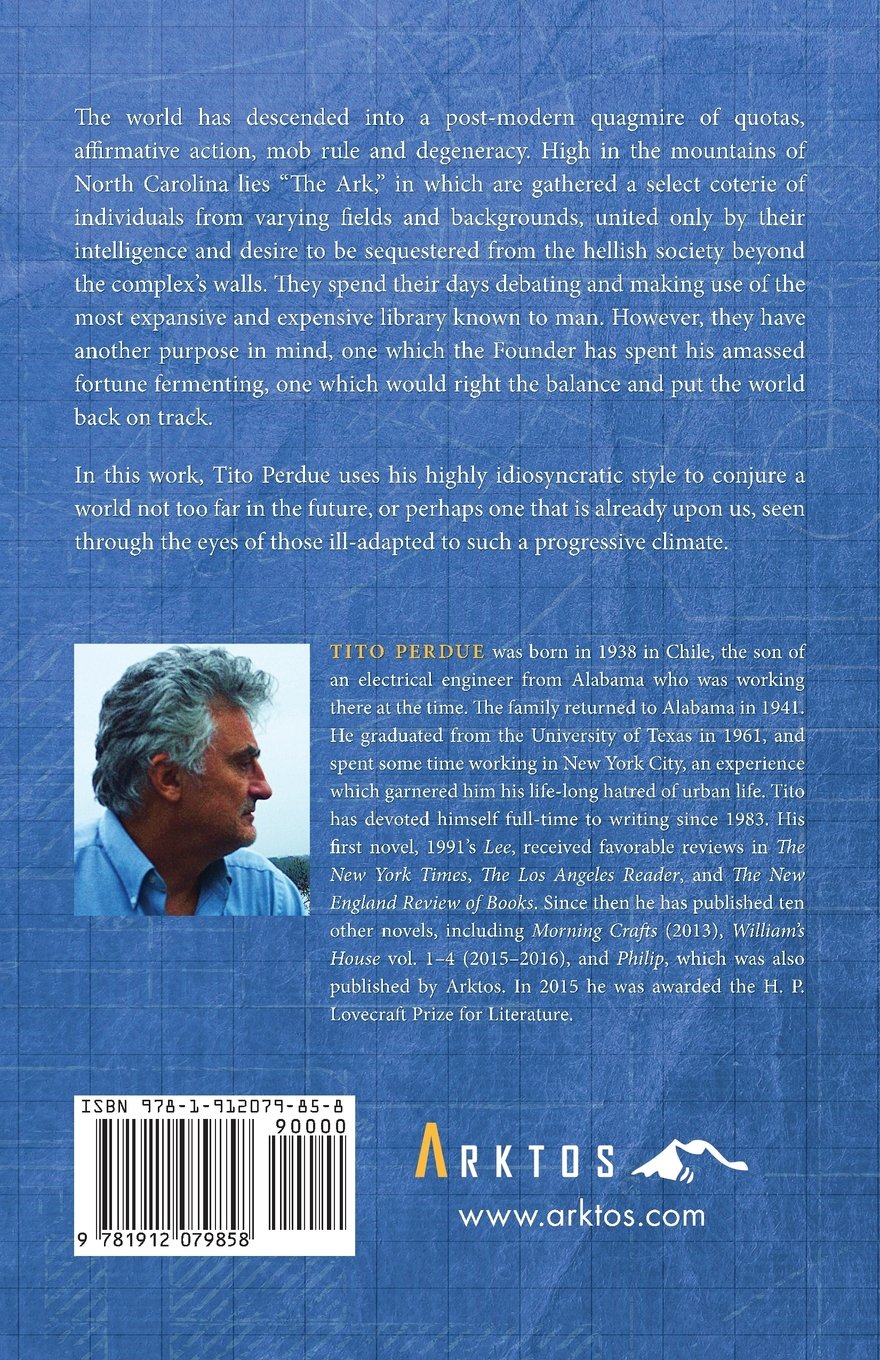 The Ark’s now elderly multibillionaire founder “had learned at an early age about the egalitarianism approach to life and its effects upon the human soul.” After decades of amassing massive wealth, he “had determined to use the rest of his time and fortune revenging himself upon those who had demanded that all things be equal, whether horses and books, restaurants and political systems, or cars and human races.”

Considered an outlaw, the founder has to hide his money—and his person—abroad, and when re-entering the States is forced to travel incognito. Taking advantage of an insanely politically correct US border policy that is completely open to non-whites, he painstakingly disguises himself as a mestizo in order to get past the border guards and elude “the enforcement arms of the SEC, the FBI, the SPLC [?!], and the western branch of the Diversity Department housed in Santa Fe.”

The Appalachian good ole boys ostensibly in charge—be they local law enforcement or local bureaucrats—are all too eager to help the feds and their globalist overlords do harm to fellow Whites and perpetuate the cultural Marxist waking nightmare.

Three government diversity-enforcement agents: one federal, one state, one county (and, later, a European Union official!) have a habit of showing up together unannounced to inspect The Ark and tag-team harass The Ark’s supervisor, a practical, permanently worried man known as Bill.

After such surprise inspections, the agents are invariably irate at their findings. Not only are there not the requisite number of, say, lesbians, there aren’t “any lesbians at all.”

The agents give The Ark “an unacceptable social impact report,” and, further, threaten to tax, inspect, and generally regulate the institution out of existence.

“No, seriously, Bill,” the county man once demanded, “what’s it going to take to get a critical mass of queers and niggers up here?”

Even the majority of the civilian citizens in Carthusia, the nearest town, have seemingly been brainwashed into loathing the idea of learning (and those who love to learn) and, therefore, loathe the Ark-dwellers. Or, as the eye doctor came to understand and repeat, “Gosh, they must really hate us down there!”

But the hatred of racially aware Whites is not limited to Whites with luminous minds. There’s the case, for instance, of a man called Glen, an understandably embittered and vengeful individual (and not at all big-brained) whom the Ark’s founder hired to serve as the institution’s only security officer:

[He was] a veteran of the second and third oil wars who had been left with just one eye and a left side forearm amputated above the elbow. Beyond that, only this much more was known about him, that upon his return from Turkey he had been set upon by a gang of Chicago youths and beaten nearly to death. Convicted of a hate crime, he had then served four years in the state penitentiary where he was ambushed in the laundry and raped over the course of two hours by negro gang members, a shattering experience that left him infected with the AIDS virus. Abandoned by his wife and daughter, he attempted to set up an auto repair shop in Raleigh, but soon was reported to the EEOC for having failed to employ the required number of female Caribbean mechanics. Fined $82,000 under the “tergiversation” law for moral incorrigibility, his photograph and biography were thereafter displayed in Post Offices and other federal locations in North Carolina and adjacent states. Released in June, he was placed under surveillance and made to attend a locally-sponsored sensitivity workshop taught by a severe-looking woman who detested the sight of him. He served (reluctantly) three weeks in community service and, then in August, learned that his remaining funds had been electronically expunged by a “progressive” bank manager responsible for ATM accounts. Having by then developed into an “ethnocentric” sort of person, as was said of him, he became the organization’s sole member to have been personally recruited by the founder . . .”

Perdue has previously demonstrated a knack for assembling various characters, each extraordinary in his unique way, within some ultra-exclusive community dedicated to unlimited knowledge and perpetual beauty: The Sweet-Scented Manuscript, and, especially, Morning Crafts come to mind.

The Bent Pyramid, which is in the same vein, is the Alabama native’s fifteenth published novel, though there is a backlog of his completed but unpublished work awaiting print. At 128 pages, it’s also his shortest novel so far. One can read it in an afternoon.

The story has very little of the haunting magical realism found in his other books, but plenty of the author’s peculiar humour. There’s a whole chapter, for example, wherein a belligerent and uninvited Lee Pefley (a character who is either featured, mentioned, or makes an appearance in most of Perdue’s fiction) somehow evades security, gets into the main building (with his wife, Judy, in tow) and, true to form, proceeds to misbehave.

Ultimately, however, the author conjures a grim vision of a frightful future that is already pressing upon us—a future that, unless combated now, will obliterate Western Civilization.

The story is surely triggering and certainly pessimistic, but not defeatist. And in the end the octogenarian anomalous novelist: part mystic, part curmudgeon, part prophet (perhaps), retains a Faustian hope, a Faustian vision of an aesthetocractic future “under the rule of a tiny number of race-conscious Caucasian geniuses.”