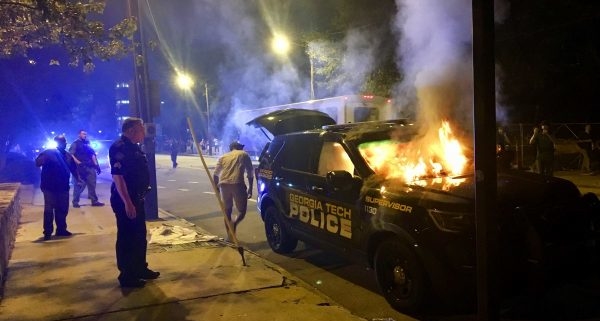 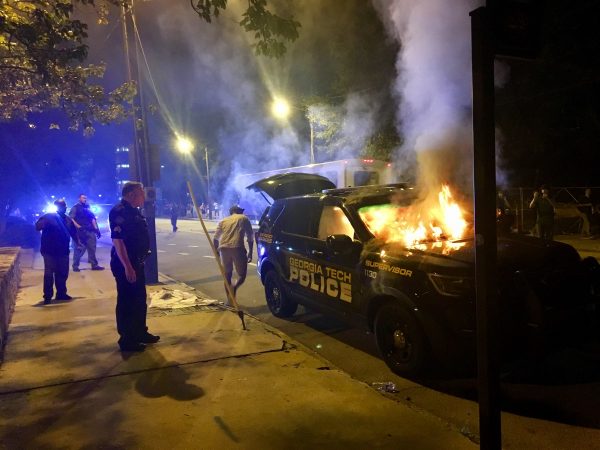 AntiFa torch a police car at at Georgia Tech

The extent of the immunity enjoyed by these leftist “anti-racist” thugs is astonishing.

In Atlanta, the “AntiFa” have engaged in repeated criminal acts and not one of them  has ever been prosecuted.

These acts include (skip to the last if you want to get a quick grasp of how bad this situation is):

Numerous arrests — after a long period of significant benign police inaction — but no prosecutions.

Prosecutions? Ha, ha, ha!  Don’t be silly!  All let go under what appears to be a “catch and release” policy.

The AntiFa held a demonstration at Georgia Tech against police brutality. (They are under a delusion that law enforcement is against them despite all evidence to the contrary; the cops and FBI are totally on the side of the AntiFa.)

Even as cynical and jaded as I am, I entertained the deluded notion that if you threw a bomb into a police car and destroyed it, something bad would happen to you.

Not if you are AntiFa!

Just how is it that these terrorists get a pass?

Does someone call up district attorneys and tell them not to touch the AntiFa?

Does Soros do this?

Other powerful members of Jewish communities?

I’d really like to know how this works. We all know what would happen if the people engaged in violence and were what the media presumes to call “White Supremacists.”