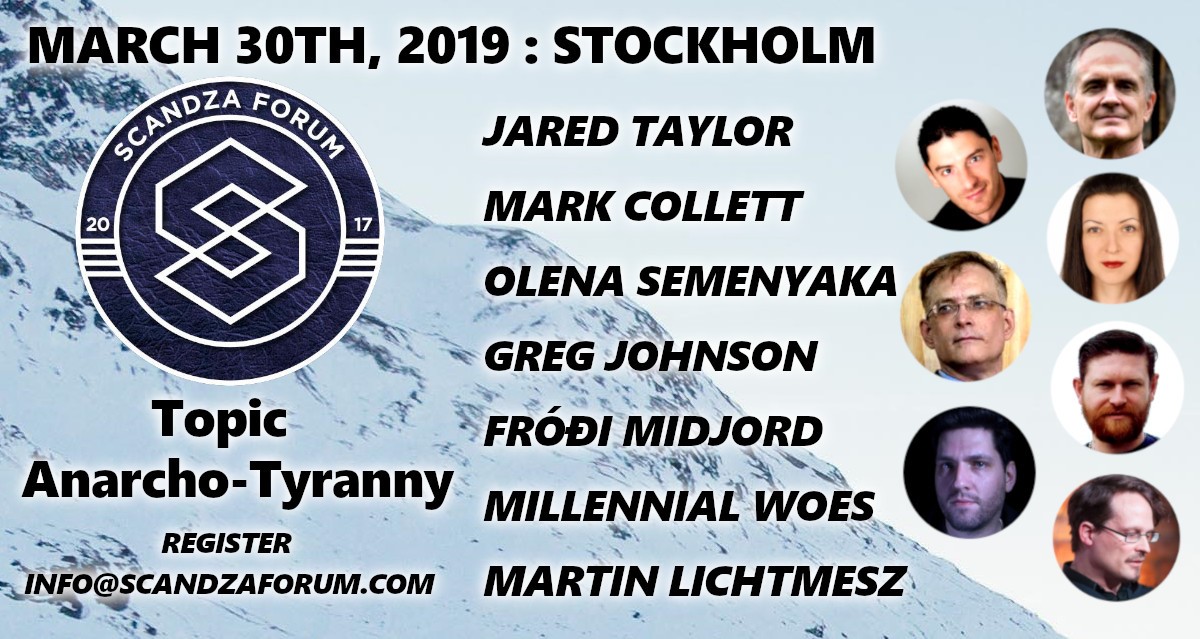 The next Scandza Forum is coming up in Stockholm, on March 30th. We are proud to give you a truly all-star lineup of advocates for Europe:

Our discussions will focus on Anarcho-Tyranny, which the late Sam Francis described as follows: “they refuse to control real criminals (that’s the anarchy) so they control the innocent (that’s the tyranny).” Throughout the West, crime and immigration are out of control. In 2018, there were more than 300 criminal shoot-outs and 44 people shot to death in Sweden. According to one study from Malmö university, there have been 116 hand grenade attacks over the past eight years!

At the same time, even elderly ladies will be convicted of “incitement of hatred” if they use strong language as they post frustrated comments online. If you dare protest the downfall of our civilization, you will feel the wrath of the globalist establishment. They shoot the messenger who points out the destructive consequences of the situation they have brought about.

We will discuss how we, as advocates for White interests, can navigate this hostile environment in which dissidents are silenced and deplatformed. Most importantly, however, you will  network with comrades who share your concerns.

We meet as an act of defiance against the dispossession of our people.

If you want to know more about our events, please watch any of my several appearances on podcasts and live streams lately, where I have been interviewed about the Scandza Forum and Anarcho-Tyranny:

If you want to attend, please contact us at: info@scandzaforum.com

Because we care about your safety, we have a vetting procedure to make sure that everyone who attends does so with honest intentions. There arethree ways you can get admission to the event, so remember to include the necessary information:

This will be an unforgettable event – register now!
I am looking forward to seeing you in Stockholm on March 30th. 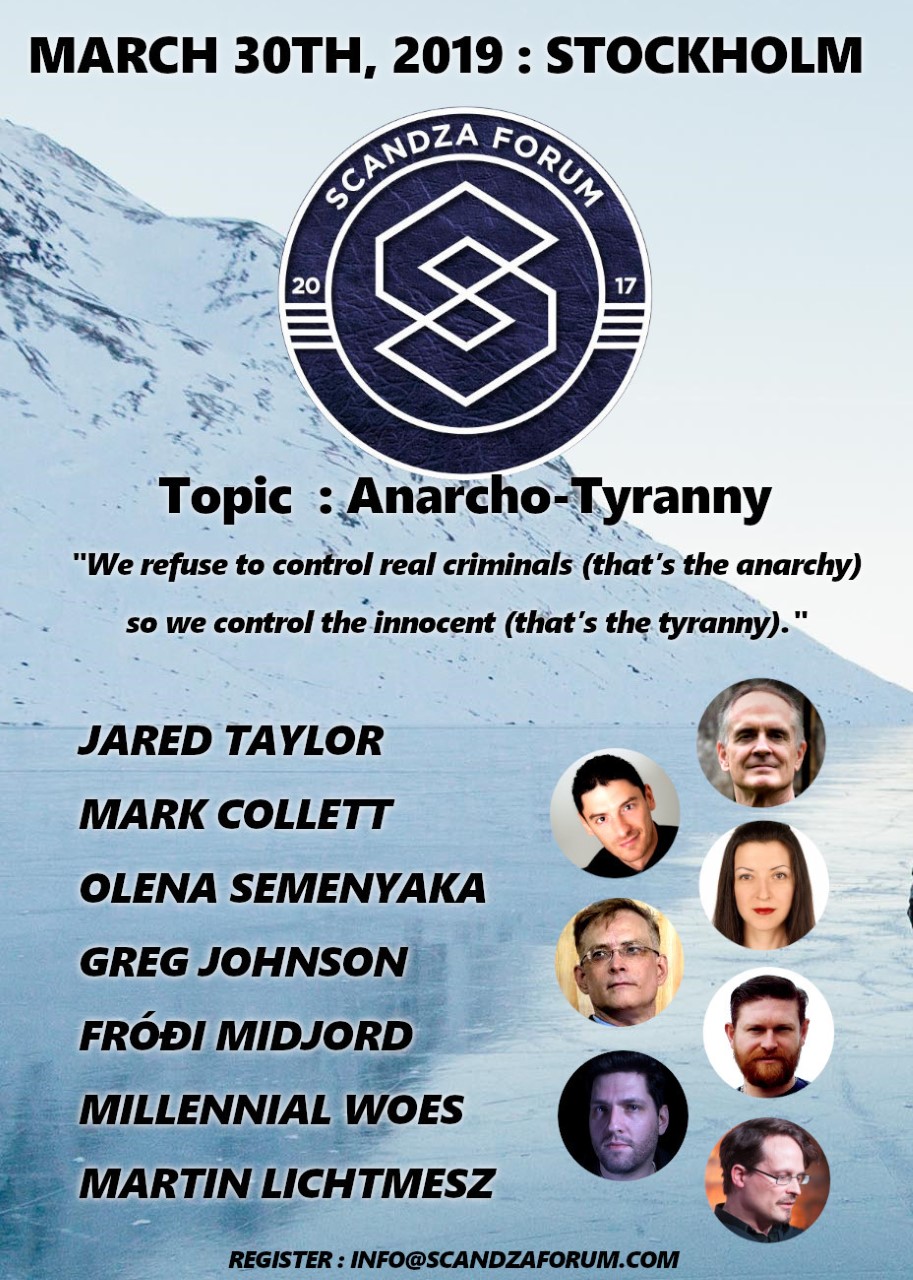