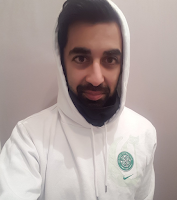 One of the most famous lines from Robbie Burns, Scotland’s greatest poet in the (kind of) English language goes thus: “O wad some Power the giftie gie us, to see ourselves as ithers see us!” Or,  “Oh would some Power the gift give us, to see ourselves as others see us.”  Well Scotland had this wish granted by one Humza Yousaf, the SNP’s spokesman on Justice. And he’s not happy with his adopted land despite – cue toe-curling embarrassment – occasionally decking himself out in a kilt or a Glasgow Celtic shirt. In a recent speech to Parliament he went through a list of Scotland’s most powerful personages and after each one venomously spat out the word ‘White!’.  He ended the tirade by directly addressing the people who elected him “As people of colour, we don’t need your gestures. Don’t just tweet Black Lives Matter. Don’t just post a hashtag. Don’t just take the knee. Don’t just tell us how you’re not a racist – I take that as a bare minimum. You must be anti-racist.”  So now you know.

Mind you he’s doing ok despite that. He’s been a Minister or spokesman for the SNP since he was in his mid-twenties despite his time as an apprentice mechanic being the highlight of his career up to then. But Scotland must do more. He sees his appointed roles as providing a platform to berate his unappreciative hosts. Mastering his brief straggles far behind. This from the Express: “NICOLA Sturgeon’s collapsing government is facing yet another shambles as calls are made for one of her closest aides to be sacked. ‘Humza Yousaf, the prolific twitter using Transport Minister, recently admitted he knew nothing about his brief as he tried to defend the Scottish Government’s failures.’ He had more urgent things in mind. Like tweeting “To our shame [don’t you just love the ‘our’] there are no Black Members of the Scottish Parliament. There was no Black voice in today’s debate on anti-racism, so I wanted to make sure the last words in the debate were the last words uttered by George Floyd – never forget them.”

Maybe, just maybe, the proliferation of whites faces (or being Scotland, a fetching shade of grey) is due to the fact that the country is – allegedly – 96% White. It’s really rather simple.

Now if I were a rude person I’d encourage this ungrateful interloper to find a nice brown country to fuck off to. But I’m not a rude person. And there are no nice brown countries. Take the Indian sub-continent whence Yousef and Ireland’s erstwhile PM Varadker (who also thinks there are too many Irish in Ireland) emerged. Here you have more than a billion people shitting on the ground, turds everywhere you step, rivers filled with raw sewage interspersed with bathing humans, millions dying of starvation and disease every year, dead bodies floating in rivers while mangy dogs feast on corpses.
So here’s a thought guys. Maybe your (well-hidden) talents would have greater opportunity to flourish back home given these conditions?
A couple of final observations. The acronym SNP stands for Scottish National Party. You know, the one that wants independence for Scotland, no more of these damn foreigners telling them how to run things. And they parachute this guy into a top position. Same with Ireland’s Sinn Fein Party — aka as the IRA’s political wing. Sinn Fein means ‘ourselves only’ in English. Yet their enthusiasm to get Brits out is exceeded only by a corresponding enthusiasm to flood Ireland with unlimited hordes of Third World parasites.
Reposted from The Irish Savant, with permission.
https://www.theoccidentalobserver.net/wp-content/uploads/2018/06/TOO-Full-Logo-660x156-1.png 0 0 The Irish Savant https://www.theoccidentalobserver.net/wp-content/uploads/2018/06/TOO-Full-Logo-660x156-1.png The Irish Savant2020-07-06 07:36:052020-07-06 07:50:23A Muslim Politician Thinks There Are Too Many Scots in Scotland
23 replies