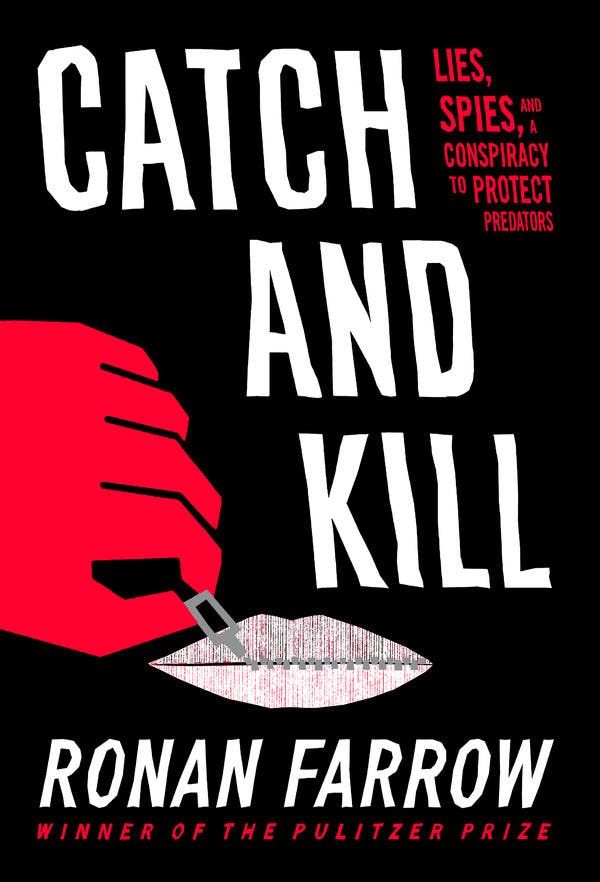 Ideas always sound classier in French: Lisez le blanc, lisez ce que je n’ai pas écrit et ce qui y est pourtant – “Read the white, read what I did not write and what is there nonetheless.” That was the eighteenth-century Italian economist Ferdinando Galiani (1728–87) urging a French correspondent to read one of his books with greater care. Galiani couldn’t express himself openly or he would have made dangerous enemies in the church and aristocracy.

And so he concealed his true opinions from hostile eyes,  trusting that an intellectual elite in his audience would nevertheless know how to “read the white” and discern his true meaning. I came across that quote by Galiani in a fascinating compilation made by the probably Jewish political scientist Arthur M. Melzer to accompany his book Philosophy Between the Lines: The Lost History of Esoteric Writing (2014). Melzer is a Straussian and says that Galiani, like Homer, Plato, Aristotle, Tacitus, Machiavelli and a host of other influential figures, was an adherent of “philosophical esotericism,” the practice of “communicating one’s unorthodox thoughts ‘between the lines’.” After all, as Tacitus (c.55–c.117) himself said: “Seldom are men blessed with times when they may think what they please and say what they think.”

Many centuries after Tacitus, Westerners are definitely not blessed with times to speak freely. Jonathan Sacks, then the Chief Rabbi of Britain, pointed out in 2007 that Western politics had been “poisoned by the rise of identity politics, as minorities and aggrieved groups jockeyed first for rights, then for special treatment.” Sacks next said something that would have got him into serious trouble if he hadn’t been Jewish himself: “The process … began with Jews, before being taken up by blacks, women and gays.” Sacks was right: the process did begin with Jews. And it’s continued with Jews, as they use their verbal fluency, psychological intensity and massive over-representation in the media and law to intensify what I call minority worship, or the treatment of minorities like Jews and Blacks as the saintly victims of White oppression.

For example, the anti-White hysteria and criminality of the Black Lives Matter movement have clear Jewish connections. And so do lots of other pathologies, from vulture capitalism to the flooding of Western nations with hostile, corrupt and low-IQ Third-Worlders. But it’s dangerous to refer even obliquely to the central Jewish role in these pathologies. Or it’s “verboten,” as Newt Gingrich put it when he was rebuked on Fox News for identifying “George Soros-elected, left-wing, anti-police pro-criminal district attorneys” as enablers of the BLM riots that have racked America during the “Summer of George.” Yes, the pro-criminal attorneys are indeed elected with money from the Jewish billionaire Soros, but you can’t say so, because it’s “anti-Semitic” to link a Jew with political subversion and the misuse of wealth. In other words: “Reality shmeality, so shut your truth-telling traps, goyim!”

These taboos on discussing clear patterns of Jewish misbehaviour in Western politics and culture mean that lots of mainstream writers are staying quiet, despite seeing perfectly well what is going on. But I also wonder whether some mainstream writers are resurrecting philosophical esotericism, the “writing between the lines” that Arthur Melzer defines as relying “not on secret codes, but simply on a more intensive use of familiar rhetorical techniques like metaphor, irony, and insinuation.” I think Ronan Farrow (born 1987), the journalist who exposed the Jewish sex-criminal Harvey Weinstein, may well have used esotericism in his book on the Weinstein scandal, Catch and Kill: Lies, Spies and a Conspiracy to Protect Predators (first published in 2019). As I described in my own article “Lies, Spies and Harvey Weinstein” (published in 2017, some time before Farrow used the same rhyming words), the Weinstein scandal is a clear example of Jewish predation on gentile victims. Weinstein behaved like the Jewish “movie magnate” Jack Woltz in Mario Puzo’s novel The Godfather (1969). Woltz was “rough-spoken, rapaciously amorous, a raging wolf ravaging helpless flocks of young starlets.” 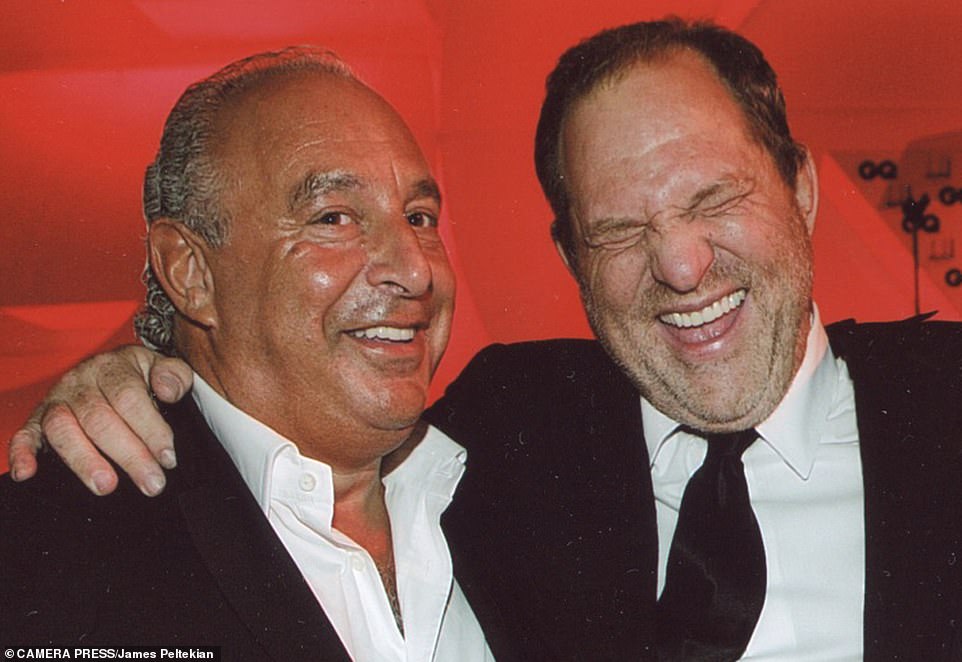 That was in the 1930s and ’40s, according to Puzo’s book. By the 1950s, Woltz had become a paedophile, “aroused now only by very young girls” and raping twelve-year-old shiksas on his private plane. But Puzo didn’t explicitly identify Woltz as Jewish or describe his behaviour as inter-ethnic sexual predation. That was “verboten.” And it’s “verboten” today for Ronan Farrow to write openly that Weinstein was continuing the same Jewish-on-gentile sexual predation that Mario Puzo saw all those decades ago.

“Something good for Israel”

But Farrow could write esoterically. And what do you find on the first page of the first chapter of his book about the Weinstein scandal? You find a journalist called Rich McHugh and his inability to use the Yiddish word “fakakta” right (“fakakta,” or verkakte, means “shitty” or “crappy”). On the next page you learn that Rich McHugh “was barrel-chested, with ginger hair and a ruddy complexion, and wore a lot of gingham work-shirts.” He “looks like a farmer.” (p. 4) In short, he’s a goy! And I think Farrow was using McHugh and his difficulties with Yiddish to represent gentiles and their failure to understand the true “Yiddish” nature of the Weinstein scandal. Like Woltz in The Godfather, Weinstein was a Jewish wolf preying on shiksa starlets. When the hounds of goyish law were on his trail, Weinstein called on the help of Jewish foxes at an Israeli spy-agency called Black Cube. And it was the former Israeli prime minister Ehud Barak who brought Weinstein and Black Cube together. (p. 12)

And here’s what one Black Cube agent says to another agent of his highly unethical work for Weinstein: “To me, this is like doing a mitzvah. I’m doing something good for Israel.” (pp. 331-2) In that context, a mitzvah means “a divinely approved deed for a fellow Jew or to serve Jewish interests.” And presumably the Guardian journalist Seth Freedman, also working for Black Cube and Weinstein, thought he was performing a mitzvah and doing good for Israel. Freedman had been a “London stockbroker, then moved to Israel and served in the Israel Defence Forces – IDF – for fifteen months in the 2000s.” (p. 310) Then he began working for the fiercely feminist and anti-rape Guardian. This didn’t stop Freedman spying on female victims of the Jewish rapist Harvey Weinstein and trying to help Weinstein evade justice.h

“I am his people”

The feminist credentials of the Jewish lawyer Lisa Bloom didn’t stop her working for Weinstein either. Ronan Farrow had trusted Bloom and “expressed astonishment” that she had betrayed his confidences to Weinstein’s “people.” Bloom replied: “I am his people.” (p. 237) The reply can be read in two ways, of course. Bloom was one of Weinstein’s employees, but she was also one of Weinstein’s  ethnic group. Bloom might not have consciously meant to convey both meanings, but Farrow’s reporting of her words fits a pattern of “metaphor, irony, and insinuation” in his book. As we’ve already seen, Catch and Kill begins with a ruddy-faced goy who “looks like a farmer” and gets the Yiddish word “fakakta” wrong. Farrow uses the same word for the title of the first chapter of Part III, called “Army of Spies.” The goy Rich McHugh is back in that chapter, again getting the word wrong. Farrow tells him: “Please, Rich, no more Yiddish.” (p. 199) The full goy McHugh doesn’t get it, you see, but the Jew-wise Ronan Farrow does.

Or so I would claim. I think Farrow gets the Jewish nature of the Weinstein scandal – the sexual predation, the Jewish spying and the Jewish solidarity – and wants his readers to “read the white, read what I did not write and what is there nonetheless.” After all, Farrow is Jew-wise because his mother is the shiksa actress Mia Farrow (born 1945) and his legal father is the Jewish director Woody Allen (born 1935) (but his possible biological father was Frank Sinatra). Straight after reporting that Rich McHugh “looks like a farmer,” Farrow wrote about his father being “accused of sexual assault by my seven-year-old sister, Dylan,” and beginning “a sexual relationship with another of my sisters, Soon-Yi, eventually marrying her.” (p. 4) In chapter 5, Farrow describes how his father reacted à la Weinstein to the accusations of abuse: “Allen hired what his lawyer estimated to be ten or more private detectives through a network of attorneys and subcontractors. They trailed law enforcement officials, looking for evidence of drinking or gambling problems.” (pp. 32–3)

Farrow sided with his sister and mother against his Jewish father: “so much of [Mia Farrow’s] talent and reputation was consumed by the men in her life.” (p. 32) And having seen one devious and unrepentant predator at work, he was ready to help when the actress Rose McGowan told him about being raped by another devious and unrepentant predator, Harvey Weinstein. (pp. 30-5) But does Farrow see Jewishness as central to the sexual predation of Allen, Weinstein and the media superstar Matt Lauer, also discussed here? I think he does, and I think Catch and Kill is “communicating unorthodox thoughts ‘between the lines’.”

The unorthodox thoughts are that Jews like Harvey Weinstein are predators on naïve and trusting gentiles. And that Jewish organizations like Black Cube conspire in Jewish solidarity to keep Jewish predators from justice. To repeat the words of that Black Cube agent, as reported by Farrow: “To me, this is like doing a mitzvah. I’m doing something good for Israel.”

It was “verboten” for Ronan Farrow to express those anti-Jewish thoughts openly, but I think he decided to express them esoterically in Catch and Kill. The dumb goy who opens the book misusing Yiddish is a proxy for the dumb goyim who gaped at Weinstein’s crimes, but failed to understand what was really going on. Like Avital Ronell’s abuse of academic power and Jeremy Newmark’s financial fraud, Harvey Weinstein’s sex-crimes were a singularly Semitic scandal.