The past couple of weeks, I watched three films that, tied together, I found artistically superb, personally moving, and very thought-provoking.  I streamed them on the Criterion Channel—a subscription service I recommend if you are a film buff—and Amazon Prime, but between Vudu and Google Play, you’ll be able to rent them.

In the order I saw them: 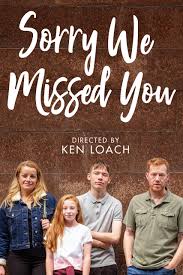 What tied these three films together for me is that they were all compelling dramas about the lives of the White working poor, people rarely the protagonists in contemporary cinema.  If this is a topic that interests you, you could also look into the films of the outstanding Belgian directors Luc and Jean-Pierre Dardenne (“The Promise,” “Rosetta,” “The Son,” “The Child”).

The meaning of art is the outcome of an exchange between the work of art and a particular person—you, me, anyone—at a particular point in his or her life.  What I took from these films will be different from what you do.  But perhaps reading a bit about my experience with them will encourage you to do the same sort of thing for yourself.

The first thing that comes to mind for me is that these three films are top quality.   They have superior artistic merit, and they are true, they touch down on the reality of life.  I ended the last writing I did—an essay/review of the 1999 Stanley Kubrick film “Eyes Wide Shut,” a film I disdained—with this:

Really, the only thing that’s come out of this consideration for me is a commitment to do my best to stay clear of creations as base as “Eyes Wide Shut.”

Since writing that, I’ve been attending to using high quality as a guide.  Is this book, film, top rank, worth encountering?   Does it enrich me, is it truly rewarding, or is it just a pleasant diversion that kills time I’ll never get back and leaves an aftertaste akin to that of a second Snickers bar.  I’ve had enough Snickers bars in my life, and not just in the arts.   So far, so good with that commitment, and I’m better off for it.

The time spent with these three films reminded me that film is a literal medium, in contrast to print—books, articles, opinion pieces.  In film, you can see and hear what’s going on right in front of you; there it is, it isn’t a lifeless abstraction.  In fictional film, as opposed to documentaries, you know there’s a script and that those are actors and it’s a feigned reality, but still, you can see it happening.  And fictional or real life, it’s happening to particular people.   It’s not words on a page, it’s these people—see them, hear them, feel for them.  It reminds us that whatever we are talking about, advocating, declaring to be true and just, ultimately comes down to individual human beings getting their lives done for better or worse in their immediate circumstances, and that human beings and circumstances differ from one another.  In this example, they differ by social class and social advantage.  At its best, film can show us the reality—or better, multiple realities—beneath the words and ideas employed to depict it.

In these three films, we are shown what it is like to be uneducated and poor and struggling to survive in a world that is at best indifferent to your existence.    The people working checkout counters and delivering packages being talked down to and demeaned when they aren’t invisible.  The young mother with her two children in the food bank who frantically tears open a can of food and begins engulfing it right there and then.  “I’m sorry, I’m sorry . . . I’m . . . so hungry . . . I’m sorry.”  The small, deferring older man caught shoplifting meat at a super market looking terribly alone.  “Pay for it and we’ll let this pass.”   “I can’t . . . I’ve just got this [he puts a few coins on the table in front of him].”  “Is there someone in your family who can pay for you?”  “No.”  “A friend?”   “No.”  “Anyone at all?”  “No, there’s no one.”

I grew up poor.   I know what it’s like to live in rented rooms on the second floor of Mister Jensen’s house and have him tell Mother, Dad, and me that we’d have to move because his daughter Mary Jean was getting married and wanted to live temporarily where we were.  But then Mary Jean changed her mind and we could stay.   To live frightened that they will tell you to leave.  To this day, I’m frightened they’ll tell me to leave.

I read a lot of theorizing and prescribing, including in magazines like this one, by people who have lived middle-class lives and have college educations who don’t seem to get what it’s like to be the kind of people depicted in these three remarkable films and what it takes for them to get by in their worlds and to make it out of the fix they are in, or to personalize it, to have been six-years-old living behind a plywood partition in the back of a downtown barber shop with a bed and a radio and the toilet down the hall and keeping quiet so no one knows you are there.

I suggest you watch these three films and see what comes out of it for you:

What was their worth as an artistic, aesthetic experience?

What feelings, memories, insights into your life, did they prompt?   What’s happened to you over the course of your life, what have you become, who you are to yourself and the world?

Did these films make any difference in how you perceive reality and think about things?   About politics, race, social conditions, ideology, your currently favored analyses and solutions to problems, whatever you care about.

Did these films speak to what you are doing with your life and ought to be doing with it?

I hope you have as rich an experience with these three films as I did.