by Colin Liddell, Reposted from Affirmative Right by Permission

How much did the Afghan War cost?

“When you add up the cost of Defense and State Department funds sunk into Operations Enduring Freedom and Resolute Support, then throw in the cost of caring for the conflicts’ veterans and the interest on the money borrowed to cover it all, you’re looking at over $2 trillion, according to a report released Friday.” [source]

I estimate that’s about around $7000 per U.S. citizen. Real value for money! What about the allies?

The UK and Germany – who had the largest numbers of troops in Afghanistan after the US – spent an estimated $30bn and $19bn respectively over the course of the war. [source]

Of course, a lot of people also died, but we won’t go into that. So, what was it all about?

The “prole feed” version of why we were in Afghanistan for TWENTY YEARS!!!! was (1) to fight terrorism, (2) improve women’s education and opportunities, and (3) create a nice cosy environment for Afghan’s LGBTQ+ population. 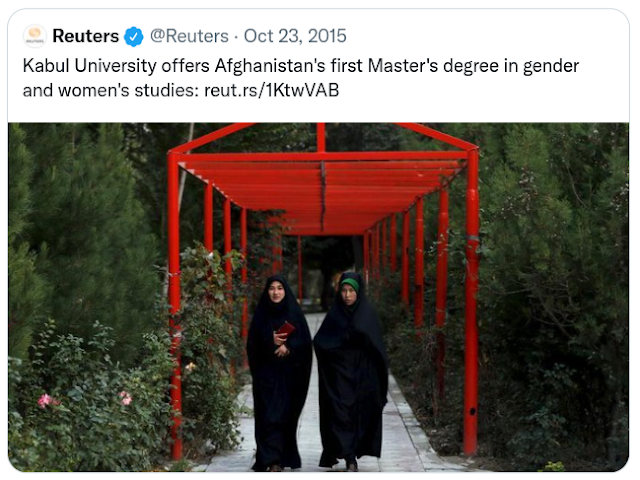 Woke joke!
If you believed any of those “Kabullshit” reasons for even five seconds then you were sadly duped. In fact you can be absolutely sure that certain globalist scumbags were pissing themselves laughing at your gullibility.
No, the real reasons Western countries poured trillions of dollars into this failed enterprise was because there were real potential benefits to our power elites — at least in the early days. But what were they?
One obvious reason was, of course, not even connected to Afghanistan, but to an entirely different country in the Middle East: 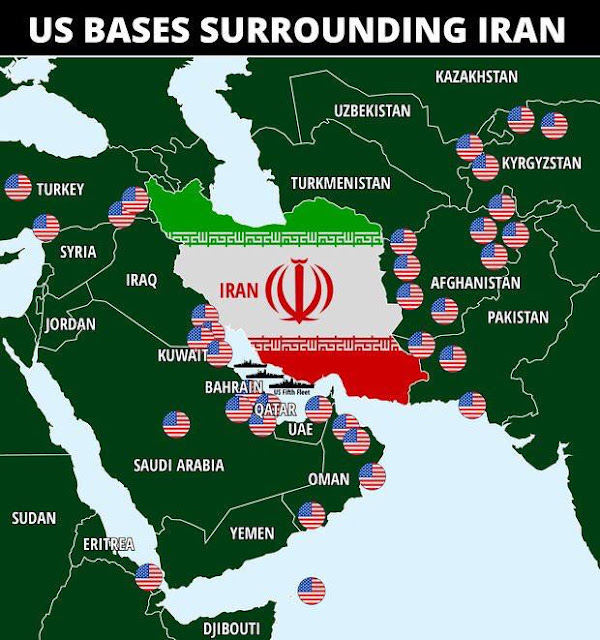 Stop putting your country so close to our bases!
Yes, having U.S. bases in Afghanistan was a geopolitical move against Iran, either to serve Saudi Arabia, Israel, or the petrodollar, and probably all three. With the pull-out from Afghanistan, the Islamic Republic of Iran looks a little less surrounded than it was.
Also, you can extrapolate out from this and see Western involvement in Afghanistan as a move against China and Russia (ChiRus). But that’s a much bigger, fuzzier, and more complex picture, so let’s just stick with keeping this article tightly focused.
What other clear, concise reasons, then, did the West have for wasting the first two decades of the 21st century in a Third World shit hole?
Well, I guess, opium production is worth taking a look at: 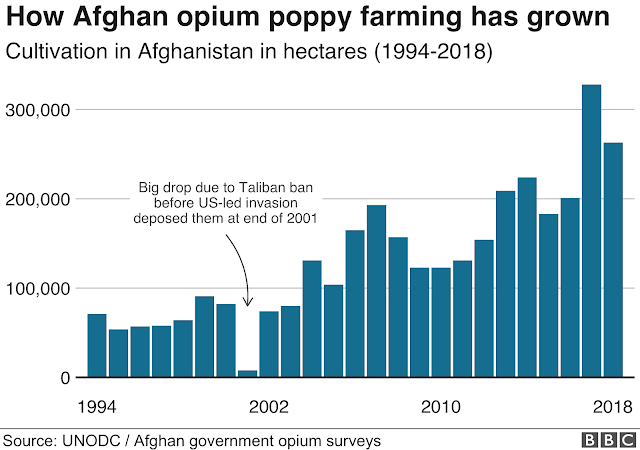 Yup, that’s right. The Taliban, when they were first in power, were quite effective at stamping out the  opium trade. But once the West installed a puppet government, production shot up.
I’m not going to say that was deliberate U.S. policy, because the idea of the American government spending $2 trillion+ just to increase dope production in Central Asia looks retarded. But who knows? In my view, it’s much more a case of farmers turning to a surefire cash crop as a way of surviving the chaos unleashed by Western occupation and Taliban resistance. Also, as part of this picture, there’s plenty of evidence of Afghan government people being tied up in the opium trade and the West turning a blind eye.
But other economic factors are far more important.
Did you know that Afghanistan is sitting on a treasure trove of minerals? No, I didn’t either until I looked. The media was too busy telling me about how wonderful it was that young girls were being encouraged to burn their hijabs by feminist teachers flown in from the West.
Here’s an optimistic report on this mineral wealth from 2014:

“Despite being one of the poorest nations in the world, Afghanistan may be sitting on one of the richest troves of minerals in the world, valued at nearly $1 trillion, scientists say.
Afghanistan, a country nearly the size of Texas, is loaded with minerals deposited by the violent collision of the Indian subcontinent with Asia. The U.S. Geological Survey began inspecting what mineral resources Afghanistan had after U.S.-led forces drove the Taliban from power in the country in 2004.
In 2006, U.S. researchers flew airborne missions to conduct magnetic, gravity and hyperspectral surveys over Afghanistan.
The aerial surveys determined that Afghanistan may hold 60 million tons of copper, 2.2 billion tons of iron ore, 1.4 million tons of rare earth elements such as lanthanum, cerium and neodymium, and lodes of aluminum, gold, silver, zinc, mercury and lithium. For instance, the Khanneshin carbonatite deposit in Afghanistan’s Helmand province is valued at $89 billion, full as it is with rare earth elements.” 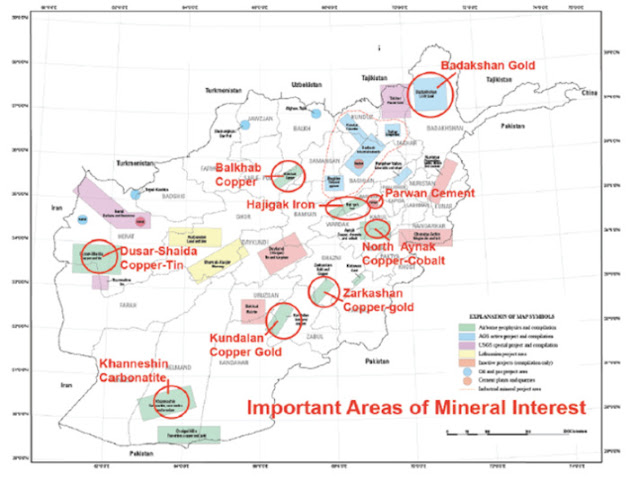 But minerals are hard to get out. The real riches lie just beyond Afghanistan, with Afghanistan merely serving as a stepping stone to get at them.
To the North of Afghanistan lies Turkmenistan, which has almost as much natural gas as the United States. As a remote, landlocked country, surrounded by greedy neighbours, however, it has very few easy routes to offload this precious resource.
Here’s a graph showing how it measures up to the other big gas producers: 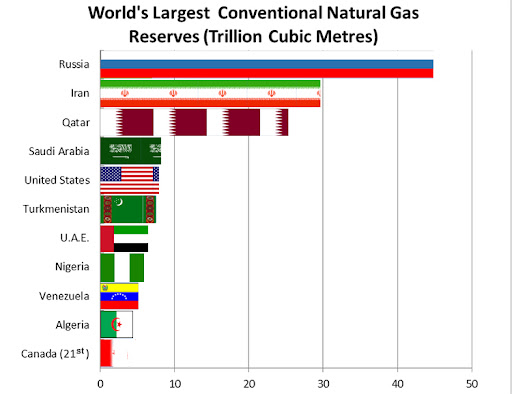 That’s Turkmenistan in 6th place, right behind the USA.
Back in the early days of the occupation, the plan was to pacify the country and then build a nice, long pipeline through Afghanistan, linking Turkmenistan to Pakistan, India, and the Indian Ocean. 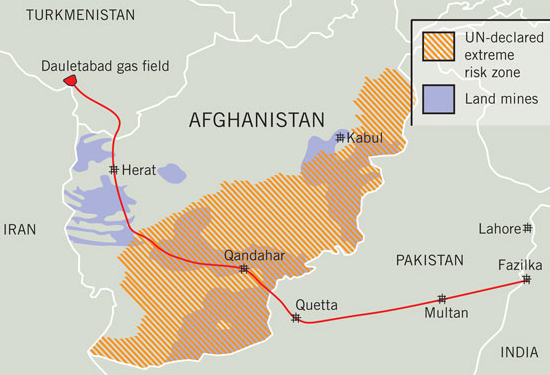 Yeh, I know, in hindsight it looks pretty stupid, and Pakistan is far from being a reliable ally. But in the early Zeroes, it must have seemed almost a possibility. So, what went wrong?

Well, quite simply, the US had a rival, namely China, which decided, as part of its Belt and Road Strategy, to build its own pipeline linking Turkmenistan to China’s vast industrial hinterland. By 2009, Turkmeni natural gas was flowing all the way to Shanghai.

That was the real death knell for Western involvement in Afghanistan, greatly lowering the incentives to stay there year after year.

After 2009, Western involvement increasingly became a question of saving face and protecting political reputations, while also forlornly hoping that the Afghans would turn their backs on the Taliban.

The writing was clearly on the wall, but the Obama Administration thought it was worth a couple more rolls of the dice. That is what led to the pointless troop surges of 2009 and 2010: 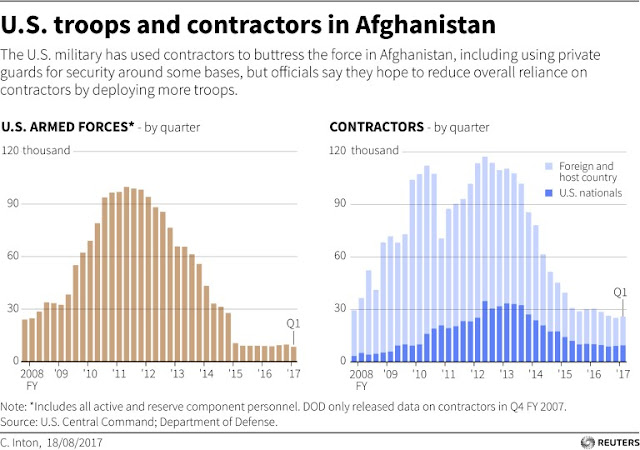 Once that failed, it was merely a case of hanging on to pass the poisoned chalice of defeat to someone else. Finally, in the last few days, it ended up on Joe Biden’s lips. Suck it up, Joe! You’re the fall guy for decades of failure. 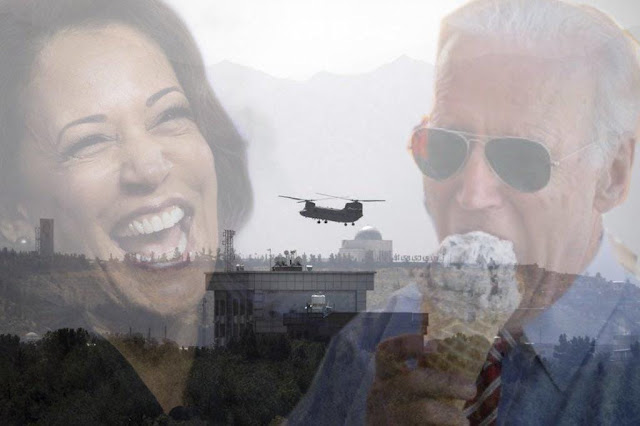 Colin Liddell is the Chief Editor of Affirmative Right and the author of Interviews & Obituaries, a collection of encounters with the dead and the famous. Support his work by it here (USA), here (UK), and here (Australia). He is also featured in Arktos’s collection A Fair Hearing: The Alt-Right in the Words of Its Members and Leaders.