“Hideously white.” That was what a righteous White leftist called Greg Dyke called the BBC in 2001. Dyke was actually the Chief Commissar of the BBC at the time. And did he then resign in protest at his own “hideous whiteness”? Or did he vow that, henceforth, he would donate at least half of his huge salary to pro-Black causes and anti-racist charities?

No, of course he didn’t do that. Leftists believe in posturing, not in payment. They pose and posture; ordinary Whites then pay the price. And Dyke followed another leftist rule in his attack on his own organization: he didn’t speak the truth. The BBC wasn’t “hideously white,” because Whites weren’t over-represented there. He said, for example, that “the management of the BBC” was “almost entirely white.” In fact, the management of the BBC has been disproportionately Jewish for many decades and Jews do not regard themselves as White. Dyke himself doesn’t appear to be Jewish, but he knows from the inside how successful Jews have been at the BBC: Alan Yentob, Danny Cohen, Jenny Abramsky, Mark Damazer, and more have all held positions of great power and influence.

Genuine British Whites were actually under-represented at the BBC in 2001, particularly in management, and they’ve only become more so since then. The BBC reflects Britain as a whole: hideous whiteness has fallen, ethnic enrichment has soared. Britain’s tiny but very powerful and influential Jewish community has played a central role in wiping out Whiteness. Barbara Roche, the Jewish immigration minister under traitorous Tony Blair, told the Guardian in 2001 that she “entered politics — she still emphasises this today — to combat anti-semitism and xenophobia in general.” In 2003, while urging her party “to promote the benefits of legal migration,” she told the Independent that “My being Jewish informs me totally, informs my politics.”

Britain is a Judeocracy, not a democracy

That’s why Roche opened Britain’s borders to the Third World with great enthusiasm but little fanfare. After all, the Labour party didn’t want to alert its traditional supporters in the White working-class. But those supporters noticed what was happening and didn’t like it. They wanted much less migration and much more control of the borders. That’s why they turned away from Labour and gave their votes to the Conservatives. Their switch has had no effect. The Tories entered government loudly promising to control migration and have completely failed to fulfil their promises. This failure has been explained by the part-Jewish George Osborne, former Chancellor in the Conservative government: in 2017 he “revealed that, despite having pledged to reduce immigration in both its 2010 and 2015 general election manifestos, the Tory leadership secretly abandoned this ambition long ago.”

Well, it was “secret” to the ordinary Whites who voted Tory, but not to the Jews who finance the Tory party and are heavily over-represented in its senior ranks. If Jews didn’t want open borders, Britain wouldn’t have them. But Jews do want open borders and that’s why Britain has them. The same applies in the US, where righteous Jews in the Democratic government keep the borders open and crack down on White supremacism. Ethnic enrichment is good for Jews, as Barbara Roche herself pointed out in 2011:

Friday rush hour. Euston station [in London]. Who’s here? Who isn’t. A kaleidoscope of skin colours. The world in one terminus. Barbara Roche can see it over the rim of her cup of Americano coffee. “I love the diversity of London,” she tells me. “I just feel comfortable.” (Hideously Diverse Britain: The immigration ‘conspiracy’, The Guardian, 2nd March 2011)

Roche felt “comfortable” because, amid that “kaleidoscope of skin colours,” she didn’t stand out as a Jew. But she would have felt exceedingly uncomfortable if she’d been at Aldenham Country Park in Hertfordshire on 12th June this year. There was no “kaleidoscope of color” at the park, just a sea of staleness and paleness. What was happening? Well, a group of white supremacists were celebrating what they dishonestly called a “Family Fun-Day.” In fact, it was a Fascist Fun-Day. Why else were communities of color so conspicuously and horrifically absent from the festivities? Photographs of the Fun-Day reveal that it was “hideously white.”

But that Fascist Fun-Day was even worse than it appeared, because a large group of Jews were there at the same time: the charity Jewish Care had booked Aldenham Country Park for a genuine “Family Fun-Day” on the exact same day. I can only conclude that the Jewish families turned up, saw the hideous whiteness of the fascists at the park, and fled for their lives. Jews “love diversity,” remember. They “just feel comfortable” amid a “kaleidoscope of skin colours.” So while the fascist fun-day was a sea of hideous whiteness, the Family Fun-Day organized by Jewish Care would have been a kaleidoscope of color. It’s no coincidence that a Jew called Enver Solomon heads the Refugee Council, which works night and day to enrich Britain with Blacks, Muslims and other vibrant folk from the Third World. 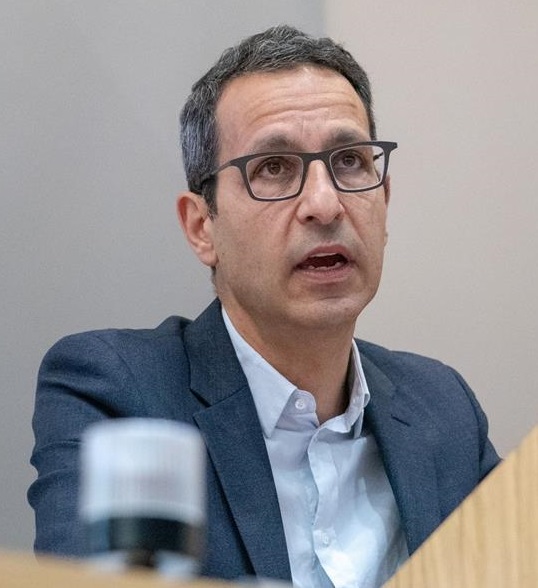 When the so-called Conservative government pretended it was going to get “tough” on illegal migrants by sending them to Rwanda (see Andrew Joyce’s “Thoughts on Britain’s Rwanda Plan” at TOO), Solomon wrote a stern article for the Guardian entitled: “UK asylum seekers sent to Rwanda? That takes punishment of fellow humans to a new level.” He’s following that age-old Jewish injunction to “Welcome the Stranger,” as set forth in the Jewish Bible. And so Jewish Care would surely have invited their “natural allies” in the Muslim and Black communities to join the Family Fun-Day at Aldenham Country Park.

Well, sarcasm over. Jewish Care didn’t invite Muslims and Blacks to join the festivities, of course. The photographs aren’t of a Fascist Fun-Day but of a genuine Jewish Family Fun-Day. That’s why the photos are “hideously white.” Ashkenazi Jews flocked to Hertfordshire to enjoy what they assiduously deny to White British goyim: the exclusive company of their own kind. Jewish Care’s Family Fun-Day wasn’t enriched with Blacks or Muslims, which is why it wasn’t enriched with crime or obnoxious behavior either. While working tirelessly to turn Britain and other Western countries into Third-World swamps, Jews are careful to maintain ethnocentric islands amid the chaos and crime. If those islands are ever threatened with submersion by vibrancy, Jews have a secure place to flee: the ethnocentric enclave of Israel, where that age-old Jewish injunction to “Welcome the Stranger” is completely ignored. Israel doesn’t welcome black and brown strangers: it keeps them out with high-tech fences. 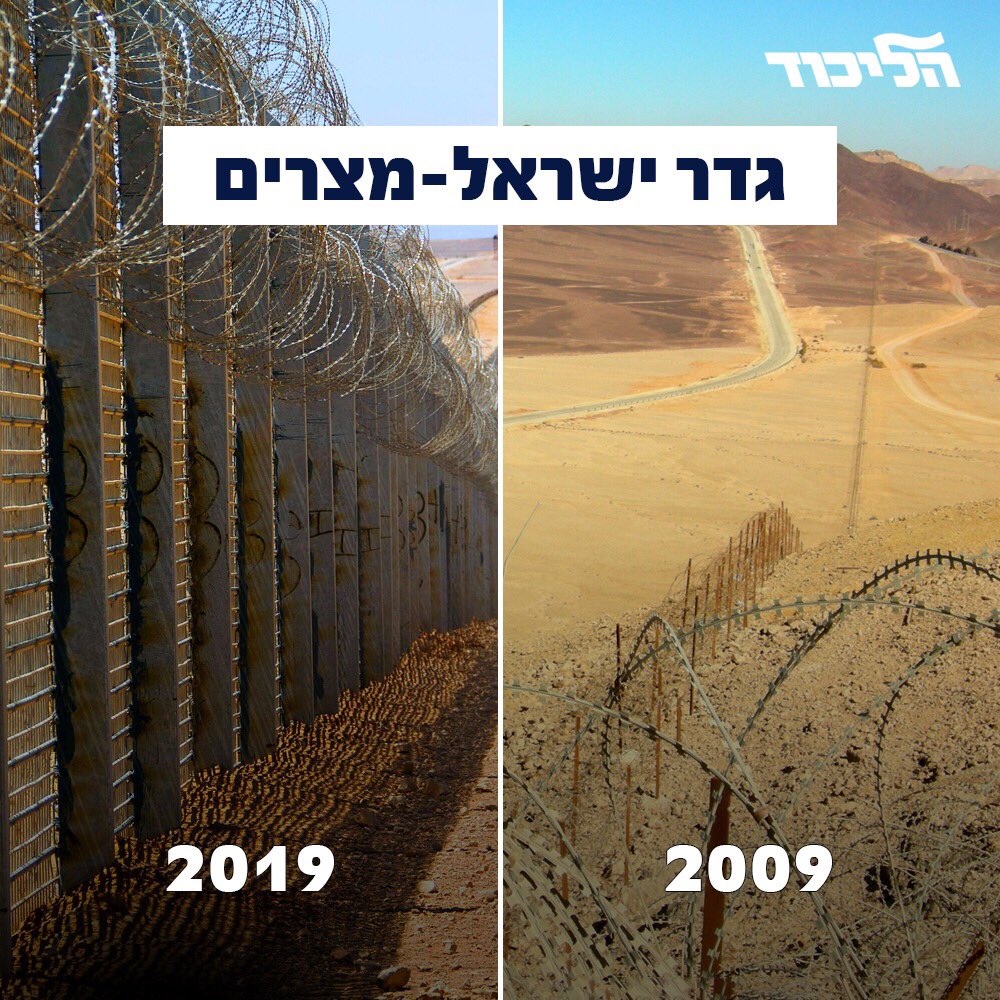 But what’s good for Jews — ethnocentrism and exclusion — isn’t good for goyim. Or rather, it is good for goyim, but that’s precisely why Jews want to deny it to goyim. Jews don’t want what’s best for Whites: they want what’s worst for Whites. That’s why both America and Britain have open borders and endless ethnic enrichment. Jews are in control of politics on both sides of the Atlantic, so governments pursue what’s worst for Whites, not what’s best. But I think Jews should remember a warning from their own Bible: “Whoso diggeth a pit shall fall therein: and he that rolleth a stone, it will return upon him.” (Proverbs 26:27)
https://www.theoccidentalobserver.net/wp-content/uploads/2018/06/TOO-Full-Logo-660x156-1.png 0 0 Tobias Langdon https://www.theoccidentalobserver.net/wp-content/uploads/2018/06/TOO-Full-Logo-660x156-1.png Tobias Langdon2022-06-27 10:03:422022-06-28 03:53:39A Fascist Fun-Day: Enrichment for Whites, Ethnocentrism for Jews
12 replies