We have chosen Obama’s adopted hometown of Chicago and the actions taken by his friend and former Chief of Staff Chicago Mayor Rahm Emmanuel as a case study to illustrate how liberal ideologically driven interventions actually exacerbate a problem without solving it. The unsolved problem is the skyrocketing number of murders in Chicago, the highest in almost 20 years. In 2016 Chicago had more murders than Los Angeles and New York combined. 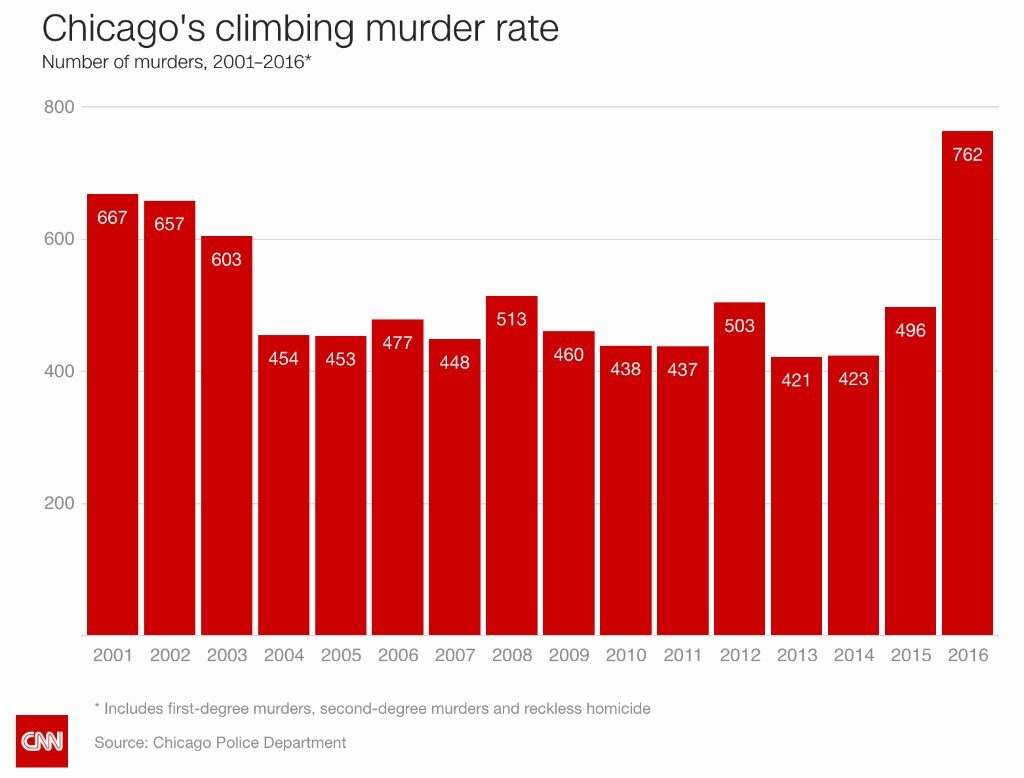 During Obama’s eight years in office 3,930 people have been killed in homicides across Chicago. The vast majority were young Black males killed by other young Black males. To put this in perspective, this is nearly as high as the 4,229 service members killed during the Iraq War under President George W. Bush.

The numbers out of Chicago clearly show a reversal in the decades-long downward trend in murder rates in American cities. And it is certainly not unique to Chicago. In the most populous American cities, murder rates generally increased in 2015 over 2014 ( e.g. Baltimore, 63% increase, Washington, D.C., 54%, Milwaukee, 65%, etc.)

Non-fatal shootings are perhaps an even better barometer of the level of violence in a community, at least partly because better medical procedures saving lives. On that front, Chicago’s numbers are also record-setting. The city recorded 3,550 shooting incidents and 4,331 shooting victims in 2016, compared with 2,900 shootings in 2015. Again, 2015 was 13% more than 2014. So the data we seek to explain is the accelerating rise in both murders and non-fatal shootings over this two-year span.

Chicago keeps detailed annual statistics on major crimes. Until 2011, it published the race of offenders, but shortly after Obama’s election, Mayor Emanuel, ordered the police department to stop releasing that information to the public. The most recent racial data, the 2011 report (p. 53) shows that, like most US cities, there are stark racial differences. Murder offenders were 70.5% Black, 24.3% Hispanic, and 3.5% White.

The first action Mayor Emanuel took upon taking office took is quite illuminating. He chose to eliminate any potential discussion of Black violent crime in the city by simply erasing that information from the public record. In traditional Orwellian doublespeak, this is referred to by the extreme left as “transparency”, or sometimes as “openness”.  While the MSM does not like such facts to be generally known, Black murder rates are consistently 7 to 10 times higher than White murder rates in US cities, including Chicago, and the overwhelming majority of Black homicide victims (93 percent from 1980 to 2008) are killed by blacks. END_OF_DOCUMENT_TOKEN_TO_BE_REPLACED