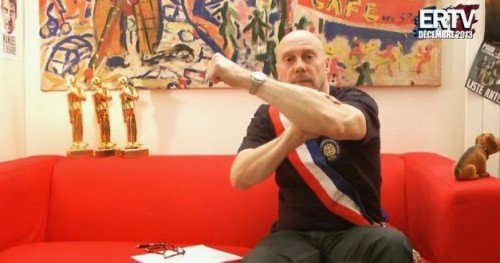 Alain Soral has become an influential presence on the French political and cultural scene. The following attempts to shed some light on this complex and fascinating figure.

What are Alain Soral’s political positions?

Soral’s political positions are complex but can be summarized as a “French Third Position.” Practical policies include: National sovereignty, halt of immigration, bankster-free economics, social conservatism, non-aligned foreign policy, end to nanny-statism and feminism, return to virility, alliance with Russia, ideally the creation of “European protectionism” to organize the economy on a Continental scale.

The Ukrainian crisis has instigated an effort by the West to get into Putin’s mind, and this has inevitably led to his advisor, Prof Alexander Dugin, a leading Eurasianist and the architect of Putin’s geopolitics.

Inevitably, Dugin’s anti-liberalism has been a source of grave concern for American commentators. His book, The Fourth Political Theory, has been read with interest by a minority of them, who, though not necessarily in concert with Dugin’s geopolitical aims, do share his negative conclusions regarding liberalism and do recognise the need for something better. Needless to say, these commentators are outside the American mainstream.

Those inside the mainstream, being liberals to a man, have felt very threatened. For them, liberalism and Americanism are one and the same, and Dugin must therefore be a mad philosopher calling for the end of the world.

Among those most threatened, apparently, are the folk at the National Review. They have not only felt the need to publish multiple hit pieces about Dugin, but they have also enlisted a rocket scientist to write them. Enter Robert Zubrin. END_OF_DOCUMENT_TOKEN_TO_BE_REPLACED

This is an abridged version of the talk to American Freedom Party members, given in Los Angeles, July 6, 2013.

At first sight it appears that launching a nationalist or a racialist, or a so-called right- wing party in Europe is a relatively easy task — easier than in the USA, where the two party system reigns supreme. But there are often legal and electoral tricks and traps in Europe, not to mention the powerful impact of the ideology of political correctness that hinders nationalist parties in Europe to advance in the political system. Unlike the United States, all 28 member states in the European Union have a fair number of nationalist parties, many of them with representatives at the national, local, or at the European level—although the number of their representatives is almost negligible and their voices hardly audible.

The advantage of the European electoral process is the proportional representation system, common to all states in the EU. It means in practice that a party, however large or small it may be, is assigned a number of seats in the parliament, or at the local council, or municipal level,  based on its proportional score in the election. Thus, if a party obtains 5 %, or 10 %, or 30% of votes it will be theoretically awarded with 5 %, 10%, or 30% of seats in a national parliament or at a local city council. END_OF_DOCUMENT_TOKEN_TO_BE_REPLACED