From time to time I get letters from students who say they are on page with ideas like mine and want to pursue  a career in the academic world. I always tell them they have to be a secret agent, not only as a grad student but at least until they get tenure. And if you come out of the closet after you get tenure, don’t expect to get any grants or be invited to any of those cool faculty parties.

It’s pretty much the same in the movie industry, and for much the same reasons: A powerful and pervasive bias toward the left. In both areas and particularly in Hollywood, there is a strong Jewish influence that means that overt displays of Christianity are a ticket to oblivion.

This came out recently in an article in the Hollywood Reporter (“Conservative Actors Reveal Life of Secrecy, Lost Jobs Amidst ‘Intolerant Left’“). 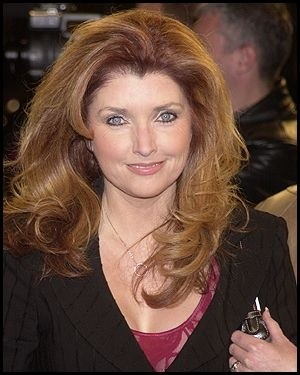 Morgan Brittany, an actress perhaps best known for her work in Dallas, the prime time soap opera of the 1980s, says that “I’d go out on location with the Dallas crew. .. Everybody in the van was bashing (President Reagan). I never said anything because I thought I’d lose my job. And I probably would have lost my job.”

I had the academic version of the exact same experience:

I remember before I became an academic scofflaw—when I became a Reagan-type mainstream conservative, somewhere in the early 80s. Going to an academic party became an experience in dissembling—forced smiles at anti-Reagan jokes uttered with absolute confidence that everyone would join in the fun. There is an absolute certainty that all conservatives have two-digit IQs and are infinitely inferior to them intellectually. (“Why are professors liberals?” The Occidental Quarterly, Vol. 10#2, Summer, 2010)

Like her, I didn’t let people know my political views at the time, prudently waiting for the magic of tenure. Once Brttany came out of the closet, her life changed dramatically:

“Oh man, the flack I took from the people, the agencies — ‘oh, you can’t say that. You can’t do that. Casting people might see you. And directors!'”

“What is this, the blacklist?” she said. “They’re not going to hire me because I have an opinion? That’s the way Hollywood is and, unfortunately, I got that. But I still wasn’t going to back down.”

This is delicious irony, since the Hollywood blacklist remains a touchstone of Jewish hostility toward the culture of 1950s America because so many victims of the anti-communist fervor of the period were Jewish screenwriters. (See here, pp. 39-40.) The blacklist of the left that now prevails targets a quite different group, but of course we never hear any principled condemnations of the new blacklist from the people who matter in Hollywood.

Brittany has a great anecdote about Ed Asner, the well-known Jewish actor:

“Every night he just loved me and came in and gave me a big hug,” she said. “Then one night he was going crazy about Gore and Bush and stealing the election. I’m backstage and I said, ‘Ed, chill, not everybody thinks the way you do’.”

“From that moment on, he never spoke to me again, except on stage,” she said. “This is what we’re dealing with. The intolerance of the left.”

“The intolerance of the left.” Exactly. Intolerance against views that are well within the American mainstream–against a president who was completely tone deaf on immigration, the one issue that mattered for a real conservative. But for someone like Asner, being pro-Reagan condemns one to the furthest reaches of Hell. It’s okay to ruin their career or deny them free speech. They might as well be wearing swastikas. It’s the mentality of Bolshevism.

While a starlet in her 20s [Brittany] met with the late Jay Bernstein, who managed the careers of Farrah Fawcett and Suzanne Somers back in the day, but the meeting went awry after Bernstein noticed the cross Brittany wore around her neck.

She said Bernstein told her: “You’re going to have to lose that, honey.

“He was a star-making manager, but I couldn’t sign on with him,” Brittany said.

In all the citadels of the elite–whether it’s Hollywood, the academic world, Wall St., or the media, not only do we see high levels of Jewish ethnic networking. We also see exclusion of certain types of non-Jews, particularly those who are overtly conservative and Christian, and promoting non-Jews who are tuned into the leftist zeitgeist.  Supporting California ballot Proposition 8, which banned gay marriage, was also a career ender in Hollywood, while at the same time there was wall-to-wall support for Roman Polanski in his attempts to avoid punishment for his sexual escapades with an underage girl.

The attitudes of Hollywood reflect the left/liberal cultural attitudes of the wider Jewish community — attitudes that are hostile to the traditional people and culture of America and the West. Whatever else one might say about him, Polanski is Exhibit A for the category of unusual or deviant lifestyle. Polanski’s behavior is exactly the sort of thing that Hollywood would see not as moral turpitude, but as reflecting a cutting-edge, unconventional lifestyle choice of a creative, talented person. (See here.) 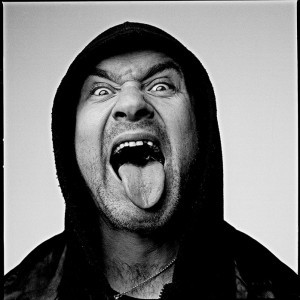 So while conservatives and overt Christians are excluded, those with non-traditional and even deviant lifestyles are welcomed. Perhaps the nadir of this latter tendency is the art world, where only the most depraved, like Damien Hirst, need apply.

And this is how our elites become hostile to the traditional people and culture of America and the West.