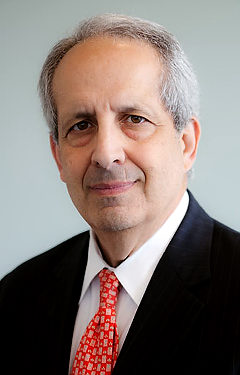 The news that the General Counsel of the SEC, David M. Becker, is being sued with his brothers by the Madoff trustee to recover $1.544 million in “fictitious profits” reaped from a Madoff account they inherited from their mother has caused a sensation. Not everyone believes Becker’s sudden return “to the private sector” announced on February 1st is coincidental. No new employer has been named. (See Madoff victims’ trustee seeks payouts from family of David Becker, SEC general counsel by David S. Hizenrath The Washington Post February 23, 2011.)

Valuable fresh light is shed on the Madoff scandal by the Becker news, but not in the dramatic ways some assume.

This is no smoking gun proving SEC connivance in Madoff’s crime. Becker was not a career employee at the SEC – he had a spell from 1998 to May 2002 at the Agency after 20 years as a DC lawyer in private practice. SEC chief Mary Schapiro recruited him back in February 2009 after the scandal broke. Harry Markopolos began his heroic but futile attempt to expose Madoff at the Boston SEC office in May 2000 at the time that Becker was General Counsel in Washington. It is possible, but not really plausible, that word would have trickled up to him — poor Markopolos made so little progress during this period. For much of the sorry saga Becker was not at the SEC at all.

Furthermore, while the inference from the lawsuit that the Becker account saw a $500,000 investment quadruple might seem startling, since in fact the account was established by Becker’s parents and probably was decades old, this is not in reality impressive. Madoff purported to be giving double-digit returns: $100 compounded at 10% for ten years becomes $259.37.

On the evidence, it does not appear the Beckers were part of the privileged circle upon which Madoff lavished spectacular benefits—so rotten that the Picower estate agreed to forfeit $2.2 billion to the Feds and the Carl Shapiros $625 million. They appear to have been just another of the numerous unfortunates whose long standing relationship with Madoff and withdrawals put them unwittingly in the position of being “net winners”.

However, in Is The Madoff Scandal Paradigmatic?, Kevin MacDonald and I noted two cases whistle-blower Harry Markopolos recounted in his book No One Would Listen of being treated with strange hostility when merely reporting on his experiences while trying expose Madoff. We suggested these paralleled the notorious experience of the actor Cliff Robertson, blacklisted by Hollywood for years for inadvertently uncovering the embezzlements of (inevitably Jewish) studio chief David Begelman: a case of

unrestrained rage against someone deemed to have caused damage to a community member — quite regardless of the ethical facts.

Further investigation revealed that in one case, that of Senator Charles Schumer (D-NY), there was actually very strong personal motivation. As I noted in Did Schumer Shill for Madoff? it appears that Schumer took control of the Senate Banking Committee session in which Markopolos was slated to testify, and he ran it to minimize Markopolos’ role. Schumer had an interest (which he did not disclose): he had intervened in the last SEC Madoff investigation, which ran from 2006-8 and missed the fraud entirely. Markopolos learned this when he was testifying to David H. Kotz, the SEC Inspector General about Madoff. Kotz, shamefully, did not mention the Schumer call anywhere in his 457-page report. As I said

To my mind this utterly destroys the integrity of the report. How can you evaluate a massive investigative failure and not mention an intervention by a very prominent Senator during the last and biggest probe?

The second example of strangely hostile behavior was by David M. Becker. From Is the Madoff Scandal Paradigmatic?:

When Markopolos went (voluntarily) in March 2009 to brief the newly appointed chief of the SEC, Mary Schapiro, David Becker, the career Wall Street lawyer imported the previous month as SEC General Counsel, picked a quarrel over extraneous trivia and threw a tantrum so violent that Markopolos’ lawyer “thought that he was about to come right over that table and go for my throat” (Markopolos, 249). Consequently, the meeting was terminated.

Amusingly, what Becker was ostensibly complaining about was that Markopolos was putting him in a conflict of interest situation. Obviously, he did not disclose he had benefitted from the Madoff fraud which Markopolos would certainly have reported.

(Amongst the flow of stories discussing the Becker development, only Britain’s Guardian newspaper raised [and slightly mis-stated] the Markopolos link. [Madoff trustee sues US watchdog lawyer over alleged $1.5m profit Dominic Rushe Wednesday 23 February 2010.] Another triumph for the selective news sense of the American MSM.)

Did Becker disclose his Madoff interest when he was recruited to be SEC General Counsel in February 2009 directly as a result of the scandal? Bloomberg reports:

Asked whether he disclosed his family’s investment with Madoff when he rejoined the SEC, he said, “I can’t discuss internal discussions.” (SEC’s Top Lawyer Becker Sued for Inheriting Madoff Ponzi Profits by Jesse Hamilton Feb 23, 2011)

When he returned to the agency, [Becker] informed the agency of his connection to the Madoff fraud, according to two people with direct knowledge of the situation. (Top S.E.C. Lawyer Sued by Madoff Trustee By Peter Lattman February 23, 2011)

This sounds dubious. What is clear is that Becker habitually did not disclose his Madoff involvement:

[According to] Helen Davis Chaitman, a nationally renowned lawyer who represents numerous Madoff victims and was one herself…,  “It’s just kind of amazing that the SEC, which is all for honesty and full disclosure, never disclosed the fact that the person they have appointed to deal with investors on this issue had a clawback issue himself.”

If indeed Becker did tell the SEC, the judgment of SEC chief Mary Schapiro looks highly questionable. Markopolos hints in his book (p. 248) that Schapiro is very influenced by personal links: perhaps this was an example of the “culture of cronyism” to which Congressman Ackerman refers in the article above.

In our essay, Kevin MacDonald and I concluded:

the Madoff scandal has the potential to illuminate the economic and political prerogatives usurped in late 20th-century America by what can only be described as the new ruling class.

Here we have proof of two prominent Jewish public officials behaving deceitfully when dealing with the Madoff matter. Why Becker chose to put himself in this position is a matter for speculation. Perhaps it was the consequence of coming from a culture of dual standards – the propensity for self deception which Kevin MacDonald has identified.

As new General Counsel, Schapiro has named Mark D. Cahn, who was brought into the SEC shortly after Becker.

Schapiro, Becker, Kotz, Cahn…could there be a pattern here?