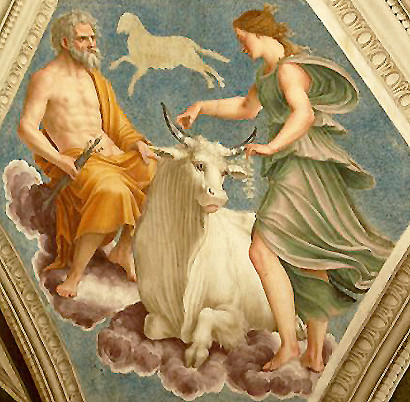 The “West”? Raymond Abellio observed that “Europe is fixed in space, that is to say, in geography, as opposed to the West which is “portable.” In fact, the “West” has continued travelling and changing directions. In the beginning that term meant the land where the sun sets (Abendland), as opposed to the land of the rising sun (Morgenland). Starting with the reign of Diocletian in the late third century AD, the opposition between East and West came down to the distinction between the Western Roman Empire (whose capital was Milan and then Ravenna) and the Eastern Roman Empire in Constantinople. The first one disappeared in 476 AD, with the abdication of Romulus Augustulus. After that the West and Europe merged for good. However, starting with the eighteenth century the adjective “Western” came to light on nautical charts referring to the New World, also called the “American system,” as opposed to the “European system,” or the “Eastern Hemisphere” (which then included Europe, Africa and Asia).

In the interwar period the West, having always been associated with Europe, as for example in Spengler’s works, was contrasted to the Orient, which turned into an object of fascination (René Guenon) and a scarecrow (Henri Massis). During the Cold War, the West included Western Europe and its Anglo-Saxon allies such as England and the United States, both being at that time opposed to the “Eastern bloc,” dominated by the Soviet Russia. This view, which allowed the U.S. to legitimize its hegemony, survived the collapse of the Soviet system (also for example with Huntington).

Today, the West has again acquired new meanings. At times it can have a purely economic one: “Western” are all developed, modernized, industrialized countries, such as Japan, South Korea and Australia, including the countries of the former “Eastern Europe,” North America or Latin America. “Ex Oriente lux, luxus ex Occidente,” (Light comes from the East; luxuriousness comes from the West) quipped jokingly the Polish writer Stanislaw Jerzy Lec. The West is losing its spatial content only to become merged with the notion of modernity. On the global level and as the last incarnation of furor orientalis in the eyes of Westerners, the West is opposed to Islamism. Accordingly, a fundamental divide separates the “Judeo-Christian” West from the “Arab-Muslim East,” and some people do not hesitate to predict that the final struggle of “Rome” and “Ismaël” — the war of Gog and Magog — will culminate in the messianic era.

In reality, there is no more such thing as the unitary “West,” just as there is no homogenous “East.”  As for the notion of the “Christian West,” it has lost all meaning ever since Europe sank into indifference and  “practical materialism” and in view of the fact that religion has become a private matter. Europe and the West have become completely disjointed from each other — to the point that defending Europe often means fighting against the West. No longer related to any geographical domain, let alone cultural, the word ‘West’ should be forgotten for good.

Let us rather talk about Europe. By thinking objectively, that is to say, by acquiring the gift for distancing itself from its self, and in order to be able to objectively rule on the true, the just and the good, Europe, all of a sudden, wished to access the universal — a desire that is not to be found in other cultures. Jean-François Mattei rightly speaks about the “theoretical view of the universal.” This idea of the universal has later on degenerated into universalism, which originally had a religious nature and then a secular nature (there is just as much distance between the universal and universalism as there is between liberty and liberalism). In its quest for Sameness, universalism boils down to the ideology of the Same, at the expense of Difference, i.e. in affirming the primacy of Oneness over Multiplicity. But it also reflects hidden ethnocentrism to the point that any idea of universal inevitably reflects a specific conception of the universal. Initially, there was a need to grasp the Other from the point of view of the Others and not from one’s own Self — which was both commendable and necessary. Afterwards, one gave up on being his Self — which turned out to be catastrophic. 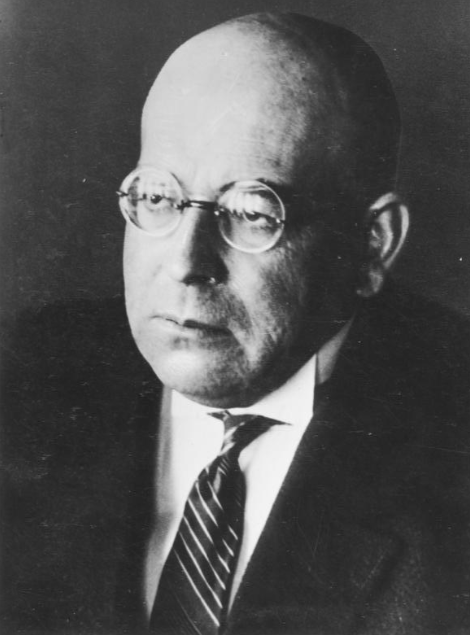 Europe seems to be now in decline at all levels. The very construction of Europe is melting away before our eyes. Not only is Europe the “sick man on the economic planet” (Marcel Gauchet);  it is also facing an unprecedented crisis of intelligence and political will. It wishes to bail out of history, driven by the idea that the present state of things — the boundless capital and techno-science — are expected to continue their course forever and that there is nothing else possible, and especially that there is nothing better. Ceding to an impetus that has become a part and an object of the history of others, Europe has exempted itself from its very self. Between the destitution of its past and the fear of its future, it believes in nothing else other than abstract moralism and disembodied principles that would save her from thriving in its being — even if the price is its metamorphosis. Forgetting that history is tragic, assuming that its can reject any consideration of power, searching for consensus at any cost, floating weightless, as if in a form of  lethargy, not only does it consent to its own disappearance, but it interprets its disappearance as a proof of its moral superiority. One can obviously think of the “last man” that Nietzsche talked about.

So the only thing that is not declining is the subject of the decline itself — which is the subject of the permanent “declination.” This issue is not an offshoot of the old tradition of cultural pessimism. We need to know whether history obeys intrinsic laws that go beyond human action. If there is a decline of the West, then this decline comes from far away and must not be reduced to the present state of affairs such as globalization. The fate of a culture is contained in its origin. Its very history is determined by its origin because its origin determines its historical itinerary, its narrative skill, and the content of its narration. Historically, the Western idea first expressed itself in a metaphysical form, after that in an ideological form, and then in a “scientific” form. Evidently, it is running out of steam today. The West has said everything it had to say; it conjugated all its myths in every possible manner. It is coming to an end in a chaotic dissolution, as a depletion of energy and all-out nihilism.

The real issue is whether there is another culture which, having already embraced modernity, could offer the world a new form of mastering the universal, both in theory and practice, or for that matter, whether Western culture, having reached its terminal phase, could give birth to another one. Indeed, when a culture comes to a close, another one can replace it. Europe has already been the site of many cultures and therefore, there is no reason why it can’t be again the homeland of a new culture, of which we need to detect warning signs. This new culture will follow on the preceding one, but it will not be its extension. Rather than lapsing into unnecessary lamentation, what is needed is an eye sharp enough to look at the margins where something can grow that enables hope.

We are back at Spengler’s, but with one correction; what comes to an end heralds a new beginning.

Alain de Benoist is a philosopher. His websites are: http://www.alaindebenoist.com/ and http://www.revue-elements.com/. This editorial was originally published in Elements, #139 (April–June, 2011).