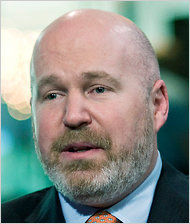 Clifford Asness: With My Money, I Get To Overthrow Christian Tradition

The article itself is a fawning portrayal of Cuomo…It also tells how rich Republican donors, several of them Jews, allied with Cuomo and gave huge sums to pay for the lobbying campaign that led to the homosexualist victory.

And it tells how several legislators, both Democrats and Republicans, who had opposed homosexual “marriage” two years ago changed the minds–for the most insubstantial and personal reasons

(Most likely the “insubstantial and personal” reasons plumped up envelopes very nicely.)

I discussed this curious funding pattern in We’re Rich; We’re Jewish: We Rule on May 14th, concluding

What these wealthy Jews are saying is that their opinions backed by their money should get paramountcy, and the preferences and religious scruples of the majority of their fellow countrymen count for nothing and should be ignored…the motive is straight out of Kevin MacDonald’s analysis – an insatiable and ferocious lust to eradicate the Christian aspects of the culture of their host, regardless of the fruits it has allowed them to reap.

Evidently damage control has been instituted, because Auster was promptly challenged by an argumentative Troll, “Steve W.” whose objections he elected to meet in Did VFR make a prejudiced reference to Jewish supporters of homosexual “marriage”? (Unlike OO, View From The Right does not permit automatic comment posting.) I found it a fruitful piece.

“Steve W” took the conventional line usually obeyed by the MSM, that Jews should be invisible. Auster replied:

Four men are named in this account: the three moneybags pro-homosexual “marriage” Republican donors, and Cuomo’s number two aide, who as a result of their six figure donations “began to see a path to victory.” Of the three donors, at least two, Singer and Loeb, have Jewish names (and the third, Asness, might be Jewish as well), along with Cuomo’s aide, Cohen. So the Jewish aspect of this operation stuck out.

(As I noted before, not only is Clifford Asness Jewish, he was the biggest donor in Temple Sholom of Greenwich’s Kol Nidre Appeal this year – see here, Page 5.)

Sorry, Steve W., but if the shoe fits, wear it. I’m Jewish but am not in the least bit offended by references to the truth about our so-called brethren who do everything they can to keep cracking the foundations of this once great culture. Jews have a disproportionate negative influence on the issues that threaten our way of life, and it’s about time we realize it as a group and cease and desist!

We notice Jewish names that are prominent in destructive radical issues for the same reason we talk about black crime. It’s not the crime–it’s the proportions. Violent crime is pretty much a young man’s specialty, but within that group black males predominate disproportionately. This is Truth 101 to readers of your blog.

Likewise, in the U.S., a huge proportion of loudmouth leftists are Jews. What they espouse is completely antithetical to traditional morals, law, tradition and culture. (Perhaps that’s the reason they espouse them.) And it’s deeply troubling to me, as a traditional Jew, to say this. But I can’t deny the facts any more than a law-abiding black citizen can deny the facts about black crime.

Here is the true litmus test question for Steve W.:
If VFR were a liberal, Jewish-oriented blog and Mr. Auster’s post had been celebrating rather than condemning the passage of same-sex “marriage” in NYS, and had praised these men as good Jews for their key influence in bringing about this great advance in justice and equality, would you have written to him to complain of prejudice or ask why he singles out one group for praise?

Wealthy white males have brought this about by the closest thing to legal bribery of legislators that I have ever read reported so nakedly.

Sadly, this exchange appears to have shaken Auster, who rather pathetically remarks:

…it wasn’t just one…who was Jewish, but at least three out of the four people attending this key meeting.

The Jewish names–Loeb, Cohen, Singer–stuck out… NOT to mention the fact that almost all the men in the meeting were Jews would have felt unnatural and dishonest. It would have felt as though I was closing my eyes to an evident fact, in the same way that the media constantly close their eyes to certain evident facts concerning certain racial and religious groups.

In this, Larry Auster demonstrates how far he has come from his intellectual origins. “Steve W” represents the true Jewish position. A fact has no independent existence – it only exists if convenient. Hence the Stephen Jay Gould fraud.

View From The Right – other than Sophie A’s astute aside – does not get into why these supposedly “Republican” Jewish Billionaires – two of whom do not even live in New York State – got so deeply and crucially involved. (The NYT said they

…had the influence and the money to insulate nervous senators from conservative backlash if they supported the marriage measure.. Each of them cut six-figure checks to the lobbying campaign that eventually totaled more than $1 million.)

So I will. These men were simply repeating the behavior of their Eastern European forefathers, spitting on Christian symbols when they could get away with it. For them, the pain they have caused the great majority of New Yorkers (remember, Gay Marriage has always lost in elections) is only a pleasure.

The Wall Street boom of the past generation has transferred enormous liquid resources into the hands of too many who were not brought up to respect – much less like – America. Jewish money in politics is a problem which must be unhesitatingly identified. The “Steve W.”s and their employers must be forthrightly rejected.