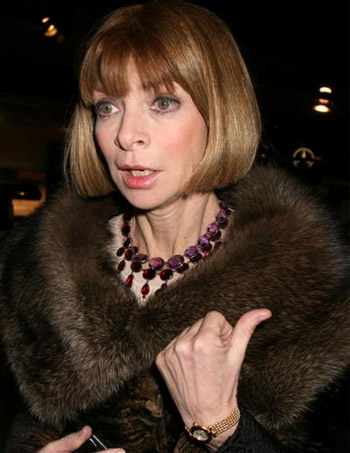 Friday was Fundraising disclosure day for the Presidential aspirants – and the winner was Barack Obama. He won because of the Jews.

Reminding us that Rupert Murdoch’s injection of U.K. Tabloid style has its uses, The New York Post has the most succinct account: O’s pals pony up $68 mil by Geoff Earle July 16, 2011

Obama’s huge $68 million campaign-money haul in the last quarter came with a big assist from an array of big-money donors — 27 of whom raised more than $500,000 each for his re-election campaign…

The 244 big-cash bundlers raised at least $37 million, or more than half of Obama’s total fund-raising haul for the quarter…

By contrast, Mitt Romney, the top fund-raiser among GOP candidates, brought in $18 million…

The Obama campaign has released a list of these 244 “bundlers” – parties who undertake their own fund-raising efforts for a campaign. It is here.

By my count (which is still rising) 120 of these individuals are Jewish. No other ethnic or social group (such as the Gays) can be identified as supplying more than a handful.

Occidental Observer readers will be interested in my methodology. A number of these bundlers, like Chicago’s Penny Pritzker (“$100,000- $200,000”) or Hollywood’s Jeffrey Katzenberg (“$500,000+”) are very well-known. And a large number have obviously Jewish names (is it really necessary to spend much time, on, for instance “$100,000-$200,000” category bundler Israel Roizman of Lafayette Hill Pennsylvania?).

No doubt one or two of these Jewish-surnamed people will turn out to have inherited or converted to Christianity. In the context of supporting Obama, this may be less significant to evaluating Jewish influence than in other situations. But far more important, there are a considerable number of names not obviously Jewish which upon investigation turn out to be, in fact, held by Jews.

For example Mark Gilbert of Boca Raton ($500,000+) has been discussed by Mondoweiss for his demanding Zionism. And Marc Stanley of Dallas ($100,000-$200,000) is Chairman of the National Jewish Democratic Council and wrote Why Jews Overwhelmingly Support Obama for the Huffington Post back on March 25 2009. So far, I have found rather more than a dozen examples of this.

One of the pleasures of blogging for Occidental Observer is the frequency of constructive contributions by some of our commentators. Googling deep enough on a name often produces proof of ethnicity, but it takes time. I invite OO friends to look into the non-Jewish names on the Obama Bundler list and send me any interesting results.

After an initial celebration, Obama’s MSM friends are in Spin mode. Emphasis is being laid on the presence on the of some non-Jewish celebrities such as Vogue editor Anna Wintour ($500,000+) and of Gays (there are three male couples on the list and one of the $500,000+ bundlers is Democratic National Committee Finance Treasurer Andrew Tobias – who is of course also Jewish). A press kit has obviously gone out emphasizing the large number of Obama’s small donors (no surprise: there a lot of Jewish doctors and dentists out there).

But it is increasingly obvious that the 2012 is going to pit a coalition of colored voters, managed and financed by the Jews, against White America. Obama delights the Jews because they see his being President as a humiliating defeat of the ethnicity which built this country. Particularly if the Republicans nominate an explicit Christian like Michele Bachman (whose groveling to Israel will count for nothing) rage will explode and the coffers will open.

Jewish money is the poison of American political life. The pattern of Obama fund raising is going to make this difficult to hide.