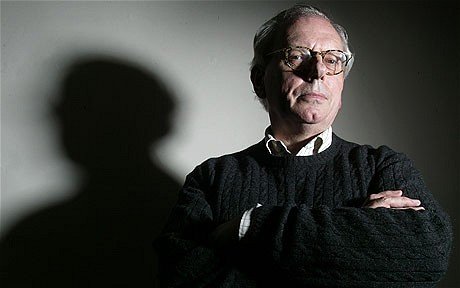 Historian David Starkey is in damage control mode for his remarks on the UK riots. In The Telegraph (“UK riots: It’s not about criminality and cuts, it’s about culture… and this is only the beginning“) he defends his main point that Black culture is the root of the problem, partly with this telling comment:

Even stranger is [Labour Party leader Ed] Miliband’s apparent notion that, far from militating against educational achievement as I suggested, “the gang culture of black London” must therefore be a seedbed for scholarship and sound learning. Odd, isn’t it, that Waterstone’s bookshop was the only business unlooted in the Ealing riots?

Powell’s views were popular at the time and the London dockers marched in his support. The reaction of the liberal elites in both the Labour and Tory parties, who had just driven Powell into the wilderness, was unanimous: the white working class could never be trusted on race again. The result was a systematic attack over several decades: on their perceived xenophobic patriotism, on symbols like the flag of St George, even – and increasingly – on the very idea of England itself.

The attack was astonishingly successful. But it left a void where a sense of common identity should be. And, for too many, the void has been filled with the values of “gangsta” culture. …

The other pernicious legacy of the reaction to Powell has been an enforced silence on the matter of race. The subject has become unmentionable, by whites at any rate. And any breach has been punished by ostracism and worse.

All good points. It’s great to see Enoch Powell remain part of the public discourse on immigration–a haunting warning about the future UK that at this point seems etched like a very guilty secret on everyone’s mind. The speech that will not go away despite the best efforts of the elites to bury it and to vilify Powell personally.

I was surprised by his comments on Scotland (“The Scots are allowed – and even encouraged – to be as racist as they please and hate the English with glad abandon”) given the very aggressive pro-non-White immigration position of the Scottish National Party. Perhaps someone can enlighten me on that. Like Starkey, the Scots seem to think they can import all sorts of people and still retain a sense of Scottish nationalism and its historical enmity toward England.

Of course, he spoils his article by arguing for a non-race based English nationalism–doubtless a necessity if he is to have any hope of continuing his position as a mainstream commentator on race. He is right that developing a sense of national identity is critical. But in his ideal world, Blacks would give up Black culture and become just like White folks, creating a new version of British national identity. They would become educated and most of all, they would behave like proper Englishmen and not do things like riot in order to get a nice TV set.

This is yet another example of utopian idealism that so permeates the thinking of Western intellectual elites. Certainly some Blacks and mixed-race people are able to fit in–Starkey mentions  “successful blacks, like David Lammy and Diane Abbot, [who] have merged effortlessly into what continues to be a largely white elite: they have studied at Oxbridge and gone on to Oxbridge-style careers, such as that of an MP.” However, this ignores very real average differences in IQ between Whites and Britain’s African- and Afro-Caribbean populations–not to mention their loathing of Whites and their culture, their sense of historical grievance, and their sense of entitlement. They are never going to fit into anything approaching White elite culture; they will remain a group with low educational achievement, high rates of public assistance, and prone to violence and alienation from White culture.

At the same time, a substantial number of lower-IQ Whites have gotten sucked into Black gangsta culture (Starkey: “the white lumpen proletariat, cruelly known as the “chavs” …  have integrated into the pervasive black “gangsta” culture: they wear the same clothes; they talk and text in the same Jafaican patois; and, as their participation in recent events shows, they have become as disaffected and riotous). The White working class has been betrayed by their  own people but in the long run it is reasonable to hope that they will be a force for righting things.

In any case, the decision to admit millions of non-Whites is not only a deadly mixture of utopian idealism (for people like Starkey) and cynical hardball ethnic politics (for people like Milliband, described by Starkey as “the son of a refugee who fled from Nazi Europe to preserve his life and freedom of thought”)  or pure political/careerist cynicism by people like Tony Blair); it is also a biological disaster for the people of Britain who have settled the island for thousands of years only to have their elites give it away in a generation. Madness.