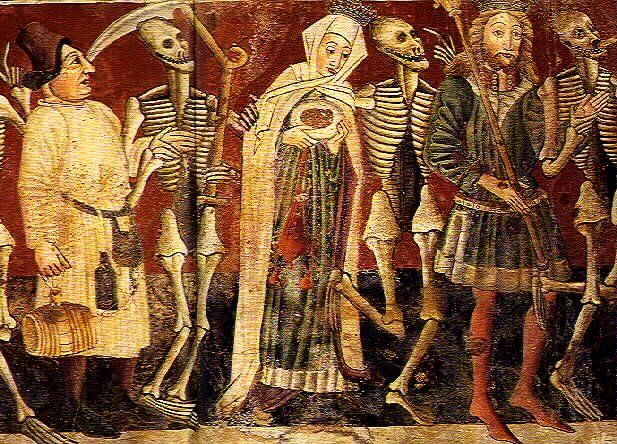 Ezra Pound, in his famous Canto XLV With Usura writes:

.. with usura
seeth no man Gonzaga his heirs and his concubines
no picture is made to endure nor to live with
but it is made to sell and sell quickly
with usura, sin against nature,
Is thy bread ever more of stale rags
is thy bread dry as paper,
with no mountain wheat, no strong flour
with usura the line grows thick
with usura is no clear demarcation
and no man can find site for his dwelling.
Usura slayeth the child in the womb
It stayeth the young man’s courting
It hath brought palsey to bed, lyeth
between the young bride and her bridegroom
CONTRA NATURAM
They have brought whores for Eleusis
Corpses are set to banquet
at behest of usura.

The excesses of money lending were condemned in Rome, as was witnessed by Cato, who also wrote that if the thieves of sacred objects deserve double punishment, the usurers deserve quadruple punishment. Aristotle (Politics I, X) in his denouncement of the chrematistics, i.e. the obsession with money matters, seems to be even more radical.

There are two sorts of wealth-getting, as I have said; one is a part of household management, the other is retail trade: the former necessary and honorable, while that which consists in exchange is justly censured; for it is unnatural, and a mode by which men gain from one another. The most hated sort, and with the greatest reason, is usury, which makes a gain out of money itself, and not from the natural object of it. For money was intended to be used in exchange, but not to increase at interest. And this term interest, which means the birth of money from money, is applied to the breeding of money because the offspring resembles the parent. Wherefore of all modes of getting wealth this is the most unnatural.

The word “interest” means making income from money (foenus or usura in Latin, tokos in Greek). It refers to how money “gives birth to its own little children.” Since the late Middle Ages, the Church, for its part, made a distinction that had hitherto been made by the Roman law regarding the lending of movable property: there are things that are consumed by use, but there are also things that can never be consumed and are therefore called commodatum (gratuitous loan of movable property to be used and returned by the borrower). 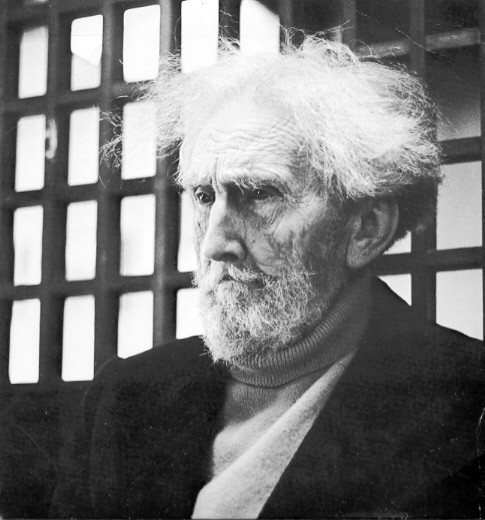 To request payment for the commodatum is contrary to the common good, because money is an asset that cannot be consumed. Interest-bearing loans are condemned by the Council of Nicaea in 325 AD on the grounds of “the Holy Script“, although the Bible has never specifically condemned usury! In the twelfth century, the Church followed up on the denunciation of the chrematistics by Aristotle. Thomas Aquinas also condemned lending money at interest, with some minor reservations though, arguing that “time belongs to God only.” Islam, which is far more severe, does not even differentiate between interest and usury.

The practice of lending money at interest, however, gradually took momentum in conjunction with the rise of the bourgeois class and the expansion of its mercantile values, ​​which have been the instrument of its might ever since. From the fifteenth century onwards, banks, trading companies and later on factories, were allowed to pay for borrowed funds upon the dispensation of the king. A turning point occurred with the birth and the rise of Protestantism, especially Calvinism. John Calvin was the first theologian to adopt the practice of lending money at interest, a practice which subsequently began to spread out by means of the banking networks. With the French Revolution lending at interest became entirely free, as new banks began to sprout in large numbers, equipped with considerable funds, mainly those hat had been obtained from the speculative affairs regarding the national property. Capitalism took off—full steam ahead.

At the beginning usury simply meant interest and this regardless of the rate of interest. Today, the term “usury” is used for an excessive rate of interest tied to the money given as a loan. But usury is also the procedure that imprisons the borrower into a debt he can no longer pay off and, therefore, can no longer retrieve his property, which he earlier agreed to hand over as security pledge. This is exactly what we see happening today on a global scale.

The loans thus enable the consumption of the future at a present moment. They are based on the use of virtual money that can be updated with a new price, that is, by an interest rate. Its wide-spread use obfuscates the basic principle, i.e. that one should keep his expenditures within the limits of his resources, because one cannot live forever beyond one’s means. The rise of finance capitalism has actually encouraged this practice: there are times when the markets trade the equivalent of ten times of the world GDP — which only shows the extent of the markets’ disconnection from the real economy. At a moment when the credit system becomes a central feature of capital, one is bound to enter a vicious circle. However, to stop giving loans could result in a widespread collapse of the banking system. It is precisely by raising the spectre of such chaos that banks succeed in being constantly bailed out by their respective states.

The wide-spread of use of loans, which means lending money at interest, has been the key tool in the expansion of capitalism and in the development of consumer society after WWII.  Undoubtedly, European and American households, after deciding to launch themselves into debt, had contributed, between 1948 and 1973, to the prosperity of that period which came to be known as the “Thirty Glorious Years.” Things did change, however, when the mortgage system began to replace other forms of loan. Jean-Luc Gréau writes that

the mechanism of using a mortgage as a pledge for real loans represents far more than just an easy technique of guaranteeing the borrowed money, because it disrupts the logical framework of the allocation, the assessment and the possession of granted loans […]

Hence, moderate risk cedes its place to a risky gamble that one is prepared to take if the debtor goes bankrupt. The creditor may then tinker with the mortgage and seize the property for resale on acceptable terms.

It was this kind of manipulation with mortgages, recycled into financial assets and coupled with the increasing number of defaults by borrowers who were unable to repay their debts, which led to the crisis of the autumn of 2008. We are now observing the re-enactment of the same scenario at the expense of sovereign states facing now the national debt crisis.

We are witnessing a big return to the system of usury. What Keynes called a “regime of creditors” is equivalent to the modern definition of usury. Usurious processes can be spotted in the way that financial markets and banks snap up the real assets of indebted states and seize their goods in accordance with a debt whose principal is made up of a mountain of virtual money that will never be paid off. Shareholders and creditors are the Shylocks of our times.

However, debt is just like economic growth: neither one can last forever. “Should Europe be only committed to the finances, wrote Frédéric Lordon, “then it is about to perish by the finances.” We have been telling this for a very long time: the Money System will be destroyed by money.

Alain de Benoist (http://www.alaindebenoist.com/) is a philosopher who lives in Europe. The following editorial was first published in the quarterly Eléments (n°141, October-December 2011) under the title “Mort à crédit.” (This is also the  title of the novel written by the French novelist Louis Ferdinand Céline, published in 1936, NB). (See here http://www.theoccidentalobserver.net/2010/03/louis-ferdinand-celine-%e2%80%94-an-anarcho-nationalist/).