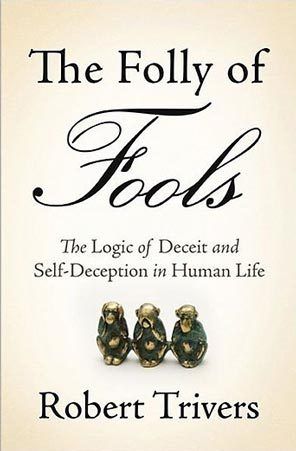 There was a time when evolutionary thinking was widely considered to be the key to racial self-defense.  Although it didn’t play a role in the Congressional debates (itself an indication of the rapidly changing intellectual context), evolutionary thinking was prominent among some of the elite intellectual  proponents of immigration restriction in the 1920s. This was the heyday of eugenics—motivated by concern about deterioration of the gene pool because modern civilization had increased the moral and intellectual burdens of life at the same time that natural selection had been relaxed. Lothrop Stoddard’s The Revolt against Civilization: The Menace of the Under-Man exemplifies these trends.

Even by the mid-20s the Boasian onslaught against the idea of race and against Western culture generally had become ensconced in elite universities. It continued that way for the next 50 years, when E. O. Wilson included a chapter on humans in his Sociobiology: A New Synthesis. This set off a storm of outrage by the usual academic suspects (see here), but all of their outrage could not prevent the establishment of evolutionary outposts, especially in psychology and anthropology, and academic societies such as The Human Behavior and Evolution Society.

What is remarkable about these developments is that they have completely failed to challenge the dominance of elite consensus on all things related to immigration and multiculturalism. Evolutionary psychology is a paradigm, loudly proclaiming the idea that evolution did indeed sculpt the mind, but that all humans were alike because we all evolved in the same environment. This takes issues like race differences completely off the table. It also avoids discussing IQ, a measure that is strongly heritable, shows rather large race differences, and is linked to success in life in contemporary societies. IQ is the one measure that is most feared by the anti-White coalition.

In general, the academics who carried on the evolutionary tradition managed to stay within the liberal consensus because they completely avoided any discussion of human fitness. By positing a uniform human evolutionary past and ignoring genetic differences, a whole lot of critical issues were taken off the table—things like the fact that African-Americans and Latinos have higher birth rates than White Americans, or that immigration results in long-term fitness costs for the host population. No field biologist would ignore findings that one sub-species of animal is reproducing faster than another sub-species. Field biologists would also be very interested in situations where sub-species or even a differently defined group invades another’s territory — again, because it would change gene frequencies and that is what evolution is all about. Chimpanzees patrol their territories for a good reason.

I was thinking of this as I read this review of The Folly of Fools by Robert Trivers. Trivers is an important biologist much of whose work has involved elucidating the implications of what the reviewer, John  Horgan, terms “our genes’ relentless drive to self-replicate.” The topic of his recent book is deception and self-deception, seen as self-interested strategies aimed at increasing fitness. Regarding deception:

Trivers calls deceit a “deep feature” of life, even a necessity, given genes’ brutal struggle to prevail. Anglerfish lure prey by dangling “bait” in front of their jaws, edible butterflies deter predators by adopting the coloring of poisonous species. Possums play possum, cowbirds and cuckoos avoid the hassle of raising offspring by laying their eggs in other birds’ nests. Even viruses and bacteria employ subterfuge to sneak past a host’s immune systems. The complexity of organisms, Trivers suggests, stems at least in part from a primordial arms race between deceit and deceit-detection.

Our big brains and communication skills make us master dissemblers. … We engage in “confirmation bias,” which makes us seize on facts that bolster our preconceptions and overlook contradictory data. We wittingly and unwittingly inflate the qualities of ourselves and others in our religious, political or ethnic group.

Right. Using our big brain, humans can write academic treatises denying the reality of race and race differences, like the Boasians;  they can persuade presidents that a war against Iraq would be easily won, would remove a dangerous enemy of the United States, and would democratize the entire Arab world yearning for democracy and freedom. The big difference from the environments we evolved in is that now even in-your-face deception can be effectively covered up because of ethnic influence on the media and the political process. Successful ethnic strategies thus utilize an entirely different set of mechanisms for deception than were available in the Pleistocene.

And then there’s self-deception:

Fooling others yields obvious benefits, but why do we so often fool ourselves? Trivers provides a couple of answers. First, believing that we’re smarter, sexier and more righteous than we really are — or than others consider us to be — can help us seduce and persuade others and even improve our health, via the placebo effect, for example. And the more we believe our own lies, the more sincerely, and hence effectively, we can lie to others. “We hide reality from our conscious minds the better to hide it from onlookers,” Trivers explains. But our illusions can have devastating consequences, from the dissolution of a marriage to stock-market collapses and world wars.

Although he indicts many nations for denying their sins, he is especially incensed by Israel’s treatment of Palestinians and the United States’ treatment of American Indians, blacks, the Vietnamese, Iraqis, Afghans and other groups. I found Trivers too shrill in these sections, even though my political views overlap with his. Also questionable are his put-downs of cultural anthropologists, whom he accuses of denying — for ideological rather than scientific reasons — biological research that can deepen our understanding of human behavior. In my experience, evolutionary scholars are at least as driven by ideology as cultural anthropologists are.

I haven’t read Trivers’ book, but one wonders at what evolutionary reasoning is involved in moral condemnation, since he clearly must realize that acting on the basis of moral imperatives could affect “our genes’ relentless drive to self-replicate.” Why should we care about Trivers’  shrill moralizing when we should be busy calculating our fitness costs and benefits in the current rapidly changing environment (using our big brain which, as we have seen, is useful in plotting deception, among other things)?

As I have noted, all of the movements discussed in The Culture of Critique were presented as moral imperatives.  There is

a general tendency for self-deception among Jews as a robust pattern apparent in several historical eras and touching on a wide range of issues, including personal identity, the causes and extent of anti-Semitism, the characteristics of Jews (e.g., economic success), and the role of Jews in the political and cultural process in traditional and contemporary societies (see here). Self-deception may well be important in facilitating Jewish involvement in the movements discussed here. I have noted evidence for this in the case of Jewish political radicals, and Greenwald and Schuh (1994) persuasively argue that the ingroup ethnic bias exhibited by their sample of researchers on prejudice is not conscious. Many of the Jews involved in the movements reviewed here may sincerely believe that these movements are really divorced from specifically Jewish interests or are in the best interests of other groups as well as Jews. They may sincerely believe that they are not biased in their associational patterns or in their patterns of citation in scientific articles, but, as Trivers notes (1985), the best deceivers are those who are self-deceived. (See here, pp. 241-242)

These movements ushered in the reign of terror in which any hint of White identity and White genetic interests have been banned from polite society. The cultural success of these movements, now aggressively enforced by the legal system and by a myriad of informal sanctions, are collectively leading to the suicide of the West. Evolutionists should be concerned about that.

Unfortunately, Trivers is centering himself in this very long and effective (only in Western societies) intellectual tradition of moral critique. As to whether it’s deception or self-deception, only he would know. And the same might be said for the other popularizers of evolutionary thinking on humans  mentioned in Horgan’s review: Richard Dawkins (here’s Frank Salter’s critique of Dawkins) and (my personal favorite) Steven Pinker, who holds the Stephen Jay Gould Chair for Politically Correct Popularization of Evolutionary Biology at Harvard.

Of course, the most elaborate and elegant (and rock solid) contemporary view on fitness in human populations is Frank Salter’s On Genetic Interests—where, for example, he calculates the fitness costs of immigration into European societies of groups differing in the genetic distance from Europeans. Unfortunately, these ideas are not visible in evolutionary accounts of human behavior that make it into the mainstream media—another aspect of the critical role of the media for successful deception in the contemporary world.