Self-righteous stupidity? Pious posturing? It’s impossible to beat a devout liberal atheist. One of my favourites is the neo-con journalist Nick Cohen. His irrational dogma and logical contortions are always entertaining to watch. He doesn’t write articles: he preaches sermons. After all, his surname means “priest” in Hebrew. But he would react badly to the suggestion that his ideology owes anything to his genetics. Like Richard Dawkins, the leader of his cult, and the late Christopher Hitchens, another of Dawkins’ disciples, he believes fervently in One Human Brain, in which  differences between different groups float mystically free of evolution and biology. 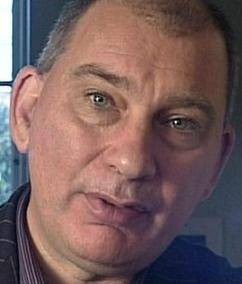 In a recent sermon in the neo-con Spectator, Cohen defended his cult-leader against attacks by other liberals. Dawkins has been criticizing the Muslim world for its failure to match Western achievements in science. The vast majority of Muslims are non-White, so Dawkins has been accused of blasphemy, that is, racism. Cohen rejects this accusation and goes on the offensive, saying that Dawkins’ critics are cowards. He points out that, unlike them, Dawkins “attacks Muslim bigots, not just Christian ones.” So far, so reasonable. But then Cohen begins his pious posturing. He raises the case of Nahla Mahmoud, a “Sudanese refugee who became a leading figure in the British Council of ex-Muslims.” But she is not receiving support from the supposedly feminist and freedom-loving liberals who are criticizing Dawkins.

“Abusing Islam is NOT free speech”

Mahmoud is an opponent of Sharia law, the violent and corrupt Muslim legal system. But, having crossed the border that Britain shares with Sudan, she “was shocked to find the same system here in her land of refuge.” She made a brief appearance on British television to support secular law for all. She and her family are now under threat for what Cohen calls her “simple moral clarity.” Cohen could, but doesn’t, say that this is yet another example of how Muslims hate free speech and do all they can to destroy it. Cohen himself pretends to adore free speech. But has he ever pointed out how bad Muslim immigration is for free speech?

Thousands rally in UK to demand end to anti-Islam speeches

BIRMINGHAM: Up to 25,000 British Pakistani men, women and children from across the UK gathered in Aston Park here to express their love for [the Prophet] Muhammad (peace be upon him) and to call on the British government to introduce legislation that bars Islamophobes from insulting Islam under the garb of the freedom of speech. The participants, who also travelled from several parts of European cities, were led in a peaceful and colourful mile-long march by Hazrat Peer Alauddin Siddiqui. This is the fourth consecutive gathering for the biggest Melaad-un-Nabi [“Birth of the Prophet”] of British Pakistanis in Britain but this year it was dedicated to “protect the honour and legacy of [the Prophet] Muhammad (PBUH [Peace Be Upon Him])”. Speakers included interfaith leaders from Christian, Hindu, Sikh, and Jewish religions and parliamentarians from Conservative, Labour and Liberal Democrats. …

Speakers said that freedom of speech was a cherished value but abusing Islam is not freedom of speech. They said the best way forward is to engage constructively with Muslims about their religion. They said Muslims were making a great contribution towards everyday life in western countries and it is important that their contribution is recognized. (Thousands rally in UK to demand end to anti-Islam speeches, The News (Pakistan), 23rd April, 2013) 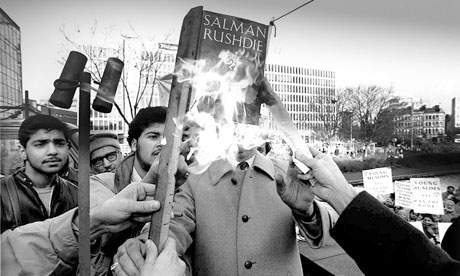 In other words: “Praise us or shut up.” But has Nick Cohen publicized stories like that? Has he pointed out that more Islam inevitably means less free speech? No, because that would mean opposing mass immigration. Open borders are a sacred principle for Jewish liberals like Cohen. They like the way mass immigration dilutes and weakens the White and historically Christian majority in America and Europe. And so, given a choice between free speech and more Muhammad, the liberal atheist Nick Cohen always chooses more Muhammad. But he’s oblivious to his own hypocrisy and self-contradiction. He finishes his sermon on the persecution of Nahla Mahmoud like this:

One day there will be a reckoning. One day, thousands who have suffered genital mutilation, religious threats and forced marriages will turn to the intellectual and political establishments of our day and ask why they did not protect them. The pathetic and discreditable reply can only be: “We were too busy fighting Richard Dawkins to offer you any support at all.” (Richard Dawkins attacks Muslim bigots, not just Christian ones. If only his enemies were as brave, The Spectator, 24th  August, 2013)

Nick Cohen’s grandfather was an important member of the Stalin-worshipping British communist party (see here). It’s plain that Nick would like to honour his grandfather’s memory by accelerating Britain’s transformation into a police state. How exactly does he think the British state could protect Muslims here from “genital mutilation, religious threats and forced marriages”? The only way would be to place all potential victims under constant surveillance. It would also be necessary to jail large numbers of parents and husbands for attempting to practise their age-old customs, pour encourager les autres.

All that would be hugely intrusive, hugely expensive and hugely resented. Not a recipe for social harmony and freedom, I would have thought. But then I’m fond of three things that Nick Cohen obviously has no time for: logic, common sense and learning lessons from history.

There’s also the question of whether Muslims who mutilate the genitals of their female children are likely to be good citizens of a liberal democracy like Britain. I would tend to think that they wouldn’t. As I said, I’m fond of logic and common sense. I look at countries like Sudan and Somalia and I’m very glad that I don’t live there. Lots of Sudanese and Somalis share my preference for living in a White non-Muslim nation rather than a non-White Muslim one. That’s why more and more of them are migrating to the West with the enthusiastic support of liberal atheists like Nick Cohen and Richard Dawkins. But these migrants bring with them the low intelligence and the corrupt cultures that make their own homelands bad places to live. And there has never been a democratic mandate for their presence.

Democracy is something else Nick Cohen obviously has no time for. His solution to the pathologies imported by Muslims is a therapeutic police-state funded by Whites who never wanted Muslims here in the first place. My solution would be to end Muslim immigration and then reverse it. Certain facts about Islam were obvious long ago. They are confirmed by the horrors now playing out in Syria and Egypt. Muslims and democracy don’t mix. Nor do Muslims and other values Nick Cohen claims to love, like free speech and female rights. The liberals who opened Britain’s borders to Muslim immigration were acting at best with suicidal folly. At worst, they were committing high treason.

Nick Cohen talks about the “reckoning” that will arrive “one day” for those who have collaborated with Islam. He doesn’t realize that he and Dawkins are among the collaborators. When that day of reckoning arrives, they may get more than they bargained for.