Fancy that! More New Britons have been putting the V into Vibrancy and the E into Enrichment:

An immigrant child sex gang was jailed yesterday by a judge who condemned them for failing to respect Britain by abusing young girls and failing to learn English. Judge John Bevan QC [Queen’s Counsel] said the four Roma men and boys and an Iraqi Kurd had ignored the responsibilities of living in this country as he sentenced them for raping and sexually assaulting five girls aged as young as 12. …

Judge Bevan told the five gang members: ‘The combination of the crimes you have committed and your attitude to these crimes both in this country and this court bring discredit on all of you in the dock and [in a gesture showing his allegiance to the “diversity is our greatest strength” mantra and showing his radically out of touch views on the work habits of the  Roma, the judge continued that their criminal behavior] does a disservice to your fellow Roma who want to work hard in this country, improve themselves and make a positive contribution.’

He added that the gang members’ failure to learn English well enough to follow their lengthy trial, despite having lived legally in Peterborough, Cambridgeshire, for between five and 12 years, meant that taxpayers would foot a bill for interpreters of up to £40,000. ‘The fact is that the defendants all came to this country with their families between five and ten years ago and the majority are still teenagers,’ the judge said. ‘The acquisition of a new language is not difficult if you put your mind to it. They have not attempted to learn the language of the country of their choice.’ …

Iraqi Kurd drug dealer Hassan Abdulla, 33, branded a ‘dangerous predatory paedophile’ by the judge, was jailed for 20 years for four rapes and three counts of inciting a child to engage in sexual activity. Renato Balog, 18, a Roma who helped Abdulla sell drugs, will serve 12 years for five rapes and three sexual assaults. Four of the gang members are from the Czech Republic and Slovakia. Two of the victims are Czech and Slovak, while the other three are English. One has ‘serious learning difficulties’ and an IQ of 54. (Roma child sex gang victims speak of terror as 5 men are jailed, The Daily Mail, 20th February 2014) 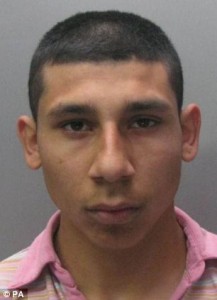 V is for Vibrancy: Member of a Roma Rape-Gang

But there’s a puzzle in this story. These men are described as a “gang” who “failed” to learn English. But how did an Iraqi Kurd communicate with Roma from the Czech Republic and Slovakia? Presumably by using English. So their English was good enough for crime, but not good enough for the trial. Which meant that at least £40,000 found its way to translators from the criminals’ own “communities.”

I suspect that the gang spoke English much better than they led the authorities to believe. In fact, this is probably a very common ruse. It will serve two purposes: first it will hinder the police investigation and second it will provide employment for the criminals’ co-ethnics. Many Somalis, for example, are employed by the British government as a direct result of pathologies imported by Somalis: they “mentor” troubled “youths” or translate in court for murderers, rapists and drug-dealers. Lots of other translators are needed in New Britain because so many other enrichers are committing crimes — and then saying they don’t speak English.

The same thing has been happening in the United States, Western Europe and Australia – in fact, everywhere that White nations have been enriched by people from nations that aren’t good places to live. I think that should be regarded as an aggravating factor in sentencing. After all, as the judge noted, the criminals are in White nations “of their choice.” If they commit crimes and then lay an additional burden on the state by requiring “translation services,” they should receive a longer sentence. The trouble is that longer sentences are another burden on the state. It would be much cheaper to fund prisons in their homelands or to deport them immediately. They’re never going to be anything but a malignant presence. 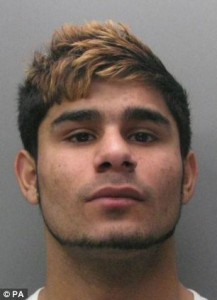 But there’s another important factor. These low-IQ, high-vibrancy criminals are in White nations “of their choice,” but certainly not of our choice. The White majority have always opposed immigration and always been ignored by the treasonous hostile elite who have imposed it on us. That’s why stories like the above should be central evidence when we start prosecutions of people like these:

Speaking outside court, Detective Superintendent Gary Ridgway of Cambridgeshire Police praised the bravery of the victims.

He said: ‘Today gives those girls justice. I’m pleased with today’s sentences as it shows how seriously we, and the courts, take this kind of offending. We will do everything in our power to put them before the courts.’ (Roma child sex gang victims)

Yes, officials throughout the West “do everything in their power” to make children “safe” — except the simplest and surest thing of all. Prevention is better than cure. If you don’t want Third World pathology, don’t import Third World people. It’s not difficult to understand that rule and our politicians, bureaucrats, police journalists and academics have no excuse for what they’ve done. Foreign rape-gangs are bad. Domestic traitors are far worse. Without the latter we wouldn’t have the former. Or any other Third World pathology, from genital mutilation to drug-resistant tuberculosis to credit card scams. The results of mass immigration were entirely predictable and harsh punishment for the traitors will be entirely justified.