In Gulliver’s Travels (1726), the land of Lilliput is gripped by a furious controversy about hard-boiled eggs. Should they be opened at the big end or the little end? The opposing sides slaughter and persecute each other over the issue. Jonathan Swift was satirizing the absurdities of religious dispute in his day and the wars it caused between different sects. There’s a special term for this phenomenon: odium theologicum, or “hatred among theologians.” Because there is no objective means of establishing truth in theology, the only definitive argument is force.

Centuries later, the modern left is full of atheists and secularists who have no time for religious nonsense like that. Instead, they conduct furious controversies about chairs and haircuts. Two giants of the British left, Richard Seymour and Laurie Penny, have recently been excoriated as racists, colonialists and white supremacists: 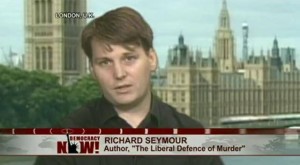 But… wait a minute, you might ask. What was it that Seymour and Penny did to bring down this rain of criticism on their heads? Did they invade a country? Or did they lynch someone?

No. Seymour was talking about that chair – you know the one that looks like it is a black woman, that Roman Abramovich’s girlfriend had herself photographed sitting on for the [London] Evening Standard. Seymour did not say he liked the chair. He said it was racist. But he made the terrible error of pointing out that some sex play involved racial acting out (which is a bit outré, but not actually an endorsement of racial oppression).

Penny’s crime was even greater: she wrote an article in the New Statesman about short hair being (a bit of) a feminist statement… except that she did not say anything about the hair of “Women of Colour.” Yes, that’s right: Laurie Penny’s article “does not include any mentions (even as a side note) of WoC hair issues.” (Further adventures in intersectionality, The Charnel-House, 31st January 2014) 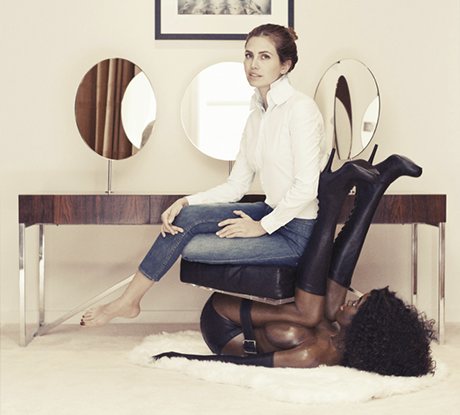 The offending photo, from the Guardian

Those cannibalistic tendencies are still alive and well on the modern left. If leftists are not torturing and slaughtering at the moment, that’s only because they’re not able to. Pioneering communists who helped Stalin to power eventually realized their mistake. But by then it was too late. Whites who are presently helping non-Whites to power are making the same mistake: the treatment of Seymour and Penny is clear proof of that. 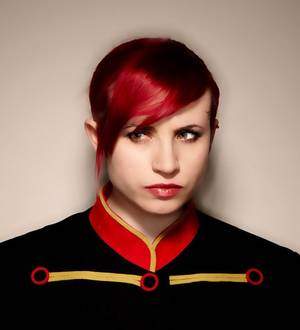 And if non-White leftists express such hatred and spite towards their own comrades, what will the increasing power of non-Whites mean for Whites in general? As we can see from South Africa and Zimbabwe, non-Whites believe in racial equality and justice for precisely as long as it takes for them to get the upper hand. Once they have it, their old beliefs are discarded. Not that those beliefs are ever sincere. This is a non-White Trotskyist addressing his White comrade Richard Seymour:

How fucking dare you…turn around and put the word “racist” in quotation marks like the accusation is a trivial or silly one. … Your response has been at all times to try and define this racism out of existence. … Your response at all turns has been to argue, essentially, we’ve got a moral chip on our shoulders. YOU FUCKING CRACKER. (Further adventures in intersectionality)

Ouch! The non-White obviously believes that the truth of an opinion is guaranteed by the aggression and self-righteousness with which it is expressed. And Seymour is unable to respond in kind. He’s a White heterosexual male, replete with “unearned privilege.” If he is criticized by a non-White or a homosexual or a woman, he has only one course open to him: repentance and obedience. Otherwise he is racist, homophobic and sexist.

As observers of the chair controversy have noted, Seymour is hoist on his own petard, because he has always been an enthusiastic hammer of heretics. He used to be a member of the Socialist Workers Party (SWP), but he resigned after a furious controversy about rape. A senior member of the SWP, “Comrade Delta,” was accused of raping a junior member, but was cleared by a committee made up of his own colleagues. The complainant was persuaded not to go to the police, because “bourgeois justice” is corrupt and anti-revolutionary. While Seymour was still in the party, he wrote this about the controversy:

One last thing. There is an article in The Independent about this case. It uses the phrase “socialist sharia court”. It is miles away, in tone and spirit, from Laurie Penny’s piece. I would urge people to think carefully about who wants to use the sort of language deployed in the Independent article. I think the answer is, “racists”. I would also point out that, as far as I know, the Independent did not speak to any party members. My advice is to disregard that piece. (Crisis in the SWP, Lenin’s Tomb blog, 11th January 2013)

The Independent is a deeply pious liberal newspaper. To accuse it of harbouring “racists” is ridiculous. But now Seymour is facing ridiculous accusations of his own. Arguments on the left often seem to consist of trying to manoeuvre one’s opponent into a position where one can throw an accusation of “Racist!” or “Sexist!” or “Homophobe!”

Or ideally all three. And now transphobia has been added to the list of heresies. I’m reminded of a story by the Texan writer Robert E. Howard (1906-36), creator of Conan the Barbarian. In Red Nails (1936), Conan confronts a wizard called Tolkemec, who has a “witch-wand” that kills anyone caught in the wrong position:

Then began slaughter. Screaming insanely the people rushed about the chamber, caroming from one another, stumbling and falling. And among them Tolkemec capered and pranced, dealing death. They could not escape by the doors; for apparently the metal of the portals served like the metal-veined stone altar to complete the circuit for whatever hellish power flashed like thunderbolts from the witch-wand the ancient waved in his hand. When he caught a man or a woman between him and a door or the altar, that one died instantly. (Red Nails)

That sounds like a “debate” on the left, where the death-bolts are words and the altar is anti-racism or feminism or LGBT rights. But there have been many wizards on the left using words to win power. One of them was called Yigael Gluckstein, a Jewish immigrant to Britain who founded the SWP under the nom de guerre Tony Cliff. Like Christopher Hitchens, Richard Seymour was trained in anti-racism by Gluckstein. And like Seymour, Hitchens was accused of racism by a former ally, the verbose and self-righteous Edward Said (see here). 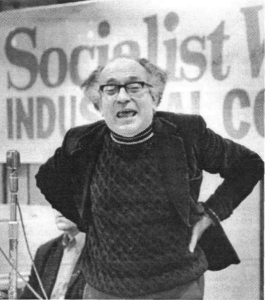 Odium theologicum has never gone away: thanks to mass immigration and identity politics, it simply taken on new forms and continued to poison Western society. But who are the malevolent wizards most responsible for its modern virulence? The answer was supplied on Steve Sailer’s blog back in 2007:

Jonathan Sacks, Britain’s [former] chief rabbi, defined multiculturalism as an attempt to affirm Britain’s diverse communities and make ethnic and religious minorities more appreciated and respected. But in his book, The Home We Build Together: Recreating Society, he said the movement had run its course. …

Sacks said Britain’s politics had been poisoned by the rise of identity politics, as minorities and aggrieved groups jockeyed first for rights, then for special treatment.

The process, he said, began with Jews, before being taken up by blacks, women and gays. He said the effect had been “inexorably divisive.”

“A culture of victimhood sets group against group, each claiming that its pain, injury, oppression, humiliation is greater than that of others,” he said.

Now Muslims and transsexuals have joined the “aggrieved groups” jockeying for special treatment. The left is not just eating itself: it’s eating the West, helping to destroy the societies that have funded its parasitism and tolerated its posturing. There is no easy or painless way out, but one positive thing will emerge from the approaching collapse: leftism and liberalism will be discredited for good.