In Yiddish, a goyishe kop, or “gentile head,” is someone with a  “dull mind” or “someone who thinks like a non-Jew.” I freely admit that I’m a goyishe kop in both senses of the phrase. That’s why I’m baffled by the behaviour of the ADL, or Anti-Defamation League, America’s premier Jewish organization fighting anti-Semitism, racism and bigotry of all other kinds. The ADL has just released the shocking details of a survey it recently conducted:

The Anti-Defamation League (ADL), a Jewish nongovernmental organisation, surveyed over 50,000 adults from 102 countries and territories to produce the ADL Global 100 report. … The West Bank and Gaza was judged to be the most antisemitic territory in the world with 93% of people there judged to have negative views towards Jewish people. All the countries in the top 10 most antisemitic locations were in the Middle East or north Africa region. …

Overall, the study estimated that around a quarter of humanity can be classified as “anti-Semitic” (1.09 billion) As noted here, this is an underestimate because being classified as an anti-Semite required that the subject agree with at least 6 of 11 statements about Jews (e.g., “Jews are more loyal to Israel than to [this country/the countries they live in]” or “People hate Jews because of the way Jews behave.”). This means that people who agreed with only 5 of the statements were not classified as anti-Semites.

One wonders if the ADL wants to suppress the data for the percentages of people who agreed with statements that have a strong empirical basis (e.g., “Jews have too much control over the United States government” [think Israel Lobby]; “Jews have too much control over the global media” [here]; “Jews are more loyal to Israel than to [this country/the countries they live in” [here]).

49% of Muslims who took part were judged to have antisemitic attitudes. However, this was somewhat skewed by the views of those in the MENA regions. To break this down, Muslims were less likely to hold those views in Asia (37%), western Europe (29%), eastern Europe (20%) and sub-Saharan Africa (18%). (One in four people worldwide holds antisemitic views, study finds, The Guardian, 14th May 2014)

If the “top ten most antisemitic locations” are all in the Middle East or North Africa, I conclude that the ADL should strongly oppose migration from those locations to the US and UK, which are among the “least antisemitic places worldwide.” I also conclude that the ADL and its head Abraham Foxman should strongly oppose immigration by Muslims, who are far more anti-Semitic on average than Whites or Christians. 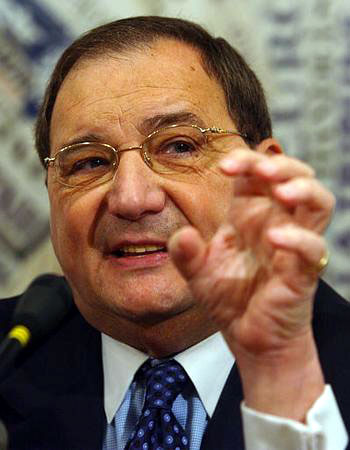 But I conclude all that because I have a goyishe kop. In fact, the sane and rational policy for Jewish organizations to support is the exact opposite:

So the ADL thinks immigration from Somalia and Syria should be just as welcome as immigration from Britain and Laos. That seems insane to me: importing anti-Semites surely means making the US more anti-Semitic. But what do I know? I’m a goyishe kop for thinking that the ADL hates the traditional people and culture of America more than it worries about importing people who hate Jews.