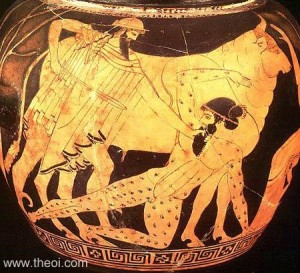 Translated from the French by Tom Sunic

Q: Radar on the roads, security cameras at every street corner. One gets a big impression of being constantly under surveillance.  With the recently adopted law on intelligence gathering, how far can these freedom curbing measures still go?

A: The new law allows the installation of “black boxes” on internet networks and servers which operate with the technologies of “deep packet inspection” and which enable the monitoring of private conversations on the internet, as well as the interception and scanning of all communications the goal of which is to detect, by means of secretly kept algorithms, all “suspicious” words and every “unusual” behavior. This law also allows, without any need to seek court approval, the wiring up of homes, computer hacking in order to siphon off their contents, the use of portable “IMSI-catchers” (false antenna relays intercepting telephone calls in a specific perimeter), the “key loggers” (software for reading in real time what a person types on his keyboard), vehicle tagging, geolocation of people and objects, etc.

The “black boxes” also allow the analyses of all the “metadata “, that is to say, to keep track of all traces left behind by a person using the phone or the internet. Any data value, being proportional to the square of the data number to which it is connected, the growing collection of the “metadata” thus enables not only how to predict the behavior of a group of individuals with their specific characteristics, but also to prod into every aspect of citizens’ lives: their relationship, their mail, their social networking habits, their banking transactions, their travels, purchases, subscriptions, lifestyle, age, political views, etc.

Hence, this is no longer a matter of targeting someone; rather, it means crisscrossing the entire landscape. Despite the soothing assurances by the authorities, what we are witnessing is a massive surveillance of citizens, even though, the vast majority of them cannot be suspected of being linked with any offense. The emergency rule becomes the rule. Private life no longer exist and civil liberties are under threat of the law which set itself the objective to find out whether each of us knows people who know some people, who know some other people who are not “clean .” As the “republican” tradition demands we are now back at the Law of Suspects of 1793. With good reason citizens keep complaining about not being heard. Well, short of not being heard, they are now being listened to.

Q: We’ve known for a long time that citizens are always ready to give up freedom in exchange for a semblance of security. Hence the birth of the US Patriot Act. French Prime Minister Manuel Valls, in fact, uses the same argument: “it is the fight against terrorism.”  Last year, Benoît Hamon, added to it: “if you have nothing to hide there is no problem with being listened to.”

A: A historical reminder. On December 8, 1893, in order to avenge Ravachol [a “bomb-throwing anarchist”], who had been guillotined the previous year, the anarchist Auguste Vaillant detonated a bomb in the Chamber of Deputies, causing no casualties. A few days later, the deputies passed the anti-terrorism laws, soon to be known as the “villainous laws” (“lois scélérates”) “stipulating  the suppression of the freedom of the press and prohibiting any anarchist gathering, even if held  at a private place. The banker and the future French President Casimir Perier stated on that occasion that “freedom of speech does not apply to the enemies of civilization.” Sounds familiar? “Terrorism,” “civilization”, restriction of freedom, all of this can be found there. The “fight against terrorism” is only a pretext — albeit a very old one).  None of the measures that were taken pursuant to these new laws would have prevented the attacks from occurring over the recent months. By the way, one does not need to set out a trawl to catch a handful of sardines.

As to those who say it does not bother them because “they have nothing to hide”, they certainly deserve the “GPNC” (the Grand Prize of Citizens Naivety). These are the same idiots who watch televised games or who purchase lottery scratch cards at the tobacco store hoping to strike it rich. When uttering these words they give up, of their own volition, their freedom, without realizing that the reasons stipulated by this law (from “collective violence prevention” to that of “the reconstruction or maintenance of banned groups”) are extremely vague. Hence, under given circumstances these legal provisions can enable to place under police surveillance any joint action aimed at changing political, social and economic structure of the country, every social protest movement, all those having dissenting views, or those who took the liberty of  challenging, one way or another, the  established order, be they the Sivens demonstrators, or the  Notre-Dame-des-Landes protesters, or those taking part in the “Demonstration for All” (“Manif pour tous “).

Q: Our rulers are eager to listen to everyone; yet it is themselves who are also being listened to, particularly by the Americans. How should have the Presidential palace reacted to the recent revelations made by Julian Assange about it?

A: President François Hollande could have demanded that Washington immediately recall Jane D. Hartley, the US Ambassador to France. He could have granted asylum to Julian Assange and even to Edward Snowden. He could have announced that France would withdraw from all talks on the Transatlantic Trade and Investment Partnership (TTIP). He did nothing. He is the vassal of the USA on which he depends now in order to conduct operations in which the French Armed Forces are engaged.  Ever since it joined NATO again, having lost all of it independence, France  stripped itself of any autonomous decision-making.