In “Attitudes on Immigration,” I looked at how Jewish attitudes differ depending on whether Jews are a minority or the majority in a population. In European-majority nations, they tirelessly promote open borders; in Israel, they build big fences and drape them with razor-wire. One of the Jewish journalists I looked at was Emma Barnett of the Telegraph, who wrote the following about the aggressive, low-IQ Blacks and Muslims currently trying to force their way into Britain via the French port of Calais:

Calais crisis: Screw British holidaymakers. What about the real victims?

Britain’s desperation for a booze cruise [trip to buy cheap alcohol] is blinding us to the true human cost of the Calais crisis, writes Emma Barnett. …

While I do have sympathy for anyone stuck in the traffic jam that’s cost UK industry millions, I’m reserving my compassion for a group who really could murder a slice of cake. Just 21 miles from Britain there is a jungle. Or to give it its full name: Jungle Camp. This is where hundreds of displaced people from all over the world live in some of the most wretched conditions. Stuck in a no-man’s land in Calais, they are living in temporary cardboard structures and surviving on porridge made out of milk and soggy bread. Not that you will probably have paid them much attention over the last week.

The “Calais crisis” as it’s being referred to, is mostly being reported as a transport or business story. Actually, it’s a humanitarian timebomb. On Tuesday, one man died trying to get through the Channel Tunnel. We don’t know his name. He is the ninth this summer. …

Even the language that’s being used to describe the mostly male Eritreans, Ethiopians, Afghans and Sudanese trying to live in Europe is mechanical at best, and dehumanising at worst. Emergency government meetings are being held to ensure there is “upstream management of illegal migratory flows”. Excuse me? These are real people, with hearts, families and lest we forget it, human rights. What if they were children instead of young men? Would we feel differently? …

We must also face the facts. The UK isn’t a soft touch when it comes to “letting everyone and anyone in”. According to the UN Refugee Agency, at the end of 2014, the population of refugees, pending asylum cases and stateless people made up just 0.24 per cent of the UK population. That’s 117,161 refugees, 36,383 pending asylum cases and 16 stateless people.We take fewer asylum seekers than many other countries. Turkey has the highest number at 1.6m, followed by Pakistan at 1.5m.

This country has a proud history when it comes to taking in the needy. Let’s not let ourselves down because we’re impatient for a holiday or a booze cruise. It’s time to see the bigger picture and stop the lamentable narrowing of our horizons. An island nation we might be, but that doesn’t have to mean our mentality must follow suit. (Calais crisis: Screw British holidaymakers. What about the real victims?, The Telegraph, 30th July 2015) 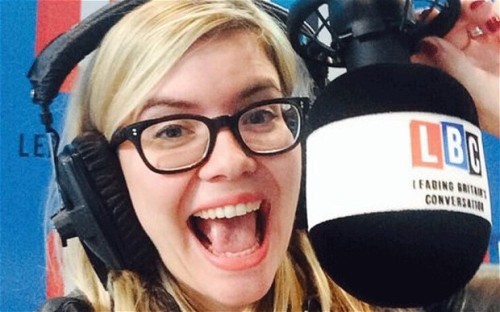 So Emma Barnett “reserves her compassion” for Blacks and Muslims rather than the mean-spirited White British. What would happen if the UK followed her advice about “taking in the needy”? We would be importing more of the pathologies that the so-called “victims” in Calais are fleeing: more tribalism, more violent crime and more corruption. Another Jewish journalist, the ex-communist David Aaronovitch claimed in the Times about Calais that “with proper arrangements, we could take every single person… and hardly notice it. We could turn those rangy, scary young men into electrical engineers.” 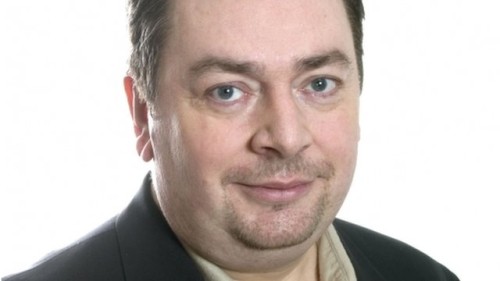 David Aaronovitch: Turn them into electricians!

It also requires an ability to grasp objective reality. That is not something that David Aaronovitch or Emma Barnett possess. For further proof, let’s take a look at Ms Barnett’s reaction to the terrorist murders in Paris earlier this year:

When I heard the news that four Jews had been murdered last week on European soil by an Islamist gun-toting terrorist, my blood ran cold; my hands started sweating. Dazed, I found myself in the work toilets shedding a silent tear. And then I realised why I needed to be alone: I felt scared.

For the first time in my life, as a British Jew, 70 years on from the liberation of Auschwitz, I felt anxious and bewildered at how this assault had happened just across the Channel. While I was stunned and enraged by the murders of the Charlie Hebdo cartoonists and writers — both as a journalist and citizen — it was the murder of my fellow Jews that left me feeling personally exposed. …

It would be irresponsible to overstate the risks that Jewish people presently face in Britain – although the spokesman from CST [the Community Security Trust] grows quiet when asked what’s being done about the possibility of copycat terrorist attacks. … Today in Britain the wider society seems unwilling to grasp, denounce and crucially understand anti-Semitism. The Jewish community needs more outward solidarity as the tide slowly turns against us once more.

Jews themselves, who are on the whole brilliant at assimilating, need to get better at publicly calling out anti-Semitism — instead of trying to distance themselves from the problem in embarrassment. My husband, for instance, wasn’t sure about me writing this column — fearing the backlash. There may be only 260,000 of us in the UK but if we don’t lead, how can the rest of society follow? (Somewhere between the Holocaust and 2015 it became OK to blame Jews again, The Telegraph, 15th January 2015)

No matter how many times you read that column, you will not find Ms Barnett mention the words “Muslim” or “mass immigration.” Nor does she point out that, like murder, rape and corruption, anti-Semitism is far more prevalent among Muslims than among White Europeans. Remember how she feels compassion for the Blacks and Muslims massing in Calais, who are “real people, with hearts, families and lest we forget it, human rights.” 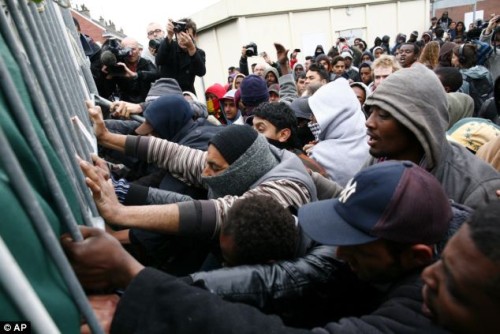 Some electricians in action

They’re also people with ideas. Does she think that “Eritreans, Ethiopians, Afghans and Sudanese” are likely to be philo-Semites or anti-Semites? Feminists or misogynists? Passionate supporters of LGBQT rights or committed homophobes? Those questions answer themselves, which is why Jewish journalists like David Aaronovitch and Emma Barnett don’t raise them. Instead, Aaronovitch & Co. promote mass immigration into the West by the most violent, corrupt and intellectually backward groups on earth.

Meanwhile, Israel’s response to “Eritreans, Ethiopians, Afghans and Sudanese” is completely different: it firmly refuses to grant them the right of entry. If you want to understand the ethnocentrism behind these stark differences in Jewish attitudes between the “Diaspora” and Israel, the late Larry Auster is an excellent guide:

Just the other week I was telling a secular, leftist Jew of my acquaintance, a man in his late sixties, about my idea that the only way to make ourselves safe from the specter of domestic Moslem terrorism is to deport all jihad-supporting Moslems from this country. He replied with emotion that if America deported Moslem fundamentalists, it would immediately start doing the same thing to Jews as well. “It’s frightening, it’s scary,” he said heatedly, as if the Jews were already on the verge of being rounded up. In the eyes of this normally phlegmatic and easy-going man, America is just a shout away from the mass persecution, detention, and even physical expulsion of Jews. Given the wildly overwrought suspicions that some Jews harbor about the American Christian majority who are in fact the Jews’ best friends in the world, it is not surprising that these Jews look at mass Third-World and Moslem immigration, not as a danger to themselves, but as the ultimate guarantor of their own safety, hoping that in a racially diversified, de-Christianized America, the waning majority culture will lack the power, even if it still has the desire, to persecute Jews. (Why Jews Welcome Muslims, Front Page Magazine, 22nd June, 2004)

Emma Barnett talks loudly about her “compassion” for the “victims” of Calais. She’s deluding herself. Compassion is nothing to do with it: she supports open borders for Blacks and Muslims because she thinks open borders are good for Jews such as herself. She obviously doesn’t care about the pathologies that follow, from epidemics of child-rape to mass surveillance by the state. Those are costs that she’s happy for the White majority to pay. Remember her claim that Jews “are on the whole brilliant at assimilating.” I think she needs to look “assimilate” up in a good dictionary. Assimilation would mean that Jews like Barnett and Aaronovitch chose to defend Europe, not destroy it.