When was it first apparent that Angela Merkel’s open-border policies might lead to problems for Germany? About 2000 years ago:

That’s the Roman poet Horace, who died in 8 BC. Germany was once famous for classical scholarship. Today it’s famous for cultural Marxism. The central message from our hostile elites is that Whites must open their nations to the world and celebrate their own dispossession. Angela Merkel obeyed that message with exceptional enthusiasm when she allowed more than a million “refugees” to enter Germany in 2015. That’s why the New Year celebration in Cologne was such a vibrant occasion. Crowds of New Germans expressed their gratitude to Mutti Merkel by staging a re-enactment of what happened in Tahrir Square in Cairo during the Arab Spring. In other words, they committed hundreds of sexual assaults on young women. 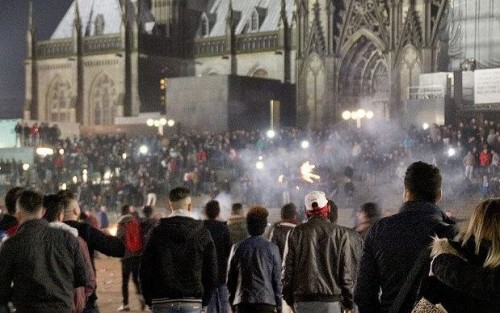 When ugly reality intrudes on liberal fantasy, the first response of liberals is always to pretend reality isn’t there. For example, for decades they’ve ignored the Muslim rape-gangs operating in Rotherham, Oxford and many other places. Unfortunately, they couldn’t censor what happened in Cologne and elsewhere, so they moved to Plan B. The B stands for “Bafflement.” The New York Times quoted Ulrich Karpen, a professor of constitutional and administrative law at the University of Hamburg: “It is all still incomprehensible.” Who can understand why Third-World people create Third-World problems? At the BBC, they’ve engaged in a “Search for answers”: “As reports of assaults continue to come in from Cologne and some other German cities, victims and onlookers have been asking how this could happen.”Yes, how could it happen? Germany welcomes huge numbers of young men from notoriously misogynist cultures and the young men then treat German women badly. Who could have foreseen it? Not the BBC economics reporter Robert Peston, who predicted a quite different future for Germany in September last year:

It is arguably particularly useful to Germany to have an influx of young grateful families from Syria or elsewhere, who may well be keen to toil and strive to rebuild their lives and prove to their hosts that they are not a burden — in the way that successive immigrant waves have done all over the world (including Jews like my family in London’s East End). … Here is the thing. Wherever you stand in the debate on whether immigration is a good or bad thing — and most economists would argue that immigration promotes growth — right now immigration looks much more economically useful to Germany than to the UK. (“Why Germany needs migrants more than UK,” BBC News, 7th September 2015)

Even at the time Peston was being dishonest: “young grateful families” were far outnumbered among the refugees by arrogant and aggressive young men. “According to official counts, a disproportionate number of these migrants are young, unmarried, unaccompanied males. In fact, the sex ratios among migrants are so one-sided — we’re talking worse than those in China, in some cases — that they could radically change the gender balance in European countries in certain age cohorts.” 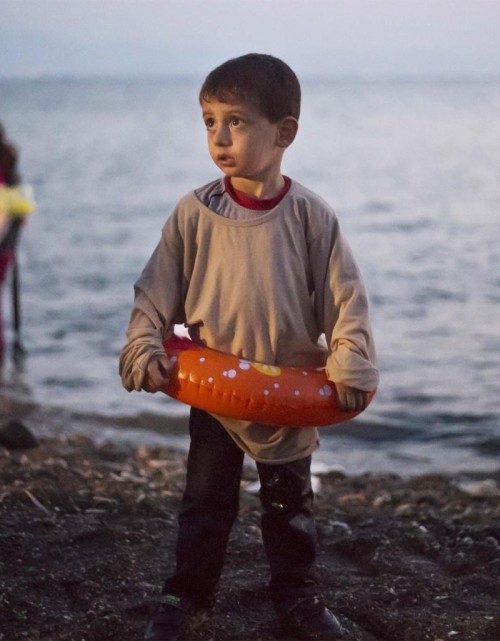 And if youth is the key to prosperity, why is the Third World not booming? Youth isn’t the key to prosperity, of course. What matters, inter alia, is intelligence, self-control and the ability to cooperate with strangers. All of those are under strong genetic influence and all are in short supply in the Third World. To be generous, Robert Peston was deluded when he claimed that Germany would benefit from the nimble fingers and quick brains of “immigrants.” As Mark Steyn pointed out, their dexterity has been employed to quite other ends:

Cologne Mayor and “refugee activist” Henriette Reker told the hundred-plus sexually assaulted women of her city that the easiest way to solve the problem is to keep men at “arm’s length”. This may work for Mayor Reker traveling around her fiefdom with a car and security detail, but, alas, out on the streets, men often have longer arms than women, and, when there are more than one of them, you can easily wind up out-armed: “Ich hatte Finger an allen Körperöffnungen,” as one young lady put it. “I had fingers on every orifice.” (Checkpoint Charlie Hebdo, SteynOnline, 8th January 2016)

The Mother who Matters

Denying reality always has costs. At the moment, it’s the little folk who are paying those costs. The liberal lie of human equality has resulted in the West being flooded with non-Whites of low average intelligence and high average criminality. Another story currently in the British news is that of the brutal triple murder of a mother and her two young sons. The suspect is called Arthur Simpson-Kent. Like Ryan Coleman-Farrow, he sounds as though he’s a stale pale male. In fact, he’s a Black enricher who’s currently being extradited from Ghana. 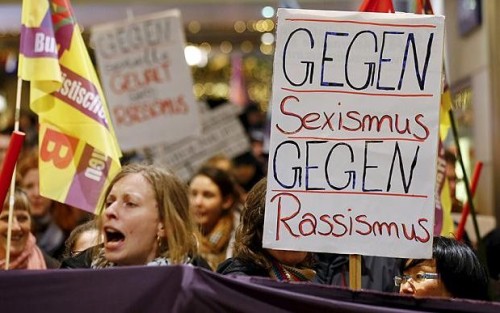 Feminists will not of course admit that Blacks and other non-Whites are much more likely to be violent towards women than White men are. That’s reality and feminists are not interested in reality. Alas, the vibrancy in Cologne is yet more proof that reality is very interested in them. Pretending that all human groups are the same under the skin is as lunatic as pretending that all breeds of dog are the same under the fur.

In reality, pit bulls are not collies and Syrians are not Germans. As Horace warned 2000 years ago: Expellas Naturam furca, tamen usque recurret. “You may drive Nature out with a pitchfork, but she will always return.” It’s Mother Nature who will now govern what happens in Germany, not Mother Merkel.