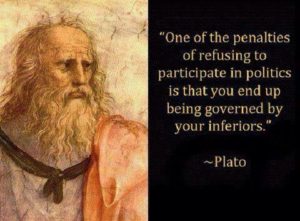 Greek thinkers often debated the nature of the gods and the universe itself — or nature — and their relationship with the laws. Many Greeks denounced their traditional stories about passionate and violent gods as impious. Some denounced their city’s laws as contrary to nature. The Greeks were typically Western in their willingness to question convention.

The Greeks almost universally believed that anyone who violated the will of the gods or nature, whether out of ignorance or contempt, would inevitably be ruined and destroyed as a result. In a quite literal sense then, to be impious or to do the unnatural meant for the Greeks to be engaging in maladaptive behavior. Homer’s capricious gods and the suffering of his heroes, who may have unknowingly offended a god, reflect the anxiousness of men, facing death and danger at every turn, to respect the inscrutable higher powers that hold sway over their lives.

This point is perhaps made most explicitly in one of Xenophon’s dialogues on the subject of incest:

Socrates: Those who transgress the laws laid down by the gods pay a penalty which no man can escape in the way that some transgressors of man-made laws escape paying the penalty, either by escaping detection or by the use of force.

Socrates: The greatest of all, I can tell you, what greater misfortune could happen to human beings in the procreation of their children than to procreate badly?[1]

The prohibition on incest is therefore a divine or natural law. This interdiction is a perfectly adaptive principle, even though the Ancients could know nothing about the genetic reasons for consanguineous diseases or inbreeding depression. In Xenophon’s dialogue, Hippias and Socrates observe two further customs besides incest which, being shared by (virtually) all human societies, likely reflect natural law: “among all peoples the first established custom is to worship gods” and “to honor parents.” I would argue both are fundamental adaptive principles. To honor one’s parents means to know one’s kin, to be in solidarity with them, and, to a certain extent, to inscribe ourselves in their wider plan. Elsewhere, Xenophon observes that a mother’s love for her own children is also a “natural law,”[2] which is self-evidently adaptive.

Piety, I would argue, represents an in-born drive for obedience and enforcement of group norms, defined by the reigning religion. A religion’s principles can of course by maladaptive (I think especially of universal religions, often promoted and manipulated by rulers of multiethnic empires). However, traditional tribal religions seems to virtually always have adaptive values on the whole. Specific religions such as Judaism, Hinduism, or Shinto clearly have adaptive ethnocentric principles. Greek polytheism, besides promoting the family and values of personal heroism and sacrifice, emphasized loyalty to the city-state, which as we have seen was a kinship group. The universal abhorrence for impiety in traditional societies represents, in my view, an instinctive aversion to normlessness, a society with no direction or ordering is felt to be a revolting sacrilege. Religion can be likened to a kind of social software: it enables both group unity and potentially radical changes in social behavior through various mechanisms (guilt, enforcement), without waiting for invariably slow genetic change—what evolutionists refer to as cultural group selection.

This by no means exhausts the discussion of natural law. I observe however that the usual Greek conception, that what is unnatural and impious is self-destruction/maladaptive, tends to imply duties rather than rights.[3] The Greek conception of natural law means individuals and communities have a duty to not engage in behavior which will ruin them. Conversely, as we Westerners are transforming our societies in utter contempt for the laws of tribalism in human beings and heredity in all living creatures, so we become steadily weaker with every generation.

It follows that for the Greeks, ethics — personal or political — could only be known through knowledge of the natural and divine laws of the universe. The good state would hence seek to harmonize its laws with those of the universe. As Heraclitus says: “all human laws are in the keeping of the one divine law; for the one divine law has as much power as it wishes, is an unfailing defense for all laws, and prevails over all laws.”[4] A possible implication is that if the state’s laws are unnatural and maladaptive for one’s people, one has the right and duty to violate and replace those laws.

The philosophers then had a quest to discover nature’s laws and to inspire their society to live in harmony with them. This however had obvious antidemocratic implications. Democritus, a philosopher famous for his positing the existence of indivisible atoms, believed that it was “wrong to assess the truth by majorities and minorities.”[5] Indeed, by definition, those with the best knowledge of truth are a tiny minority — just as the best sprinters, the best ship-builders, the best doctors, etc., form tiny minorities of their respective fields. Much later, the philosopher-emperor Julian, the last Roman ruler to seek to revive the old pagan religion and Greek philosophy, summarized things thus: “the end and aim of . . . every philosophy is happiness, but happiness that consists in living according to nature and not according to the opinions of the multitude” (To the Uneducated Cynics).[6] Cultural and political leadership was then meant to belong to those who had both the in-born intellect and goodness, and the best training and education, to know the truth.

For the ancients, the recognition of inequality was foundational to ethics. An egalitarian was effectively morally blind. Inequality extended to all spheres. At the individual level of the human soul, reason was considered superior to emotions, and emotions superior to mere pleasure. In the best human beings, those who fulfill our true potential as distinct from irrational beasts, reason rules over pleasure and pain, with the assistance of his emotions. Since reason was not distributed equally among all people, human inequality was a fact of nature — a truth that  has been scientifically shown repeatedly in the literature on the behavior genetics of IQ.

At the level of the universe, species and things were unequal in the same regard: gods were superior to men, men to animals, and animals to inanimate objects. In this schema, humans should worship and serve the gods, while rightly ruling over animals, and finally animals over mere matter.

Between individual man and the universe, there is the city. And here again one finds inequality and diversity everywhere in any human society, much of it inborn. Again, the better — those who are more enlightened, by whatever happy combination of natural ability and good upbringing — should lead those with lesser abilities.

The inequality of all things in the universe is axiomatic for the Greeks. And equally axiomatic is the rule that the better should rule the worse, and not otherwise. As the gentle Marcus Aurelius, another Roman philosopher-emperor, would say: “Is it not clear that inferior beings were made for the sake of the superior, and superior beings for the sake of one another?”[7] And again, with his trademark magnanimity towards the less enlightened, he said: “Try to persuade them, but act even against their will if the principles of justice demand it.”[8] 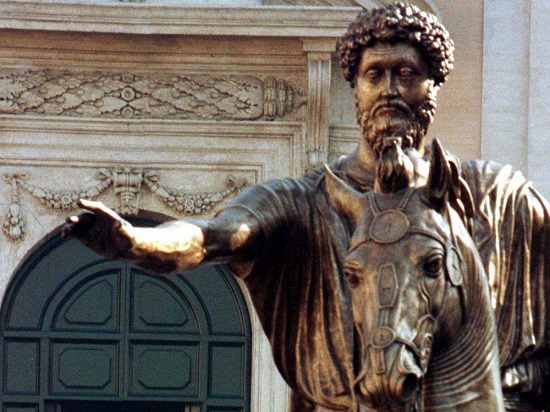 One does not find much of an individualist strain in ancient Greeks politics. But one does find an egalitarian one. Sometimes this was justified, as over time land and wealth had a tendency to accumulate into few hands and the people to became indebted through usury. There were periodic revolutions to spread the land more equally among citizens. However, as so often in Western history, the egalitarian tendency frequently lapsed into self-destructive excess. As Heraclitus observed with damning eloquence:

For banishing Hermodorus, who was the best man among them, the Ephesians deserve to be hanged, every last one of them, and to leave the city to boys. They said, “Let no single one of us be best, or else let him be so elsewhere, among others.”[9]

The aristocratic and antidemocratic strain throughout the entire ancient philosophical tradition cannot be overemphasized. This goes far beyond the understandable frustration of Athenian philosophers at the defeat of their incompetent democratic regime during the Peloponnesian War and their revulsion at the democracy’s execution of Socrates, a man in all respects superior to the mob. Rather, it is a point of principle, as Plato is at pains to emphasize in his Laws: the unequal should be treated unequally, and justice “consists of granting the ‘equality’ that unequals deserve to get.”[10] On this point, Aristotle agreed with his teacher Plato, writing:

Greek philosophers more generally understood that gifted men with the opportunity to dedicate their lives to the pursuit of the truth would be far closer to that truth than the common man, let alone  a fickle mob, whose opinions were at best the product of folk-wisdom and popular culture.

[2]    Xenophon has one of his protagonists say that there is a “natural law which makes it easier for a responsible woman to care for her own children than to neglect them.” Xenophon, The Estate-Manager, 9.16-10.8, in Ibid.

[3]    A “natural right” would then, I suppose, only be a right which if violated would tend to destroy the community. There might then be a “natural right” to a degree of private property, insofar as wholly communist economies, in disregarding individual rationality and the slowness of the state, are invariably failures. I see no obvious relation between the ancient notion of “natural law” and the modern notion of “human rights.”

[6]    Julian, To the Uneducated Cynics, in Emily Wright (trans.), The Works of the Emperor Julian, volume II (1920). https://en.wikisource.org/wiki/To_the_uneducated_Cynics