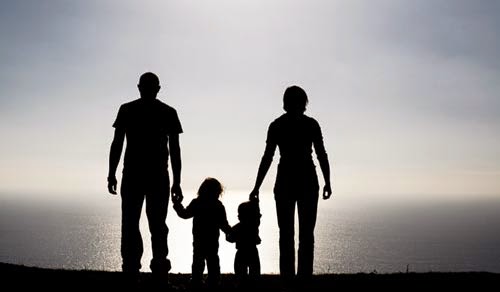 Long before Darwin, our European ancestors often had a sense of the objective reality of heredity and of the moral duty of reproduction. A powerful example of this is provided by William Shakespeare’s so-called procreation sonnets (numbered 1–17), which ceaselessly exhort a mysterious, male young friend to marry and raise children.

Shakespeare argues that, for a good person, childlessness is a kind of selfishness: one’s personal qualities can only live on in one’s biological posterity. He tells his friend of “the true concord of well-tunèd sounds / By unions married” (8) and urges him to have a son and thereby “your sweet semblance to some other give” (13).

Shakespeare posits a eugenic instinct in men, whereby they are sexually attracted to beautiful women so as to perpetuate that beauty:

From fairest creatures we desire increase,
That thereby beauty’s rose might never die,
But as the riper should by time decease,
His tender heir might bear his memory (1)

Nature’s bequest gives nothing, but doth lend,
And being frank she lends to those are free:
Then, beauteous niggard, why dost thou abuse
The bounteous largess given thee to give? (4)

In contrast, to have children means the consolation of seeing them mature even as we age. Through them, we achieve a kind of immortality and generously share one’s good qualities with the world’s future generations:

Be not self-willed, for thou art much too fair
To be death’s conquest and make worms thine heir. (6)

And nothing ’gainst Time’s scythe can make defense
Save breed to brave him when he takes thee hence. (12)

The Bard eloquently writes of the transience of all things: “everything that grows / Holds in perfection but a little moment” (15). In begetting children, we engage in a heroic struggle and “Make war upon this bloody tyrant Time” to preserve the “lines of life” (16).

In his final procreation sonnet, Shakespeare emphasizes that a mere written record of someone’s existence, such as a poem, is a poor substitute for actual, living descendants. He says:

If I could write the beauty of your eyes,
And in fresh numbers number all your graces,
The age to come would say “This poet lies:
Such heavenly touches ne’er touched earthly faces.”
. . .
But were some child of yours alive that time,
You should live twice, in it, and in my rhyme. (17)

Shakespeare’s procreation sonnets reflect the fact that our ancestors, long before modern evolutionary science, had an instinctive sense of the objective reality of heredity and of the moral aspect—indeed, duty— of reproduction. Indeed, these truths were obvious to every young mother and father who, gazing into their child’s eyes, could see those of their own parents, living on.

Westerners today are increasingly single and childless well into their twenties and thirties. To use Shakespeare’s felicitious phrase, they are “beauteous niggards.” Whereas in the 1950s, a young White man in his mid-twenties was likely already the breadwinner of a growing family, today he is more likely to be single, unemployed, and/or living in their parents basement, watching sportsball and playing video games (a status highly unattractive to women). I doubt the rise of loneliness and the economic and social-status decline of White men, ushered in by the 1960s cultural revolution, have been conducive to personal happiness.

The world is a vast cemetery of tribes and nations, most long-forgotten, a few living on only in the history books. Every person of European descent ought to realize that the Western and European nations are intrinsically beautiful and valuable, that our ancestors have made a literally incalculable collective contribution to the world, and that the perpetuation of our nations and of our kind is a supreme moral good.

So what is a young man to do today? Of course, for the few who are public activists, childlessness may allow them to specialize in White advocacy, the benefits to the race possibly outweighing their personal genetic loss. In fact, given the reality of ethnic genetic interests, an effective White advocate could potentially ensure the continuity of far more copies of his own genes than he could possibly achieve by even the most energetic parenting.

But we need our people to procreate as well. Low White birth rates in the context of mass non-White immigration are a scandal and a sign of a dying, decaying civilization. It certainly is not easy to reconcile married life with politics, let alone heretical politics. For most of us however, the answer is simple: find a young woman of beauty and good character, beget and educate fine children, that you and your nation live on in them!

The great English poet’s procreation sonnets are in perfect harmony with the first poet of the Western tradition, Homer, who immortally expressed the spirit of the Hellenic way of life. When the hero Odysseus had been away from home and his loyal wife Penelope for many years, he waxed lyrical about the joy and power of a happy marriage: “There is nothing nobler, nothing lovelier, than when man and wife keep house together with like heart and with like will. Their foes lament, their friends rejoice, but the truth of it all is with her and him” (Odyssey, 180–186).