Love in the Age of Dispossession
Loretta Malakie

This is a deceptive book.

Oh, it delivers what it promises, and more, but in the beginning there’s a little essay about the decline of rural America, farm country (in this case, Upstate New York) and Le Grande Remplacement. Then for a while it plays at being a Generation X teen romance. A high school Goth girl is sitting on a park bench in a small town in Upstate New York: “It’s 1993, and when a boy loved a girl he made her a mixtape.”

Catherine “Kitty” Burnes is an Irish-Catholic wannabe rebel who’s been accepted at Ivy League schools, but there’s a sense that Something Is Not Right with her world. The first part of the novel subtly hints at the coming troubles, the emptying and degradation of small town America and the great White die-off that would follow. But on first reading you might think it’s something else, an almost photo-realistic description of one young American woman’s life, upwardly mobile, out of the sticks and away from the hicks and on to New York City, the vibrancy and the multiculturalism and the thousand different ethnic restaurants. The media ecology around her—and us—relentlessly tells us this is what we want, the pinnacle: Freedom! Freedom from, from neighbors who know your business, your stupid high school friends and limits on your “self-expression” and, most of all, freedom to have sex when you want, with whom you want, without pain or fear or guilt. By the time Kitty arrives to live as an adult in New York, the relentless propaganda for Erica Jong’s Zipless Fuck is well into its second generation. And instead of fulfillment, it delivers anomie.

The sequence of events here is a deadpan, devastating parody of what Cosmopolitan and Sex and the City and a score of network comedies have sold to rest of America as The Good Life: Kitty goes to Cornell, Kitty goes to Europe (though we read only the barest details of her time there), Kitty goes to New York City, Kitty goes to law school and clerks for a federal judge. And none of it satisfies or fulfills or brings any real happiness, because she’s detached, from her people and her nature as a woman. She knows something is wrong. Always something is missing. 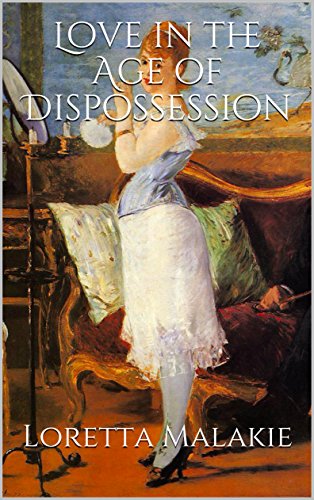 Ms. Malakie delivers a surprisingly complete and colorful picture of those for whom the city is home ground, especially the Orthodox Jews that Kitty ends up spending time with. She captures the essence of their comfort with each other and the city. For a time, during law school and after, Kitty associates with them almost as a substitute family, though eventually the inherently unsatisfactory nature of these relationships come home to roost. The novel also has two vividly drawn, college-educated Black New Yorkers and one Black affirmative action nightmare. As unrepresentative as former may be of the average, they lend a certain verisimilitude to work life in the city.

The art of the book is in the building; building complexity as Kitty grows up, building realization of the existential crisis she and her people are facing. The last section, which could only be spoiled by any explicit description of events, builds toward Kitty’s realization of her true nature and of what can redeem her, and us.

The novel has some imperfections that a good editor would have caught, notably some rather heavy-handed foreshadowing earlier in the book that could have been cut. These imperfections are far outweighed by the skillful, gradual increase in tension and depth as the story unfolds, and a moving last section that delivers on the book’s premises and the promises the reader has come to expect from what came before.

Love in the Age of Dispossession subtly and movingly shows the pathologies of feminism, modernism and materialism. More importantly, it artfully discovers and describes the life-affirming alternative.

Neovictorian is the author of Sanity, a Novel.