On August 10th, 2018, Richard Russell, 29-years-old and married, a baggage handler at the Seattle-Tacoma Airport, who had no training as a pilot, and who as far as anyone knows had never flown a plane before, took an empty 75-seater twin-turboprop Bombardier Q400 plane and flew it for about an hour over Puget 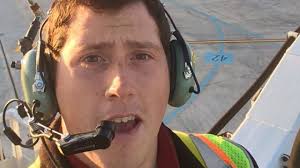 Sound, executing wild, dangerous, and highly impressive maneuvers, rolls and such, all the while engaging in a self-effacing chat with an air traffic controller, before—in all likelihood with suicidal intent–plunging into sparsely populated Ketron Island 25 miles southwest of the airport, demolishing the plane and ending his life.

White advocacy social media and websites picked up on the story in a big way, depicting Russell as a kind of folk hero in a time of whiteness under siege, white manhood in particular.  Three Twitter posts quoted in an article in this publication:

I think he feels the pain of an entire race being exterminated but can’t quite articulate his depression.

Literally this was the whitest hijacking ever. The guy just flew around the water and crashed so others wouldn’t be at risk.

The blue checkmarks will hate Rich because in the last moments of his life he was free and that terrifies them more than anything else.

While I was highly impressed—amazed, really–with the audacity of Russell’s stunt, and his courage, and his remarkable, apparently unschooled, capability as a pilot, I have qualms about setting him up as a representative or exemplar of white manhood.  I don’t buy that Russell felt the pain of an entire race being exterminated (a bit of an overstatement); that just flying around and crashing a plane is the whitest way to hijack; that he was free in his last moments—driven and doomed and regretful are better descriptors of his state of being; or that he terrified anyone not in the immediate vicinity of his escapade and confronting what he might do with that plane.

When I was a kid, on Saturday mornings I used to watch “Sky King” on television, a half-hour adventure show.  The lead character, Schuyler “Sky” King, was an Arizona rancher and airplane pilot.  He looked out for his niece Penny and nephew Clipper, who lived with him on his ranch.  Using his Cessna airplane, the “Songbird,” Sky would track down criminals and rescue lost hikers, things like that.  As I think about it now, I’m glad there wasn’t an episode where Sky, with no regard for what would happen to Penny and Clipper, steals somebody’s plane and takes off without clearance, radios the tower that he is broken and has a few screws loose (which Russell did), and then does some loop-de-loops before destroying both the plane and himself; and where then somebody comes on telling me, “Hey, how about that—The Sky King!–quite the man, huh?”

To my way of thinking, white men (and of course, women) when they aren’t distracted from who they are, and are aware of their power to be autonomous and self-determining, don’t allow themselves to be defined by what non-whites and self-hating whites think of them.   No matter what obstacles are placed in their way, they don’t come on as victims or messed up.  They don’t put themselves down, and they stubbornly refuse to be without hope.  They build themselves up; they don’t abuse themselves with substances, bad habits, anything.   They expand and create; they don’t contract and destroy, whether it be property or themselves.  They don’t blame others for their status in the world, or ask for handouts and double standards in their favor.  Other people do those kinds of things.  Whites when they are true to themselves choose not to, and they understand it is a choice, that they aren’t marionettes on strings.

The exchange between Russell and air traffic control included this:

Russell: Hey, do you think if I land this successfully, Alaska will give me a job as a pilot?

Air traffic control: You know, I think they would give you a job doing anything if you could pull this off.

My read of this is that Russell is saying Alaska wouldn’t give him a pilot’s job because he is white, that he has no chance, that’s it’s all bigger than he is.   Where did he get this idea?  How would he know something like this for sure?   Has he thought about what this defeatist attitude costs him?  Who’s telling him that he has the power to decide for himself what it means to be a white guy and to act accordingly (like bust his ass to become an airline pilot for Alaska)? 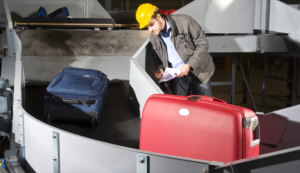 White people worthy of the designation are responsible to their worlds.  In Richard Russell’s case, he shows up for work at the airport on time rested and clear-headed and throws bags better than anybody, and he takes pride in doing that, he doesn’t bitch about his job.  And he honors his marriage vow to his wife, cherishes her and is there for her 100% forever; he doesn’t decide it’s good idea to make her a widow.  And the weekend coming up, he spends time with his parents and siblings.

They aren’t Sky Kings to be sure (nor was Russell as far as I’m concerned), but looking at this from a racial angle, the White Kings, call them that, were Russell’s anonymous white bag handler colleagues, who on the day Russell stole and destroyed a multi-million-dollar airplane someone else had created, did their damn best with the bags until the last minute of their shift and stopped off on the way home, if they could find someplace open, and bought their wife a dress.   And if they had children, got them something nice, and the next chance that came up, read a story to them or took them fishing. 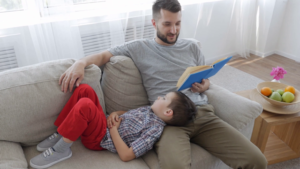 Nobody, nothing, makes a fleeting shooting star that leaves but shattered wreckage and a corpse out of a true white guy.  It comes down to an individual, existential, choice white men (and women) must make for themselves, nobody can make it for them: “No matter what is going on in my life, I’m not thinking and acting like a loser or a lesser or a malevolent or damaged being!  NO!!”

Those of us with a public voice need to point out the harsh realities currently facing white people; but we need to be careful that it doesn’t lead, in both our audience and in ourselves, to gloom-and-doom and despair—look what they’re doing to us, those bad people, ain’t it awful–with the unintended consequences of giving people a good reason to shortchange themselves and us a good reason to condone what they do.  At the same time that we point out problems—which, don’t get me wrong, is a very valuable thing to do–we need to point the way to do-able solutions.   Knowing how things work and what’s wrong isn’t enough

So important, we need to hold up a positive vision to every white man and woman, boy and girl, and to ourselves: that they, we, now—not later, now, no excuses—stand proud and tall and, moment-to-moment, decision-by-decision, the very best we can, start living a productive, honorable life, in alignment with the highest standards of our race and heritage.  The particulars of how that plays out for each of us will depend on our unique capabilities, interests, and possibilities. 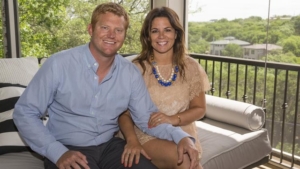 We with a public voice should point out examples of white people who have had it tough in their lives—where we would understand if they had succumbed to their circumstances–but who are nevertheless giving their all to living with decency, generosity, responsibility, effectiveness, and racial consciousness and commitment, and reaping the rewards of personal pride and a sense of self-worth that are the consequences of that, even if they aren’t as successful at it as they would like.  Feeling gratified, satisfied to the core of our being, and at peace, comes from giving everything we have in us to climbing the mountain even if we don’t get to the top.  Where we pay the painful price of self-disapproval, even self-disdain, is when we accept a reason, from wherever it came, for acquiescing, not even trying, for giving in, for giving up.

Just before he ended his life, Russell said, “I’ve got a lot of people that care about me, and it’s going to disappoint them to hear that I did this. I would like to apologize to each and every one of them.”  It’s touching to read that; he was obviously a sensitive and caring person.  That acknowledged, I’m going to do everything I can to see that those aren’t my last words, or the last words of anyone who hears my voice.