In October I wrote an article how immigrant crime is turning the Netherlands into a narco state. While organized crime thrives in the Netherlands, state services such as the police are fighting an uphill battle. Not only is the clearance rate remarkably low, they are also being actively undermined by hard-line diversity programs.

Over the past few years the Dutch national police introduced a new policy which aimed at diversifying the force. The intended goal was an ethnically diverse police force, with at least 25 percent of the officers having — preferably non-European — migrant backgrounds.

Achieving this number has proved very difficult. First, the police have a very negative image among most minorities in the Netherlands. Joining the police force is seen as something disgraceful or even as betrayal. Furthermore, many non-Dutch applicants simply cannot pass the background check, because relatives are often involved in criminal activities. And even if minorities pass the check, they seem very susceptible to one particular criminal offence: corruption. The same corruption that is rife in the low-trust, kinship-based countries they migrated from.

In June 2019, police officers arrested their colleague Donovan Atmopawiro, who worked as an advisor for the police command. Atmopawiro was considered a ‘crown jewel’ for being a brown gay officer. He got caught selling classified police information to criminals, as well as providing them with safe houses. His name was also mentioned during an investigation into cocaine smuggling. The discovery of his dual role was one of the biggest police corruption cases of this decade. 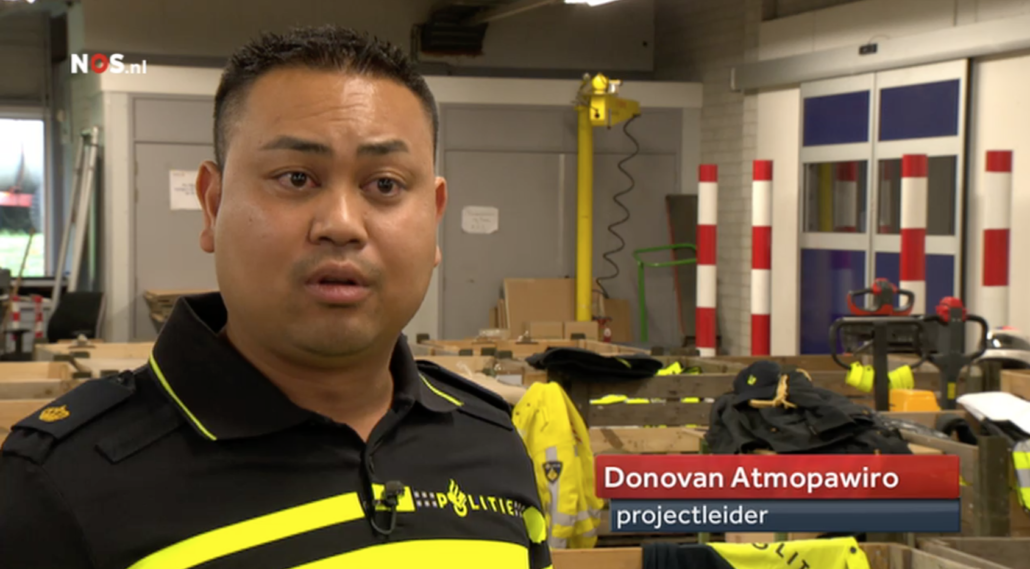 And this case is only the tip of the iceberg. The overview below shows similar police corruption scandals, all involving minority police officers:

Dozens of corrupt police officers have been discovered in 2019 alone, many of them with immigrant backgrounds. Most of the cases relate to the criminal underworld, but it will only be a matter of time before more serious security risks arise.

Another high-profile case involves a former bodyguard of right-wing populist politician Geert Wilders, who is known for his anti-Islamic ideology. Geert Wilders has been living under permanent armed protection for more than ten years. He moves around in armoured vehicles and always carries a bulletproof vest. Wilders secretly lives in safe houses and army bases. This went well for years, until a Muslim was appointed as one of his personal bodyguards.

In 2017, the police arrested Faris K., a high profile bodyguard working for the Dienst Koninklijke en Diplomatieke Beveiliging (DKDB), as part of Wilders’ security team. The DKDB is a special service responsible for the protection of politicians, diplomats and the royal family. Faris K. shared information about Wilders’ whereabouts with third parties. He also leaked details about Pres. Obama’s daughter visiting the Netherlands and used the police database for his own interests. Faris K. was fired and received a seven-month prison sentence.

In the following months it became obvious that Faris K. should never have been allowed to join the DKDB. Before working as a bodyguard, he was being investigated as a police officer due to integrity issues. His brother was fired from the police in 2007 for selling information to criminals — including details about a murder case — and he was also being investigated for rape. Two other officers from the same team, both having immigrant backgrounds, were also fired for leaking information.

Despite these worrisome developments, the police command persists in its program touting the ‘benefits’ of diversity. As a matter of fact, diversity has become institutionalized internally. Several interest groups have been subsidized to accelerate the diversification of the police, such as ‘Pink in Blue’ (LGBT), as well as Moroccan, Turkish and Jewish groups. 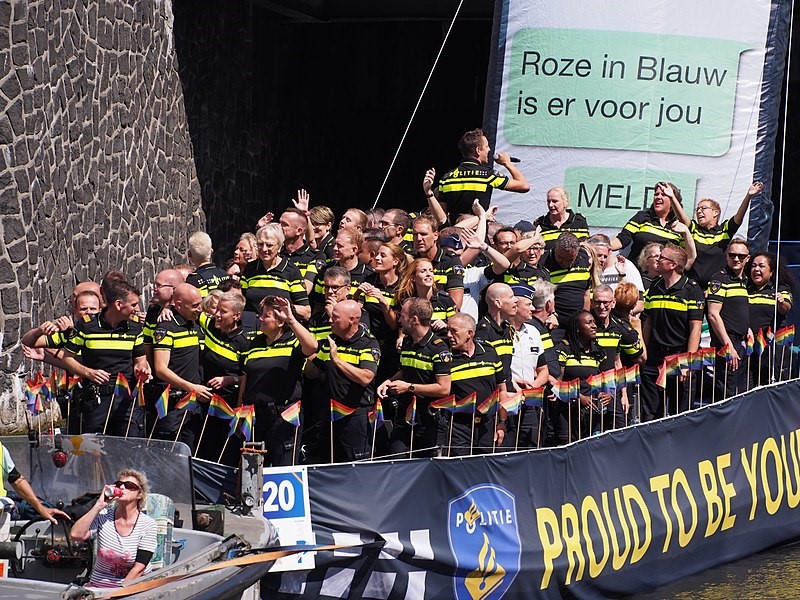 The police present at the yearly Pride parade in Amsterdam

One has to wonder where the diversity craze ends. Up until now, most corruption seems to be related to financial gain and a disaster involving Geert Wilders has been avoided. However, how long will it take before more sensitive organizations — such as the secret service — will engage in diversity policies?