If I could’ve offered Kurt Cobain of Nirvana a word of advice before he got himself a Jewish girlfriend in the shape of Courtney Love, it would of course have been: “Don’t!” He was probably doomed anyway, but he might have lasted longer and been much happier without her. Cobain was a fragile soul; Love had all the fragility of a titanium cockroach.

Which is why she’s still here and Cobain has been dead a quarter-century and counting. But Courtney Love wasn’t the only Jew in Cobain’s life or the only Jew benefiting from his goy talent and blond, blue-eyed goy looks. There were also David Geffen at his label DGC and his manager Danny Goldberg, to name but two. Perhaps this helps explain why the legendary producer Steve Albini said: “Every other person involved in the enterprise that is Nirvana, besides the band itself, are pure pieces of shit.” Albini also said that Courtney Love was a “psycho hose-beast” and turned down the chance to earn millions from producer royalties on Nirvana’s In Utero (1993). 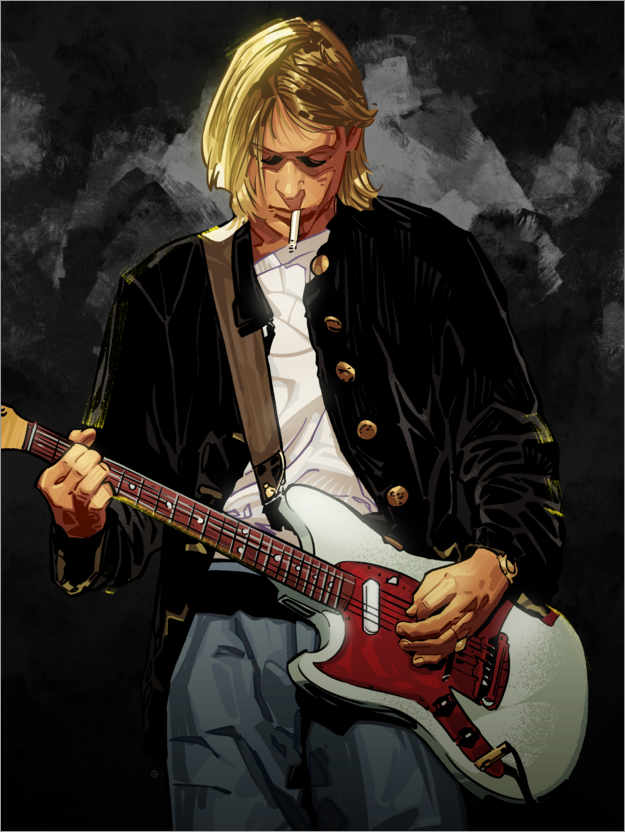 Goyishe kop! Cobain himself was what you might call a goy gallimaufry. He had ancestors all over north-Western Europe: Dutch, English, French, German, Irish, and Scottish. But the trouble for goy Cobain wasn’t just that he had lots of Jews around him. He also had lots of Jew inside him — inside his head, to be exact. His rebellious punk politics were standard-issue cultural Marxism, anti-White, anti-male, and anti-Western. After he got successful and won a mass audience, he fretted that unclean ears were listening to his music. And so he scolded crime-thinkers thus in the liner notes of Incesticide (1992): “If any of you in any way hate homosexuals, people of different color, or women, please do this one favor for us — leave us the fuck alone! Don’t come to our shows and don’t buy our records.”

And who were those homo-hating racist misogynists, those central figures in Cobain’s Jew-curated demonology? Rednecks, of course! That’s why he dedicated one live performance of the song “Rape Me” to “hairy, sweaty, macho, redneck men [portentous pause] who rape.”

Yes, rednecks are racists who rape. Indeed, racism and rape are their raison d’être, as White Leftists like Cobain had learned from films like The Accused (1988), in which blonde, blue-eyed Jodie Foster is gang-raped by three White men. That film was based on a real gang-rape of a White woman, but Jewish Hollywood White-washed (sic) the rapists. In reality, they were dark-skinned Hispanics; on film, they became White. Kurt Cobain probably never knew that and certainly wouldn’t have re-thought his politics if he had. Rednecks are the problem, not “people of different color.” Rednecks are racists who rape. Kurt Cobain knew that and so did his fellow musician Mia Zapata of the Seattle band The Gits.

And Cobain went on knowing it after Zapata was raped and murdered in Seattle on July 7, 1993. Cobain must have thought the still-at-large rapist was a redneck. Who else could it have been? And that racist redneck needed to be caught before he raped-and-murdered again. So Cobain’s band Nirvana played a benefit concert with other anti-redneck bands to raise money for a private investigator. Cobain was dead himself before the money ran out, but I assume that he would have been happy to donate more to the investigation if he’d stayed alive. After all, that hairy redneck was still out there, sweating, raping, and being racist. 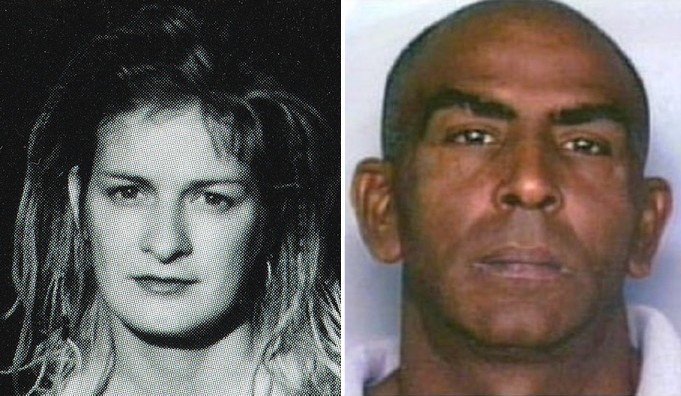 The faces of rape #1: Mia Zapata and her rapist-killer Jesus Mezquia

Well, the redneck rapist was finally caught in 2003, thanks to the DNA analysis developed by White scientists who shared ancestry with Kurt Cobain. But the rapist’s neck turned out not to be so red after all. In fact, he was a very dark-skinned Cuban called Jesus Mezquia — exactly the kind of person Kurt Cobain of Nirvana and Mia Zapata of The Gits were so enthusiastic about welcoming into America. Mezquia looks to have had substantial Black ancestry, especially when he’s set beside Mia Zapata. But as a Cuban he was probably entered into the rape and murder statistics as “white” or “Hispanic.”

Even with mislabeling like that, Blacks are undisputed champions of both rape and murder in every Western nation privileged to host them. Various groups of non-Black Muslim also punch well above their demographic weight in such criminal endeavors. And while White-on-vibrant rape is almost non-existent, vibrant-on-White rape is a serious but ignored pathology everywhere from America and Australia to France and Sweden.

Did Mia Zapata finally “git” that unpleasant truth on the last night of her life? Perhaps she didn’t. She tried to walk home alone late at night from a bar in Seattle, caught the eye of the blackneck Jesus Mezquia, and was probably listening to a music-player when he struck from behind. So she may never have realized that her rapist-killer was a non-White victim of racism, not a redneck inflicter of racism. 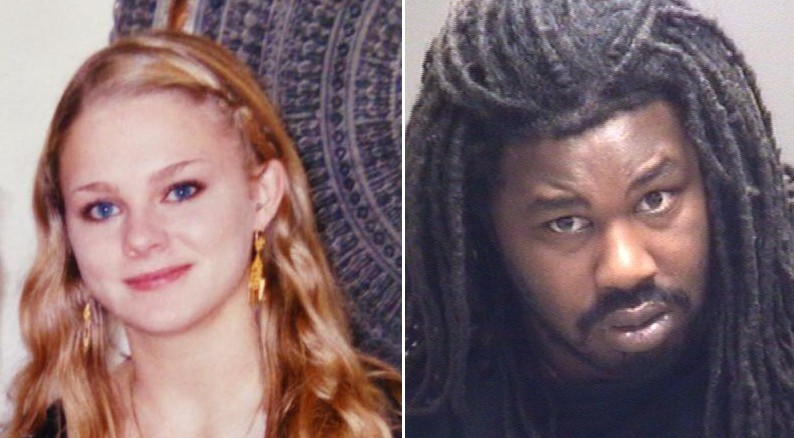 The faces of rape #2: Morgan Harrington and her rapist-killer Jesse Matthew

If she did realize the truth, I doubt that she had time to reflect that racism would have kept her rapist out of America. The same goes for Morgan Harrington, another young White women who tried to make it home alone in a racially enriched city. She attended a Metallica concert in Charlottesville, VA, on October 17, 2009, and somehow found herself outside the arena. She wasn’t allowed back in (I wonder what color the unsympathetic security guard or guards were?) and tried to get home alone. She caught the eye of a Black called Jesse Matthew and her remains were discovered three months later.

Morgan Harrington was a lot more attractive than Mia Zapata and her horrible ending was more unjust. Although she was probably misled and manipulated by the anti-White Jewsmedia just like Zapata, she was just an ordinary white woman, not a politically active White musician collaborating with the great Jewish project of Tikkun Olam, or “Repairing the World” by allowing non-Whites to flood into the West.

Whatever her politics, Morgan Harrington became yet another example of how White nations face a simple choice. We can have racism or rapism. That is, we can have pro-White governments that end mass immigration and begin to repatriate non-Whites. Or we can have more of what we’ve already had for decades: non-Whites raping us, murdering us, and eating our taxes.

Kurt Cobain didn’t “git” the simple choice of racism or rapism. And even if he’d lived to see the true face of Mia Zapata’s killer, I doubt he ever would have got it. Jesus Mezquia wasn’t a hairy, sweaty, racist redneck. And the odds were never good that he would be. But he was definitely macho. It’s a Hispanic word, after all, and that should have given Kurt Cobain a clue.

And if he’d thought a little more, he might even have realized that the many Jews in his life were his enemies, not his amigos.