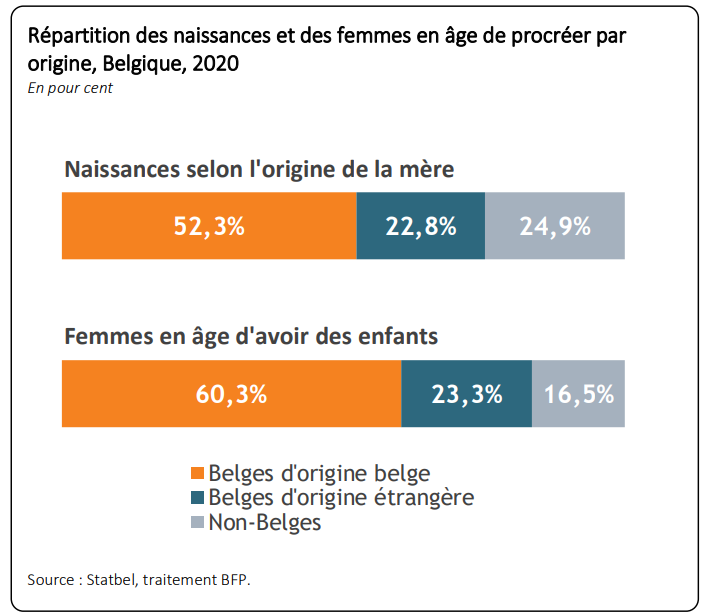 The Great Replacement is a “discredited conspiracy theory,” but it also an empirical reality, wherever governments and agencies deem fit to publish the relevant figures.

France has long been loathe to publish such statistics, but neighboring Belgium — which has a similar history of recent immigration — is not so circumspect. The Belgian Federal Bureau for Planning recently published a highly interesting fact sheet on the national origin of mothers in Belgium.

The figures for 2020 show that Belgium now has a historically-low total fertility rate of 1.58 per woman. Of these, barely half of births (52.3%) are to native Belgian mothers. The rest are more-or-less evenly split between mothers who are Belgian citizens of foreign origin and foreign mothers. 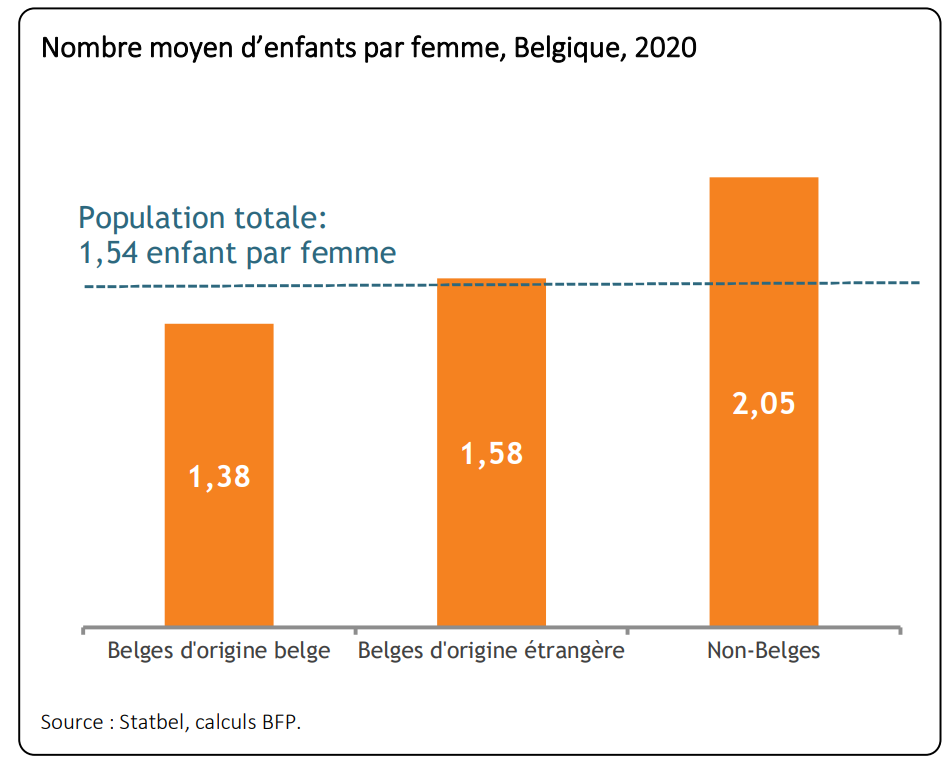 Fertility rates differ drastically by origin, with native Belgian woman at a mere 1.38 and foreign women at 2.05 (48.5% higher).

Belgian citizens of foreign origin have a fertility rate of 1.58, suggesting a convergence of birth rates over time. Admittedly, interpretation is difficult as it is unclear what is included in this category. What proportion of these are Italian-origin Belgians (significant waves came from 1945 onward, now numbering around 450,000)? What proportion are Arabs or Congolese with Belgian passports? We don’t know. 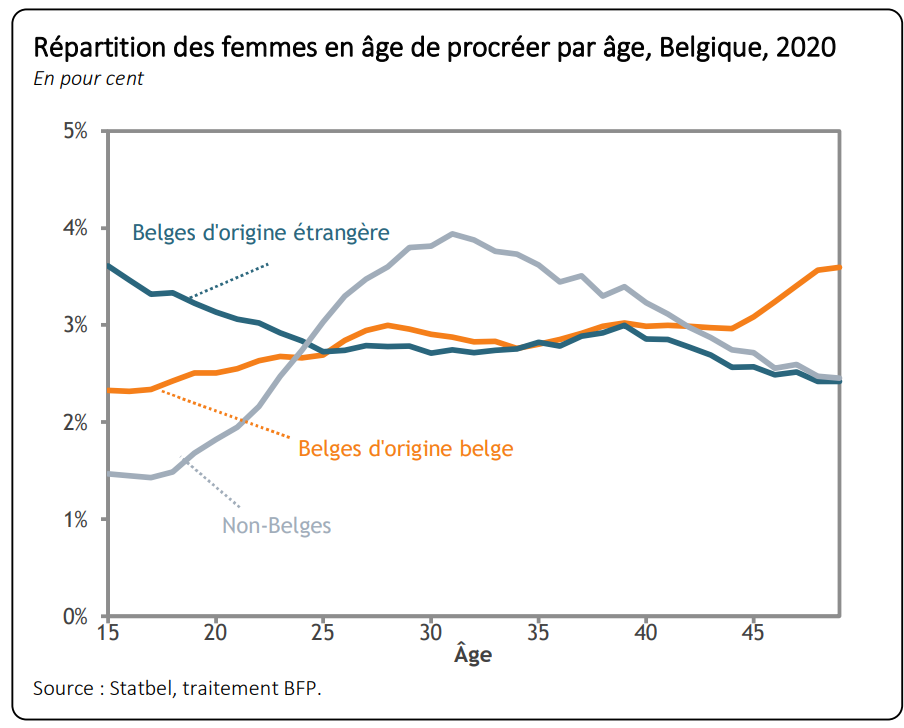 The replacement of the Belgian population will only ratchet up over time. Significantly, among 15-year-old girls, foreign-origin Belgian citizens and foreigners outnumber native Belgians more than two-to-one!

One struggles to find any previous examples in European history of population substitution on this scale. Probably one has to go all the way back to the Indo-European conquests circa 5000–4000 years ago.

The Belgian statistics are frustratingly unclear concerning the national origin of mothers in Belgium. “Citizens of foreign-origin” and “foreigners” indiscriminately include southern Europeans, eastern Europeans, Middle-Eastern Muslims, and Africans. There has been substantial European immigration to Belgium from Italy, Romania, and elsewhere.

It seems highly probable that European-origin mothers will have lower fertility rates than Africans and Muslims, though conceivably the latter converge somewhat in fertility with the natives over time.

Thus, foreign-origin people in Belgium make up one third of the population, about evenly split between Europeans and non-Europeans. I suspect non-Europeans make up about a third of births in Belgium, similar to France.

Whatever one makes of all this, the Belgian population is being irreversibly transformed beyond recognition within a single lifetime.

The consequences for the native population have often been dire. In France, recent figures show that foreigners (not including citizens of foreign origin) make up 7.6% of the population but are two to four times more likely to commit crimes such as theft, sexual assault, and murder:

This does not even factor in French and Belgian citizens of African or Muslim origin. During a trial of the French-Jewish pundit Éric Zemmour for “hate speech,” the Socialist politician Jean-Pierre Chevènement came to Zemmour’s defense. He testified that as interior minister he received a daily list of crimes in France and most of the criminals had African or Muslim last names.[1] Note that Chevènement was Minister of the Interior from 1997–2000! The situation is no doubt even more stark today.

Beyond the decline in social capital and well-being, there are also plenty of signs the population change is leading to a collapse in any common values within the society. A recent poll by the respected agency IFOP found that 65% of young Muslim high-schoolers in France considered that “the norms and rules” of Islam “are more important than the laws of the Republic.”

The right is often faulted for being alarmist on immigration. Part of the reason for this is that the consequences of these trends take time to become apparent but also have tremendous momentum. The most extraordinary political courage will be necessary to hold back the tide, let alone roll it back. In any case, wholly preventable ethno-religious conflicts among Europeans, Blacks, and Muslims will continue to be facts of life in Western Europe for the foreseeable future. There is every likelihood these problems will worsen and, if nothing is done, will indeed become overwhelming.