Kevin MacDonald’s work on the concept of “implicit whiteness” in his essay “Psychology and White Ethnocentrism” (acacdemic version) is a major breakthrough for White Nationalism. Ethnocentrism—usually stigmatized as “xenophobia” and “racism”— is a preference to be around genetically similar people. Anti-ethnocentrism—a preference for people unlike ourselves—is sold today as “diversity,” the secret ingredient that adds “strength” wherever it is found.

According to MacDonald, ethnocentrism is a natural phenomenon, hard-wired into the oldest and deepest levels of the brain. Anti-ethnocentrism, however, exists as a conscious moral conviction. From a psychological point of view, therefore, anti-ethnocentrism is relatively superficial, even though it currently dominates our culture and politics.

Anti-ethnocentrism is dominant because its advocates control the forces that shape our explicit consciousness: education, the arts, the news and entertainment media. But unconscious ethnocentrism persists and can never be extirpated because it is hard-wired into the brain.

Thus when leftists accuse Whites of “unconscious” racism, they are correct. Unconscious White ethnocentrism manifests itself in affiliation patterns. In particular, MacDonald cites country music, NASCAR, and the Republican Party as foci of implicitly White affiliation.

But because ethnocentrism is hard-wired, anti-racists can’t really do anything about it. At best, anti-racist “consciousness raising” can only institute a permanent state of inner psychological conflict.

The leftists thought that by controlling the explicit culture, they could eliminate ethnocentrism once and for all. But they can’t. They can only create a psychologically draining conflict between our conscious convictions and our conscious instincts. And they can never rest, because if they let up on the conditioning for just a minute, they may see all their gains—and all their power—swept away.

Contrary to enemy propaganda, ethnocentrism is a perfectly normal and healthy psychological trait. A racially aware individual who consciously believes that his ethnocentric instincts are morally right, enjoys inner psychological harmony, the peace of mind that is denied to anti-racists, who exist in a constant state of inner conflict between their natural instincts and their unnatural moral convictions.

Anti-racists are, in a real sense, mentally ill, whereas those of us who are self-consciously and proudly ethnocentric are mentally healthy (at least in that respect). And, because so much of the mental energy of anti-racists is drained away in internal conflict, other things being equal, we “racists” are stronger, happier, and more capable of transforming the world.

Thus MacDonald’s research is cause for hope:

1. The left cannot win, because they can only control our conscious convictions but not our unconscious instincts.

2. Nature is on our side, because in their hearts, people want what we want.

3. Time is on our side, because anti-racism introduces internal psychological conflicts that are bound to be debilitating over the long run.

Unfortunately, the import of MacDonald’s research is often misunderstood when applied to party politics. The euphoric reaction of some White Nationalists to the Republican gains in the recent midterm elections is a case in point. White Nationalists are claiming that “we” have taken control of the House, that “we” have made significant progress toward immigration restriction, that “Whites” are taking our country back.

White Nationalists were, of course, mostly spectators in the last election. “We” White Nationalists did not take control of the House, the Republicans did. So this talk about what “we” won is based on the power of make believe, in exactly the same way that a Giants fan says that “we” won the World Series. Fans form an imaginative identification with “their” team and vicariously experience their triumphs and tragedies as their own.

I have seen obese couch potatoes pantomiming touchdowns and toddling around beer-sodden rec rooms in victory laps, pumping their fists in the air as if they were star athletes. I have seen rock concerts where countless teenage boys, bombed out of their minds, play air guitar and feel like the crowd is cheering for them. In men, testosterone production actually rises and falls based on the performance of their sports teams. It may be good, clean fun. But it is not the foundation of sober political analysis. 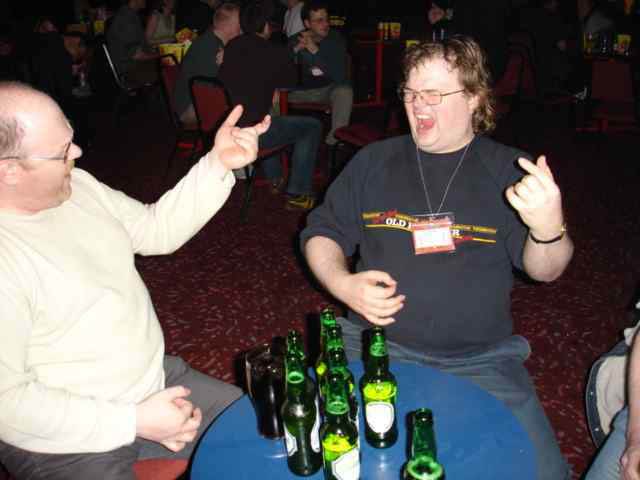 The misuse of the idea of “implicit Whiteness” is another factor contributing to giddiness about the Republicans and the Tea Party. Yes, the Republicans may be benefitting from implicit ethnocentrism on the part of Whites, but that is a far cry from explicit White Nationalists enjoying any sort of political power or influence.

First of all, the fact that Republican voters may be motivated by unconscious ethnocentrism does not imply that they are receptive to explicit White Nationalism. Most Republicans would vehemently reject the “accusation” that they have any racial fellow-feeling at all. Yes, this resistance to White racial consciousness is waning, partly because it is just tiring to fight against one’s natural instincts, and partly because White Nationalists are slowly getting our message out through the internet and through personal interactions. But we have a long metapolitical educational process ahead of us before we can turn implicit Whiteness into widespread explicit Whiteness.

Second, the fact that Republican voters may be motivated by implicit racial consciousness does not mean that Republican politicians will serve White interests. Quite the contrary, they would be the first to deny any hint of racism. They would deny it strenuously.

Republicans have a long history of taking the money, efforts, and votes of explicitly conservative and pro-life voters . . . and then betraying them. Why, then, would one expect them to be responsive to the merely implicit racial consciousness of White voters—many of whom would deny they are racially conscious altogether?

The sad truth is that Republicans will not cater to the interests of Whites even out of the “base” motive of self-preservation. In their hearts, Republicans know that their party is doomed by the rising tide of color. But they will doanything rather than admit this fact and work to preserve the White majority.

Other Republicans are committed to staving off political death through racial gerrymandering and ever more intense exploitation of the shrinking White voter base. They are praying for the left to rile up Republican voters by promoting further “progress” toward insanity: socialized medicine for pets, tax-funded sex change operations, the right to marry one’s pet, and the like. Republicans will do just about anything but speak the dreaded “w” word.

The barriers to moving the Republicans toward explicit Whiteness can be appreciated with an analogy. Imagine an organization consisting largely of unmarried men that has an explicitly anti-homosexual culture yet a pattern of recruiting and promoting young men based largely on sex appeal. Such an organization could accurately be described as “implicitly” or “latently” homosexual. Would such an organization, therefore, be a likely ally for the homosexual lobby?

Of course not. Its members would frantically rebuff any proffered alliance. Individually, many of the members might be sympathetic. But any sympathies would be cancelled by fear of the disapproval of their peers, because status in the organization depends on conformity to the explicit culture, and those who dissent from the party line will be replaced by those who toe it.

The same is true of explicitly White Nationalists trying to reach out to latently White Republicans. Status in Republican circles depends on adherence to anti-racism (except, of course, in the case of Zionism, which must be subsidized with tax dollars). Even if every leading Republican felt, in the privacy of his or her own mind, that anti-racism is nonsense, what are the chances that they would all level with one another at the same time? Because if a courageous individual stuck his neck out on his own, he might find his honesty turned against him by somebody who believes the exact same thing but is more concerned with gaining advantage over him in a struggle for personal advancement.

In fact, I believe that White Nationalists are more likely to find allies on some issues among Black and Hispanic nationalist groups, since members of these organizations don’t need to constantly prove their anti-White credentials like Republicans do. And that is the full measure of Republican depravity.

As I have argued elsewhere, the 2010 Midterm elections turned out about as well as could be expected for White Nationalists, given that racially conscious Whites are a tiny, despised, and almost voiceless minority. Let’s not forget that of the hundreds of candidates who ran, only Jim Russell in New York’s 18th district is an explicit advocate for White interests, and he lost by a landslide.

Kevin MacDonald’s work on implicit Whiteness is a conceptual breakthrough for White Nationalism, a source of hope for the long run viability of our cause. But let’s not get carried away by elections. But there is still a vast gulf between implicit and explicit Whiteness, a gulf that politics alone cannot bridge.

Greg Johnson is the Editor-in-Chief of Counter-Currents Publishing, Ltd. He can be reached at editor@counter-currents.com.