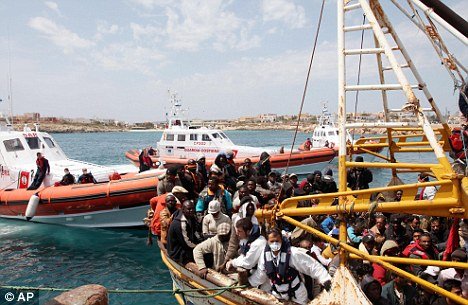 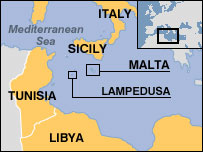 In 1973, shortly before his death, the French President Georges Pompidou admitted to have opened the floodgates of immigration, at a request of a number of big businessmen, such as Francis Bouygues, who was eager to take advantage of docile and cheap labor devoid of class consciousness and of any tradition of social struggle. This move was meant to exert downward pressure on the wages of French workers, reduce their protesting zeal, and in addition, break up the unity of the labor movement. Big bosses, he said, “always want more.”

Forty years later nothing has changed. At a time when no political party would dare to ask for further acceleration of the pace of immigration, only big employers seem to be in favor of it — simply because it is in their interest. The only difference is that the affected economic sectors are now more numerous, going beyond the industrial sector and the hotel and catering service sector — now to include once “protected” professions, such as engineers and computer scientists.

France, as we know, starting with the 19th century, massively reached out to foreign immigrants. The immigrating population was already 800,000 in 1876, only to reach 1.2 million in 1911. French industry was the prime center of attraction for Italian and Belgian immigrants, followed by Polish, Spanish and Portuguese immigrants. “Such immigration, unskilled and non-unionized, allowed employers to evade increasing requirements pertaining to the labor law” (François-Laurent Balssa, « Un choix salarial pour les grandes entreprises » Le Spectacle du monde, Octobre, 2010).

In 1924, at the initiative of the Committee for Coalmining and big farmers from the Northeast of France, a “general agency for immigration” (Société générale d’immigration) was founded. It opened up employment bureaus in Europe, which operated as suction pumps. In 1931 there were 2.7 million foreigners in France, that is, 6.6 % of the total population. At that time France displayed the highest level of immigration in the world (515 persons on 100,000 inhabitants). “This was a handy way for a large number of big employers to exert downward pressure on wages. … From then on capitalism entered the competition of the workforce by reaching out to the reserve armies of wage earners.”

In the aftermath of World War II, immigrants began to arrive more and more frequently from Maghreb countries; first from Algeria, then from Morocco. Trucks chartered by large companies (especially in the automobile and construction industry) came by the hundreds to recruit immigrants on the spot. From 1962 to 1974, nearly two million additional immigrants arrived to France of whom 550,000 were recruited by the National Immigration Service (ONI), a state-run agency, yet controlled under the table by big business. Since then, the wave has continued to grow. François-Laurent Balssa notes that

when a workforce shortage in one sector occurs, out of the two possible choices one must either raise the salary, or one must reach out to foreign labor. Usually it was the latter option that was favored by the National Council of French Employers (CNPF) and as of 1998 by its successor, the Movement of Enterprises (MEDEF). That choice, which bears witness of the desire for short-term benefits, delayed advancement of production tools and industrial innovation. During the same period, however, as the example of Japan demonstrates, the rejection of foreign immigration and favoring of the domestic workforce enabled Japan to achieve its technological revolution, well ahead of most of its Western competitors.

Big Business and the Left; A Holy Alliance

At the beginning, immigration was a phenomenon linked to big business. It still continues to be that way. Those who clamor for always more immigration are big companies. This immigration is in accordance with the very spirit of capitalism, which aims at the erasure of borders (« laissez faire, laissez passer »). “While obeying the logic of social dumping, Balssa continues, a “low cost” labor market has thus been created with the “undocumented” and the “low-skilled,” functioning as stopgap “jack of all trades.” Thus, big business has reached its hand to the far-left, the former aiming at dismantling of the welfare state, considered to be too costly, the latter killing off the nation-state considered to be too archaic.” This is the reason why the French Communist Part (PCF) and the French Trade Union (CGT) (which have radically changed since then) had, until 1981, battled against the liberal principle of open borders, in the name of the defense of the working class interests.

For once a well-inspired Catholic liberal-conservative Philippe Nemo, only confirms these observations:

In Europe there are people in charge of the economy who dream about bringing to Europe cheap labor. Firstly, to do jobs for which the local workforce is in short supply; secondly, to exert considerable  downward pressure on the wages of other workers in Europe. These lobbies, which possess all necessary means to be listened to either by their governments or by the Commission in Brussels, are, generally speaking, both in favor of immigration and Europe’s enlargement — which would considerably facilitate labor migrations. They are right from their point of view — a view of a purely economic logic […] The problem, however, is that one cannot reason about this matter in economic terms only, given that the inflow of the extra-Europe population has also severe sociological consequences. If these capitalists pay little attention to this problem, it is perhaps because they enjoy, by and large, economic benefits from immigration without however themselves suffering from its social setbacks. With the money earned by their companies, whose profitability is ensured in this manner, they can reside in handsome neighborhoods, leaving their less fortunate compatriots to cope on their own with alien population in poor suburban areas. (Philippe Nemo, Le Temps d’y penser, 2010)

According to official figures, immigrants living in regular households account for 5 million people, which was 8% of the French population in 2008. Children of immigrants, who are direct descendants of one or two immigrants, represent 6.5 million people, which is 11% of the population. The number of illegals is estimated to be between 300,000 to 550,000. (Expulsion of illegal immigrants cost 232 million Euros annually, i.e., 12,000 euro per case). For his part, Jean-Paul Gourevitch, estimates the population of foreign origin living in France in 2009 at 7.7 people million (out of which 3.4 million are from the Maghreb and 2.4 million from sub-Saharan Africa), that is, 12.2% of the metropolitan population. In 2006, the immigrating population accounted for 17% of births in France.

France is today experiencing migrant settlements, which is a direct consequence of   the family reunification policy. However, more than ever before immigrants represent the reserve army of capital.

In this sense it is amazing to observe how the networks on behalf of the “undocumented,” run by the far-left (which seems to have discovered in immigrants its “substitute proletariat”) serve the interests of big business. Criminal networks, smugglers of people and goods, big business, “human rights” activists, and under- the-table employers — all of them, by virtue of the global free market, have become cheerleaders for the abolition of frontiers.

For example, it is a revealing fact that Michael Hardt and Antonio Negri in their books Empire and Multitude endorse “world citizenship ” when they call for the removal of borders, which must have as a first goal in developed countries the accelerated settlement of the masses of low-wage Third World workers. The fact that most migrants today owe their displacement to outsourcing, brought about by the endless logic of the global market, and that their displacement is precisely something capitalism strives for in order to fit everybody into the market, and finally, that each territorial attachment could be a part of human motivations — does not bother these two authors at all. On the contrary, they note with satisfaction that “capital itself requires increased mobility of labor as well as continuous migration across national borders.” The world market should constitute, from their point of view, a natural framework for “world citizenship.” The market “requires a smooth space of uncoded and deterritorialized flux,” destined to serve the interests of the “masses”, because “mobility carries a price tag of capital, which means the enhanced desire for liberty.”

The trouble with such an apology of human displacement, seen as a first condition of “liberating nomadism,” is that it relies on a completely unreal outlook of the specific situation of migrants and displaced people. As Jacques Guigou and Jacques  Wajnsztejn write, “Hardt and Negri delude themselves with the capacity of the immigration flows, thought to be a source for new opportunities for capital valuation, as well as the basis for opportunity enhancement for the masses. Yet, migrations signify nothing else but a process of universal competition, whereas migrating has no more emancipating value than staying at home. A “nomadic” person is no more inclined to criticism or to revolt than a sedentary person.”  (L’évanescence de la valeur. Une présentation critique du groupe Krisis, 2004).

“As long as people keep abandoning their families, adds Robert Kurz, and look for work elsewhere, even at the risk of their own lives — only to be ultimately shredded by the treadmill of capitalism — they will be less the heralds of emancipation and more the self-congratulatory agents of the postmodern West.  In fact, they only represent its miserable version.”  (Robert Kurz, « L’Empire et ses théoriciens », 2003).