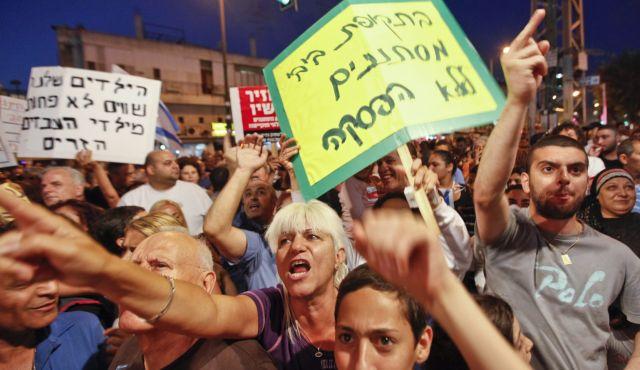 Peter Beinart has become a thorn in the side of the organized Jewish community, this time pointing out  that the same Jewish organizations  (the ADL, the American Jewish Committee, AIPAC, and the Conference of Presidents of Major Jewish Organizations) that are quick to condemn anti-immigrant sentiment in Europe and the US have not mentioned the recent riots in Tel Aviv in which Jews attacked African immigrants. This video captures some of the  intense passions aroused in this situation.

This is yet another example of moral particularism by the Jewish community. While forever taking advantage of the Western tendencies to moral universalism, Jewish organizations simply pursue what’s best for Jews. There’s a strong conceptual link between this behavior and the behavior noted in Andrew Joyce’s excellent series on the 19th-century Russian “pogroms” where Jewish organizations actively engaged in deception on the form and scale of anti-Jewish behavior.

Beinart notes that there are close connections between the riots and mainstream Israeli politicians:

The rally was organized by a disciple of Meir Kahane who sits in the Knesset, Michael Ben Ari. One of the speakers, Miri Regev, a Knesset member from Benjamin Netanyahu’s Likud, called Sudanese immigrants “a cancer in our body.” Deputy Speaker Danny Danon, also from Likud (and a recent contributor to Open Zion), wrote on Facebook that “Israel is at war” and that “infiltrators are a national plague.” A reviled, powerless minority discussed in the language of war and disease? Where have my Jewish ears heard that before?

In a recent blog, I noted two recent examples of Jewish power in the media, including suppressing media coverage of the likely Israeli foreknowledge of 9/11 and letting pass without comment an op-ed in a mainstream American newspaper advocating deportation or second class status for Palestinians.

I have not been able to find any coverage of Israeli anti-immigrant riots by American the major American newspapers (NYTimes, WaPo; LATimes), presumably because the incident casts Israel in a bad light and because it is quite inconsistent with the Holocaust narrative of Jews as eternally oppressed victims. (In the UK, the left-leaning Guardian did report on the story.) The Washington Post (but not the NYTimes or the LATimes)  reported on May 20 that Prime Minister Netanyahu had said that Israel was in danger of being overrun with African immigrants.

It’s the same power that keeps attacks on Whites by non-Whites out of the media and collaborates with anti-White activists to frame the Trayvon Martin case as a simple case of White on Black racially motivated violence.