‘Pantagruel  with his father Gargantua and mother Gargamelle” (watercolor); by Gustave Doré (1832–1883)

Translated from the French by Tom Sunic.

Below is the interview Alain de Benoist gave recently to Boulevard Voltaire.

Q: “Eat your five servings of fruit and vegetables every day!”; “Do some sport!”; “Quit Smoking!”; “Drink one glass, but not two!”; “Buckle up when driving!”;  “Do not eat too much fat!”; “Do the proper garbage recycling!” After Big Brother, have we now arrived at Big Mother?

A: Starting with the nineteenth century the welfare state has been progressively put in place in order to compensate for the disappearance of organic and community solidarities which, with the rise of individualist ideology, have become dissolved.  Today the welfare state it is morphing into a sort of “therapeutic state”— if we were to borrow an expression by Christopher Lasch. This therapeutic state can be defined as an unholy alliance of the medication process and the state, setting up all sorts of unjustified obstructions to our freedom. The authority is becoming more and more maternal, albeit maternal in a way of a possessive mother eager to maintain its subjects in total dependency. The unilateral relationship with the state replaces the ancient social bonds. This hygienic control augurs social control. Medicine itself, when taking part in the control of populations, becomes totalitarian. 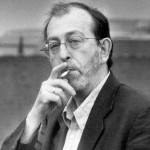 The dominant human type of today is the immature narcissist, ignoring all realties other than his own, and who, above all, wishes to satisfy all his cravings. This infantile type of a human being, predictably of liberal-libertarian orientation, is perfectly in line with a system which, as Marx wrote, drowns everything “in the icy waters of egoistic calculation.” What follows is a therapeutic civilization centered on the “Me” only. Pierre Manent  rightly stresses that liberalism means primarily renouncing to apprehend human life in terms of its own good and its own finality. In a society ruled by the entertainment industry in which nobody asks himself about the meaning and significance of his presence in the world, body-care of the Self becomes the alpha and omega of human life.  Not only does it signify being of good health, but also “feeling good about oneself,” and thus forgetting one’s own finitude. While expecting immortality in this world, the dream of eternal youth grips all those who have never become adults, and who conceive now of their life as a maternal fusion defying any symbolic order, while thriving  in a culture of the present tense that has expelled any meaning of historical continuity. Henceforth society functions according to the principles of mimetic rivalry, as a form of “ego rivalry” (in Freudian terms), i.e., with  the Self  being stripped off of its “id” and its  “superego,”  convinced now it is the center of the universe. This only facilitates the war of all against all.

Q. What does that mean anyway?

A: The trend is growing toward the “psychologization” of all political and social problems. The rising tide of insecurity becomes now a “social problem,” unemployment becomes “individual misfortune,” mass immigration becomes “human drama” (in which only “living together” can bring about remedy). Thus one ignores the highly political nature of the problems and the responsibilities that come along with them. There are no more exploited people, but only the “unhappy,” the “victims,” the “less well off,” etc., who can only express their “complaints against the unknown.”

Instead of highlighting the modalities of alienation inherent in the dominant System, one resorts instead to “psychological support units” aimed at remedying the “feelings of unease.” The rise of the emotional, side by side with the ideology of compassion, goes hand in hand with liberal glorification of the private realm. However, the dissemination of therapeutic ways of thinking is bound to marginalize the family and school, while leaving intact the process of domination. The propaganda of the commodities, while emancipating from the old forms of authority, only enslaves better by means of conditioning through advertising. The societal replaces the social, with cultural liberalism covering up the damages caused by market-driven economic liberalism.

Any material or emotional desire is immediately transformed into a “right.” In the capitalist System, the will to over-accumulate only feeds on this limitless desire. The extension of the logic of the commodity implies thereafter the destruction of everything that can slow down the desire of having more and that may encourage disinterestedness. As Jean Vioulac writes: “The advent of  the consumer society imposes the dissolution of everything that may slow down the purchase of goods, and therefore halt the abolition of all moral regulations against immediate self-gratification. Liberalism, by virtue of its deregulation and de-institutionalization of all human activities is a political project aiming at the complete dismantling of the order of law, and as such it is one of the most powerful motors of nihilism.”

Q. Over the years, there was a trend to scare us to death with the Bolshevik peril, then with the Le Pen menace, then with the threat of the Islamist tidal wave, and now, with terrorism and global warming. And yourself, Alain de Benoist, what are you afraid of?

A.: You may certainly recall Beaumarchais who wrote in his Barber of Seville : “once you give way to the fear of evil, you already experience the evil of fear.” Given that fear is a bad advisor, I think it is especially important to be afraid of the fears of others.  As far as I am concerned I have always had hard time facing the silliness of the right and the sectarianism of the left.  On different days one or the other worries me most. But neither do I like the petty “bullies” that George Bernanos writes about — i.e., those who beat their chest about never dispensing anything to beggars and who indulge in hate-prone politics.  A genuine sensibility is contrary to the hardness of heart and to fake sentimentality.

Alain de Benoist is a philosopher.