If you think that the recent attack by a Black terrorist in London says anything about the harm done by mass immigration, then think again. A great liberal intellectual called Matthew D’Ancona has crushed such racist nonsense with these lines in the world’s greatest newspaper:

As we now know, the attacker, Khalid Masood, was British, born in Kent and brought up as Adrian Russell Elms. His story is one of radicalisation, the question being when and how he embraced extremist Islamist ideology: the path that led him to an act of murderous violence has nothing to do with immigration. (The Brexiteers’ immigration promises are unravelling fast, The Guardian, 27th March 2017) 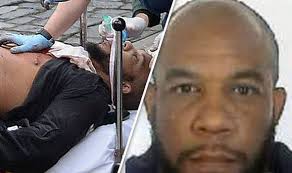 “Nothing to do with immigration”: A Black terrorist

See? The terrorist was born here. He was 100% British. Immigration had nothing to do with his terrorism. Somehow the concept of second-generation immigrants is far too complex for these intellectuals, so that the ill effects of policies in place for 50+ years can only be discussed within the context of recent immigrants not born in the UK.

Voila! Crime, terrorism and academic failure by second-generation immigrants have nothing to do with immigration. Believing their own propaganda, these intellectuals imply that second-generation immigrants have been entirely shaped by mainstream British culture, so that the cultures immigrants bring with them to the UK are completely irrelevant. It’s the same with personal traits like IQ: Mental ability has nothing to do with the ethnic/racial/religious heritage of immigrants after the first generation. Whatever their performance, it is due to having been born in the UK, with low performance likely due to White racism. It’s like saying that Masood would have been born in the UK even if his parents had stayed overseas.

We saw the same logic applied when Omar Mateen, son of Afghan immigrants, committed mass murder in a gay nightclub in Florida. Gary Younge, another great Guardian intellectual, said this: “Whatever else this is, it’s not about immigration. Omar Mateen, the suspected killer, was born in America. Whatever compelled him to commit such a terrible act cannot be laid at the border of a foreign nation. His hatred was home-grown.”

Ignorant haters like Donald Trump might claim that Mateen was only an American citizen because his parents emigrated from Afghanistan. Gary Younge knows better: Omar Mateen would have been born in the US even if his parents had stayed in Afghanistan. His embryo would have materialized from the American air and grown to term thousands of miles from his mother’s womb, nourished by a mysterious process possibly involving quantum nonlocality or Dawkins’s demon. (Sunshine Hate, TOO, 16th June 2016) 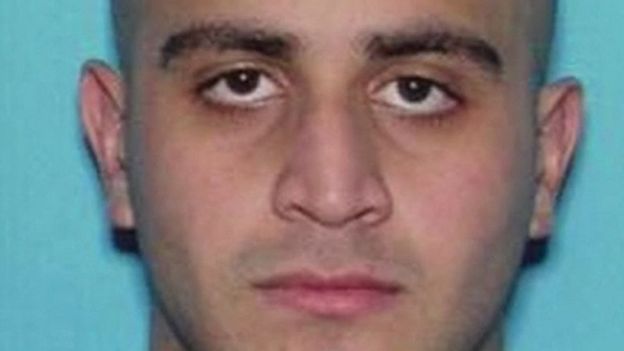 “Nothing to do with immigration”: An Afghan terrorist

Now we discover that the same mysterious process could have worked in the UK. Khalid Masood would have been born in Britain even if his Black father had never been allowed to immigrate here, impregnate his White mother out of wedlock, and then, it appears, abandon her in typical Black fashion. And not only that: after Masood’s miraculous birth, Islam would have become powerful here and attracted violent criminals even if Muslims had not entered the country in such large numbers. Masood was destined from all eternity to be born in Britain, become a Muslim and commit those murders. No ban on immigration could have stopped him. Nor could any ban have stopped these other vibrant terrorists: “Even if you look at the last time London suffered a major attack, three of the four 7/7 bombers were born in Britain.”

“Nothing to do with immigration”: some Pakistani terrorists

The British-born London bombers had nothing to do with immigration, just like the British-born Khalid Masood and the American-born Omar Mateen. Or so liberals like Younge and D’Ancona want us to believe. When it comes to a choice between reality and self-serving delusion, liberals don’t hesitate for a second. It’s delusion every time. After all, it’s the little people who usually pay the price for the West’s insane and evil immigration policies. Here is an example, long-forgotten by liberals, from 2005:

A 16-year-old girl was kidnapped, raped and forced to take heroin and crack cocaine before being murdered by a gang of six men. Reading crown court heard how Mary-Ann Leneghan was stabbed to death in a park in May 2005 after she and her 18-year-old friend, who cannot be named for legal reasons, were abducted. The friend survived, despite being shot in the head. On the opening day of the trial, Richard Latham QC, prosecuting, said that six men shared joint responsibility in the girls’ ordeal. Mary-Ann and her friend had been sitting in a car when they were abducted. They were bundled into a car boot and driven to a guesthouse, where the men booked a room.

According to accounts given by the friend, the men [laid] towels on the floor as soon as they entered to avoid leaving traces of blood. The women were subjected to “a concentrated sequence of controlled acts of violence and degradation” over a long period. They were made to strip, were hit with a pole, cut with knives, and raped. A gun was put into the 18-year-old’s mouth while the men laughed. They crowded round her while she was on all fours and told her they were going to cut off part of her genitals and feed it to her.  (Gang forced kidnap girl, 16, to take crack before killing her, The Guardian, 14th January 2006) 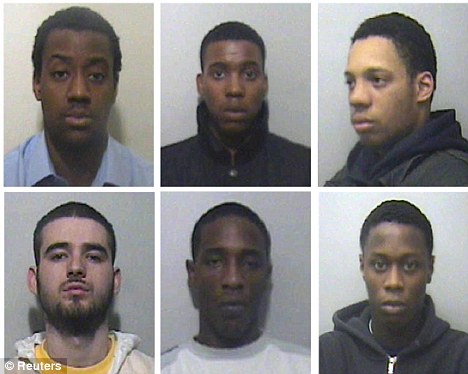 “Nothing to do with immigration”: A Black murder-gang

The gang consisted of five Blacks and an Albanian Muslim “asylum-seeker.” Like Khalid Masood, the leader of the gang, Adrian Thomas, was the abandoned son of a Black father. I can remember hearing the father interviewed on BBC Radio about the case and about how much responsibility he bore for his son’s criminality. He pretended to be contrite about being a “fringe father.” But his mask of contrition slipped when the female reporter asked him about his illegitimate children and why he hadn’t used contraception. “Listen, darling,” he said with sudden menace. “Contraception doesn’t always work.”

Black logic, you see. Because contraception doesn’t always work, it doesn’t matter if you don’t use it. And if you have illegitimate children, you won’t have to involve yourself in their upbringing or pay to bring them up. The White taxpayer will take care of everything. This largesse doesn’t just encourage feckless and irresponsible Blacks and Gypsies to have more children: it encourages feckless and irresponsible Whites too, and it subsidizes births in the rapidly expanding Muslim population.

All these groups have strong tendencies towards high criminality, low trust, and low educational achievement, but liberals like Younge and D’Ancona are confident that the laws of evolution don’t apply to human beings. It’s another miracle: feckless low-IQ criminals can outbreed responsible and law-abiding British Whites, but this will have no effect on society. British newspapers are reporting that Khalid Masood was academically gifted in his schooldays as Adrian Elms, but he excelled at crime and violence as an adult, not at intellectual achievement. He was bad for Britain long before his murderous attack in London.

But let’s look on the bright side. Securicrats are using his attack to argue for even more surveillance of the entire British population:

The challenge is to strike a balance between protecting us from evil, and enfolding us in a security blanket so heavy that it would stifle the very liberties we are striving to preserve.

So far in this century, I would suggest that governments have got this pretty right. They have provided lavish new funding for MI5, MI6 and, above all, GCHQ [the British equivalent of the NSA].

They have backed electronic surveillance, which some foolish libertarians denounce as the machinations of a police state, but which represents our first line of defence in detecting terrorists. I have visited GCHQ’s headquarters in Cheltenham and roamed its gigantic underground level, where hundreds of computers churn 24/7, monitoring data and keywords from countless millions of phone conversations and internet communications.

Libertarians such as The Guardian newspaper find such scrutiny intolerable, but I — and probably you, too — are more than happy to have my own phone conversations tapped as the price of empowering our spooks to pinpoint such a man as who carried out yesterday’s savage killings. (The UK government is right to back electronic surveillance as it is our first line of defence, writes Max Hastings, The Daily Mail, 23rd March 2017)

Max Hastings, who may be part-Jewish, is talking nonsense when he calls the Guardian “libertarians.” The Guardian ruthlessly censors comments at its website and fully supports harsh laws against thought-crime on race and immigration. The newspaper is right to question the surveillance state, but it doesn’t admit the full truth. The same liars and traitors who opened Britain’s borders to the Third World are also behind the surveillance state. Like cholera, mass immigration is a gift that goes on giving, generation after generation.