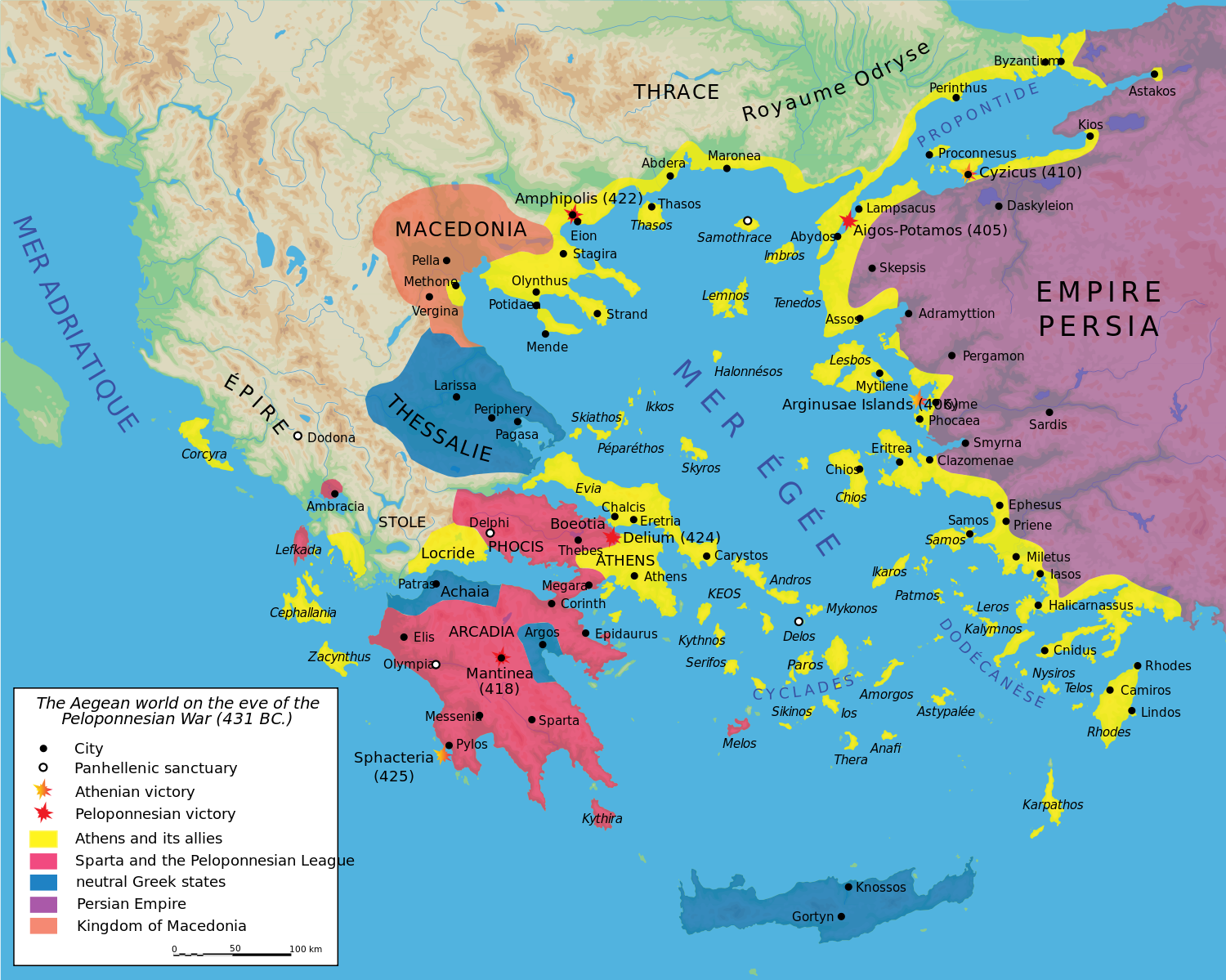 There is a sense in which all life for Spartan citizens was communal and hierarchical. Even once one had completed the agoge, Spartiates would eat together in common mess halls, again creating common feeling. The ages were mixed, so that the older could teach the young, and citizens were expected to discuss noble deeds. In the gymnasium, the oldest man would supervise, and citizens were expected to train regularly. Xenophon claims that “it would certainly not be easy for anyone to find men healthier or more physically apt than Spartiates.”[1]

Lycurgus reputedly had accompanied his basic law with a land reform giving each of those in the small citizen class an equal property, although economic inequality gradually accumulated over time. A positive consequence of the Spartans’ systematically communal lifestyle was an extremely high degree of trust among citizens. They shared each other’s hunting dogs and horses, the latter being extremely valuable property in those days. Citizens even trusted others to beat their own children if they had done wrong, for “there was a sense in which everyone regarded himself as father, tutor, and commander of each boy.”[2]

The entire society was oriented towards inculcating martial valor and unity. Cowards were severely stigmatized—so much so that they could be beaten freely—and “the citizens considered an honorable death preferable to a life of disgrace.”[3] Citizens were banned from working and instead “all their time was taken up by choral dances, festivals, feasts, hunting expeditions, physical exercise, and conversation.”[4] At the same time, the society’s general frugality meant “there was . . . no need to amass wealth (with all the work and concentration that this entails), since riches were emphatically neither envied nor esteemed.”[5] Music played a large role in Spartan society and their songs dealt with military heroism, sacrifice for Sparta, and the shaming of cowards. The result was an intensely communal ethos:

Altogether [Lycurgus] accustomed citizens to have no desire for a private life, nor knowledge of one, but rather to be like bees, always attached to the community, swarming together around their leader, and almost ecstatic with fervent ambition to devote themselves entirely to their country.[6]

The supreme values of this society are suggested even by their burial practices: “Those who buried a dead person were not permitted to inscribe the name on a grave except in the cases of a man who had died on campaign or a woman who had died in labor.”[7] The dead were buried within the city, so as to habituate the young to their sight.

Sparta was an exceptionally xenophobic society, sharply controlling population movements of both citizens and foreigners so to maintain their unique customs. Xenophon says that “expulsions of foreigners used to occur and absence abroad was not permitted, so that citizens should not be infected by lax habits caught from foreigners.”[8] Iron bars, worthless outside of Sparta, were the only legal currency in the State. Plutarch claims this also led to great benefits: “it was impossible to buy any shoddy foreign goods, and no cargo of merchandise would enter the harbors, no teacher of rhetoric trod Laconian soil, no begging seer, no pimp, no maker of gold or silver ornaments.”[9]

Plutarch says Sparta’s values of patriotism and sacrifice were apparently so ingrained that Spartan women were among their fiercest enforcers. A mother reputedly handed her son a shield as he was leaving for battle saying: “Son, either with this or on this.”[10] There are many stories of Spartan mothers rejoicing that their son died in battle or conversely, if he had returned by fleeing as a coward, killing him herself. Plutarch says:ntly so ingrained in the society that Spartan women were among their fiercest enforcers. As he left to fight and die at Thermopylae, Leonidas is supposed to have told his wife “to marry good men and bear good children.”[12] When Xerxes proposed making Leonidas tyrant of Greece, he is supposed to have responded: “For me, it is better to die for Greece than to be monarch of the people of my race.”[13]

The Spartans were famous for their brief ‘Laconic’ sayings and sharp wit. Plato claimed that the “distinctive kind of Spartan wisdom” was found in “their pithy, memorable sayings” (Protagoras, 343c), which can be recalled easily and thus be borne in mind in our daily lives. Laconic brevity also reflected the Spartan concern with doing well rather than merely speaking or speculating like the verbose Athenians. Lycurgus is supposed to have forbidden his laws from being written because “the guiding principles of most importance for the happiness and excellence of a state would remain securely fixed if they were embedded in citizens’ character and training.”[14] When asked why the Spartans kept their laws on bravery unwritten, a Spartan king is said to have replied: “it’s better for [the youth] to get used to acts of bravery rather than to study written documents.”[15]

A number of Spartan sayings have come down to us, although their precise attributions to various historical figures are probably unreliable. The Spartans, like the Cynic philosopher Diogenes, came to be idealized across the ancient world as an example of perfect virtue and would then tend to be credited with proverbs reflecting this. Nonetheless, the Sayings of the Spartans collected by Plutarch do give us a feeling for the Spartan spirit, as in the following sample:

When asked how anyone could rule the citizens safely without having a bodyguard, [King Agasicles] said: “By ruling them in the way that fathers do their sons.” (Agasicles, 2)

[King Agesilaus] watched a mouse being pulled from its hole by a small boy. When the mouse turned round, bit the hand of its captor and escaped, he pointed this out to those present and said: “When the tiniest creature defends itself like this against aggressors, what ought men to do, do you reckon?” (Agesilaus, 9).

When somebody asked what gain the laws of Lycurgus had brought to Sparta, he  said: “Contempt for pleasures.” (Agesilaus, 20)

To the man who was amazed at how modest his clothes and his meals were, and those of the other Spartans as well, he  said: “Freedom is what we reap from this way of life, my friend. (Agesilaus, 20).

When somebody else asked why Sparta lacked fortification walls, he pointed to the citizens under arms and said: “These are the Spartans’ walls.” (Agesilaus, 29)

As [King Agis] was passing through the Corinthians’ walls and observed their height and strength and great extent, he said: “What women live in this place?” (Agis son of Archidamus, 6)

When asked how one should remain a free man, he said: “By despising death.” (Agis son of Archidamus, 18)

When somebody said that [the philosopher Xenocrates] was a wise man and one of those who search for virtue, [King] Eudamidas said: “And when will he make use of it if he is still searching for it?” (Eudamidas son of Archidamus, 1)

When a Persian inquired what type of constitution met with his greatest approval, he said: “Whichever gives brave men and cowards their due.” (Lysander, 11)

When someone was asking why they made the poet Tyrtaeus [an Athenian, whose poems provide some of the only surviving Spartan literature] a citizen, [Panthoidas] said: “So that a foreigner should never be seen as our leader.” (Panthoidas, 3)

When amongst the spoils some people were amazed at the extravagance of the Persians’ clothing, he said: “Better for them to be men of great worth rather than to have possessions of great worth.” (Panthoidas, 5)

When [Governor Pedaritus] observed some effeminate person being nonetheless praised by the citizens for his fairness, he said: “Men who are like women should not be praised nor should women who are like men, unless some necessity forces the woman.” (Pedaritus, 2)

When someone asked [King Charillus] which type of government he considered the best, he said: “The one in which the largest number of citizens are willing to compete with each other in excellence and without civil concord.” (Charillus, 4)

[13]      Ibid., 10. Interestingly, many of Plutarch’s Sayings of the Spartans – which may have in fact been attributed in later years – contain expressions of pan-Hellenic patriotism, sentiments generally at odds with the more narrowly self-interested realities of Spartan foreign policy.