Here’s some good news about Afghanistan. If you drew up a “Toxic Top Ten” of the worst possible places to receive migrants from, Afghanistan wouldn’t be #1. I think that honour would go to Somalia. Now some bad news about Afghanistan. It could be well #2 or #3 in the Toxic Ten. It’s #2 for rape convictions in Denmark, but Denmark doesn’t have the honour of having been enriched by importing large numbers of Pakistanis. The Western politicians, journalists and charities now enabling the “evacuation” of Afghans into the West should be prosecuted for crimes against humanity. 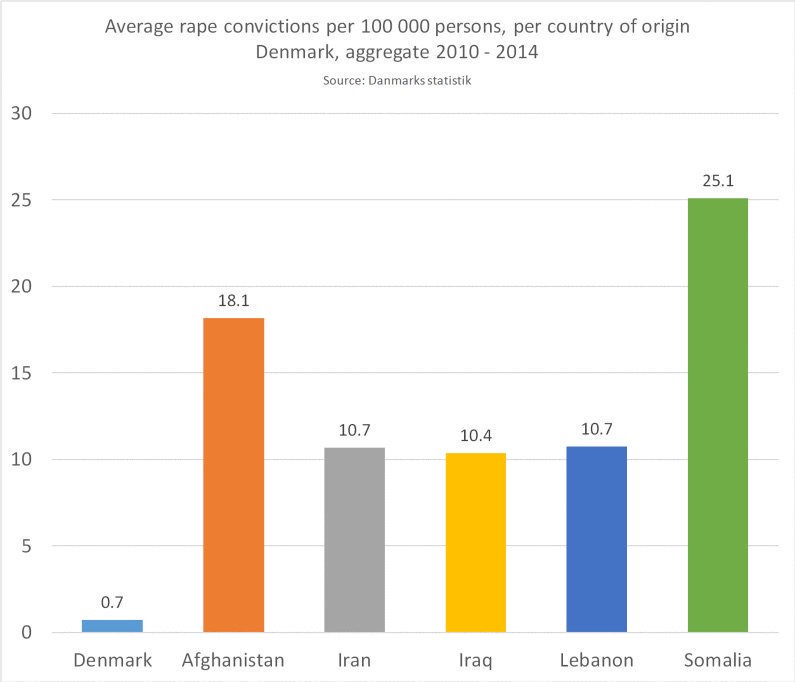 They Posture, You Pay

To be more specific: they should be prosecuted for enabling the murder, rape and other crimes that will, with 100% certainty, be committed in future years by violent, corrupt and welfare-dependant Afghans against the White citizens of Western nations. But the enablers of Afghan migration aren’t being prosecuted, of course. In Britain, all mainstream parties are united in their insistence that we have to pay the debt we owe to the translators and other Afghans who helped the British army in its doomed mission to turn an in-bred population of ever-warring clans, tribes and races into Switzerland.

But when those Afghan enablers say “we,” they mean “you.” It’s us, the little people, who will pay when a flood of vulnerable Afghans bring their rich and fascinating culture to cities and towns across the West. For a preview of coming attractions, here’s a story from 2012 about how an Afghan male in Britain used traditional Afghan methods to put an uppity White girl in her place:

A “sadistic” asylum seeker who forced his former girlfriend to witness him stabbing her sister and her friend to death after she refused to take him back has been jailed for life. Afghan national Ahmad Otak laughed and spat on 17-year-old Kimberley Frank’s body after stabbing her 15 times at her home in Yorkshire while her sister Elisa watched helplessly. He then tied his ex-partner up with electrical flex and lured her friend Samantha Sykes, 18, to Kimberley’s flat in Wakefield, where he stabbed the teenager repeatedly before slitting her throat. (Sadistic Afghan asylum seeker made ex-girlfriend watch him stab her sister and friend to death because she wouldn’t take him back, The Daily Mail, 9 November 2012) 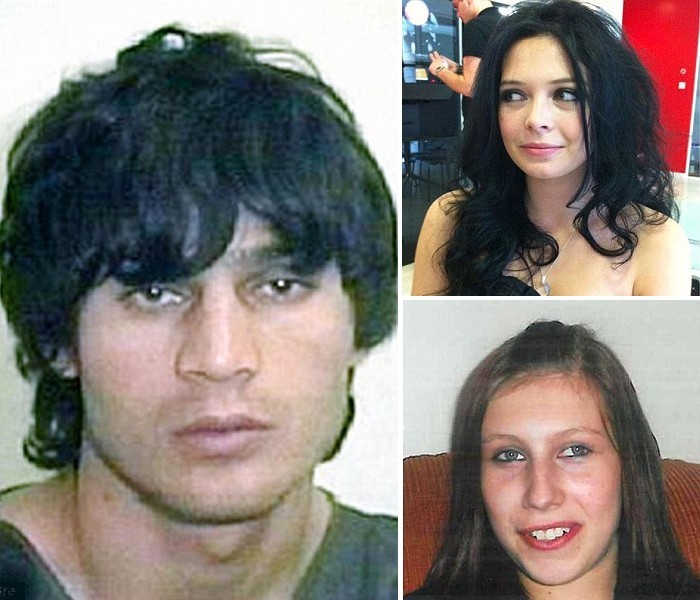 Before that double murder, Elisa Frank and other White girls had complained to the police and other authorities about Otak’s male-supremacist behaviour. But they complained in vain. Like the Muslim rape-gangs that have operated for decades in Yorkshire, Otak had non-White and non-Christian privilege. But I disagree with the description of him as “sadistic.” It’s redundant, because it’s already covered by the description “Afghan.” Rudyard Kipling pointed that out long ago in some sardonic advice for the working-class Whites who fought in Britain’s imperial wars:

When you’re wounded and left on Afghanistan’s plains,
And the women come out to cut up what remains,
Jest roll to your rifle and blow out your brains
An’ go to your Gawd like a soldier. (“The Young British Soldier”)

Kipling knew the irreformable savagery and sadism of Afghans when he wrote that poem in the 1890s, after Afghanistan had chewed up two British armies and given clear proof that it’s a very good place for outsiders to avoid. The proof got clearer still when Afghanistan chewed up the Russian army in the 1980s. But the neo-cons thought they knew better and sent the American army to be chewed up in its turn. Yes, two words explain the latest disaster in Afghanistan: tikkun olam. That’s Hebrew for “repair the world.” When translated from principle to practice, it entails huge loss of life and huge waste of money, and produces nations that are wrecked rather than repaired.

But it’s goyish life that’s lost, goyish money that’s wasted, and goyish nations that are wrecked, so the crypto-Trotskyist neo-cons will always be eager to try again. As Kevin MacDonald and Vox Day have pointed out, the Afghan disaster was a thoroughly Jewish enterprise. It was overseen and lied about by powerful Jewish politicians and journalists whose arrogance is matched only by their ineptitude: Bill Kristol, Paul Wolfowitz, Richard Perle, David Frum, Max Boot, Michael Ledeen, Jennifer Rubin, Ben Shapiro, et al. By no coincidence, Rubin and many of the same Jews are currently “rejoicing at the impending minority status of Whites” in America.

The Trots and the Trillions

Having listed those Jewish warmongers, I’ll now try to boggle your mind about the money they’ve wasted on Afghanistan when it could have done good for White goyim in America. In the image below, you can see 1,000 circles. One of them is blue and 999 of them are red:

Is your mind boggled? Mine certainly is when I look at that image and run through that reasoning. As one to a thousand, a thousand to million and a million to billion, so billion to trillion. And $2.31 trillion is one estimate of how much the neo-cons have wasted turning Afghanistan from a Third-World hell-hole controlled by a poorly-equipped and media-clueless Taliban into a Third-World hell-hole controlled by a well-equipped and media-savvy Taliban. The neo-cons have a Midas touch in reverse. In myth, everything King Midas touched turned into gold. In all-too-obvious reality, everything the neo-cons touch turns into dross. And even after the disaster is obvious to everyone, they continue to defend it—and hold out the possibility of more such interventions in the future.

Crimes of the Jewish elite

And worse than dross. But the neo-cons are only one wing of the Jewish elite presently driving the West towards destruction. The two  trillion dollars and more wasted in Afghanistan was urgently needed back home in America. For example, what about the opioid epidemic ravaging working-class Whites? They’re dying “deaths of despair” thanks to the loss of their traditional jobs and their relentless demonization by the anti-White media. The Jewish Sackler family of pharmaceutical billionaires manufactured that epidemic for working-class Whites. At the same time, their neo-con co-ethnics were sending other working-class Whites to death and mutilation in Afghanistan.

But from the Jewish point of view, wasting White money on foreign wars makes excellent sense. In his novel Nineteen Eighty-Four (1949), George Orwell put it like this as he explained how “War Is Peace” for the ruthless power-addicts of IngSoc:

The essential act of war is destruction, not necessarily of human lives, but of the products of human labour. War is a way of shattering to pieces, or pouring into the stratosphere, or sinking in the depths of the sea, materials which might otherwise be used to make the masses too comfortable, and hence, in the long run, too intelligent. Even when weapons of war are not actually destroyed, their manufacture is still a convenient way of expending labour power without producing anything that can be consumed. (Nineteen Eighty-Four, Part 2, ch. 9)

The money spent by the neo-cons on foreign wars should have helped American Whites have bigger families and lead better lives. But the Jewish elite have also wasted trillions on Blacks and other non-Whites in America since the 1960s. The hopeless quest was originally for “racial equality.” Now more trillions are being wasted on a new quest for “racial equity.” The lying justification has changed, but the waste of money hasn’t. Nor has the clear and malicious intent: To stop White money benefiting Whites.

Instead, White money is being used to harm Whites. Although huge sums were spent in Afghanistan over the past two decades with disastrous results, the much smaller sums being spent on “evacuating” Afghans to the West will definitely produce results. There will be more Whites murdered, raped, maimed and robbed by Afghans. And Afghans will join the ever-growing anti-White army that battles “white racism,” “white supremacy” and “white privilege.” What’s not to like for those who hate Whites and Western civilization?