Timothy D. Wilson, a psychologist at the University of Virginia, is concerned about the fact that the social sciences are not getting any respect from Congress (“Stop bullying the ‘soft’ sciences“; LATimes, July 12).

Skepticism about the rigors of social science has reached absurd heights. The U.S. House of Representatives recently voted to eliminate funding for political science research through the National Science Foundation.

But it gets worse. Wilson cites opinion writers from the Washington Post and the New York Times who go so far as to say that the social sciences aren’t really sciences at all because they don’t have rigorous methodologies.

When it’s a bunch of cranky Republicans who don’t like the social sciences, that’s one thing. But when the liberal media establishment starts complaining, that’s a whole other ballgame. Deeply disturbing to all those social scientists who thought they were doing their best to promote the liberal agenda.

So how best to sell the social sciences to the liberal elites? Show that they support their most cherished beliefs. Some of Wilson’s examples of rigorous social science do just that, and he does not include any examples that would in any way challenge the dominant liberal zeitgeist. END_OF_DOCUMENT_TOKEN_TO_BE_REPLACED 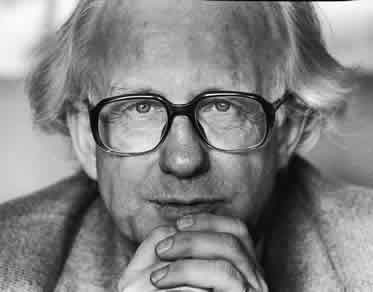 Johan Galtung is a prominent Norwegian academic, the founder of the field of peace studies and author of more than 100 books and more than 1000 scholarly papers. He has also been officially labeled an anti-Semite as a result of recent statements, at least some of which are sensible.

Galtung believes that historical anti-Semitism is based at least partly on Jewish behavior: On the rise of anti-Jewish attitudes in Germany during the 1920s,  he says that it was “not unproblematic that Jews had key niches in a society humiliated by defeat at Versailles.”

He distinguishes between predicting anti-Jewish behavior and justifying it: “In no way, absolutely no way, does this justify the atrocities. But it created anti-Semitism that could have been predicted.” In the same way, he argues that medieval pogroms were motivated by the role of Jews in usury: “The Jews played a role in demanding payment from indebted peasants.”

This of course violates the dogma that all anti-Jewish attitudes and behavior are completely irrational—the result of things like Christian religious ideology or individual psychopathology—rather than reality-based conflicts of interest. In the modern world, Galtung claims that “the Jews control U.S. media, and divert for the sake of Israel.”

“Six Jewish companies control 96% of the media,” wrote Galtung. He included the names of journalists, publishers, TV networks, and movie studios, that he claims are controlled by Jews. Media mogul Rupert Murdoch was also included on the list. “He’s not Jewish, but many of the people under him are,” wrote Galtung, in reference to Murdoch. “Many of them are fanatically pro-Israel,” he pointed out. Immediately following these claims, Galtung wrote that “seventy percent of the professors at the 20 most important American universities are Jewish.” Galtung bases his doctrine on an article written by William Luther Pierce, founder of the “National Alliance,” a white supremacist organization.

In a later article defending his position, Galtung provides some great quotes, as from Ruth Wisse of Harvard: “to young Jewish journalists, that they should not ‘see themselves as seekers after wisdom and truth, but as part of the Israeli Defense Forces’ (13/02/12).”

The  issue of the loyalty of American Jews is a canard?? END_OF_DOCUMENT_TOKEN_TO_BE_REPLACED

Mondoweiss has posted a summary of articles by rabidly pro-Israel rabbis who have waxed indignant about the Penn St. situation, basing their arguments on a rather tendentious reading of Jewish religious ethics. The article by Rabbi Moshe Leib Gray, the head of Chabad at Dartmouth (described by Mondoweiss as promoting Israel “to a faretheewell”) makes it clear that not informing when others are suffering is forbidden by Jewish ethics:

When it comes to saving a life, physically or spiritually, we must to do everything in our power to push aside our natural inclinations, to depart from our comfort zone and to speak harsh words; to do what is right, even when it challenges the will of God Almighty. (Emphasis in text)

This is a strong ethic indeed. Mondoweiss makes that point that these same rabbis manage to look the other way in the face of Palestinian suffering and Israeli ethnic cleansing. Good point.

Beyond that, these high-flown statements of Jewish ethics don’t seem to apply to mesirah–the prohibition against informing on other Jews. Some of the  most egregious examples of mesirah come from Orthodox Jewish communities like Rabbi Gray’s Chabad—e.g., this blog by John Graham which describes mesirah advocated by Agudath Israel in the case of reporting child abuse allegations within the Jewish community. END_OF_DOCUMENT_TOKEN_TO_BE_REPLACED

In a reissue of The Mismeasure of Man in 1996 Stephen Jay Gould wrote, “May I end up next to Judas Iscariot, Brutus, and Cassius in the devil’s mouth at the center of hell if I ever fail to present my most honest assessment and best judgment of the evidence for empirical truth” (p. 39). So we definitely know where to find him.

We have known this for some time, but a recent study nicely nails it down (see “Study Debunks Stephen Jay Gould’s Claim of Racism on Morton Skulls,” NYTimes, June 14, 2011).  Samuel George Morton, who died in 1851, had measured skulls from around the world and found race differences in skull size. Gould claimed that he had remeasured Morton’s skulls and found that Morton had “unconsciously” falsified the measurements to fit his “racist” preconceptions that Africans had smaller brains. But now

physical anthropologists at the University of Pennsylvania, which owns Morton’s collection, have remeasured the skulls, and in an article that does little to burnish Dr. Gould’s reputation as a scholar, they conclude that almost every detail of his analysis is wrong. END_OF_DOCUMENT_TOKEN_TO_BE_REPLACED

The video of Jonathan Haidt’s talk on tribal moral communities (see here), has some interesting additions to the NYTimes report. He says that when scholarly articles that contravene the sacred values of the tribe are submitted to academic journals, reviewers and editors suddenly become super rigorous. More controls are needed, and more subjects. It’s not a representative sample, and the statistical techniques are inadequate.

This use of scientific rigor against theories that are disliked for deeper reasons is a theme of Chapter 2 of The Culture of Critique where it was also noted that standards were quite lax when it came to data that fit the leftist zeitgeist. END_OF_DOCUMENT_TOKEN_TO_BE_REPLACED