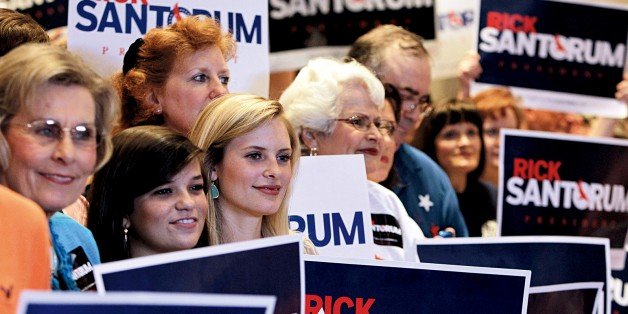 Ron Brownstein has another piece on the racialization of American politics (“White like me: Almost all of the people voting in GOP presidential primaries are white. That’s not good for the party—or the nation.”) Brownstein, being a Jewish liberal, sheds crocodile tears about the plight of the Republican Party resulting from its “epic failure … to attract and engage minority voters. White voters, especially older ones, are routinely casting 90 percent or more of the votes in GOP contests this year, at least as high a proportion as in 2008.”

The 2012 election looks to be the most racialized in history (see also here and here).  Brownstein notes that in 2008, Obama was “the first presidential nominee ever to lose white voters by double digits and still win the White House. In 2012, as minorities loom larger in the vote, Obama could lose whites even more lopsidedly and still win reelection.”

Right. And at some point, Republicans are going to realize that they are between a rock and a hard place. If they try to appeal to minorities, they will lose their base. And the more they appeal to their angry White base, the more they drive minorities away. These Whites are uneasy “not only about activist government but also about the demographic changes swelling the minority population.” Indeed, in the absence of some very strong action, these changes will make Whites a minority in the country they once dominated demographically and culturally.  But as Pat Buchanan and others have found out, any mention of the impending minority status of White Americans has been expunged from polite society—including Republican presidential candidates.

Brownstein emphasizes that if the GOP opposes immigration (“Mitt Romney has hurtled to the right on immigration”), they will alienate Latinos. It will only get worse in the future:

As population trends continue, the electoral math will grow more daunting for Republicans. If the GOP allows Democrats to continue winning four-fifths of all minority voters—as Obama did in 2008—Republicans will need to attract an implausibly high percentage of whites to win presidential elections. The conundrum is that the party’s current reliance on the most conservative whites constrains its ability to embrace policies attractive to minorities, as the harsh primary debate on immigration demonstrates.

Brownstein estimates that Obama can win with 39% of the White vote—and his tally of Whites includes Jews and Middle Easterners who do not identify as Whites and don’t vote like Whites. And if Obama wins with 35% or less of the traditional American majority, it should make even the most brain dead Republican realize that they are now a permanent minority party. It’s only going to be downhill from here as the percentage of White voters continues to decline.

But let’s be clear. It’s not just about immigration. In order to appeal to the vast majority of non-Whites, the Republicans would also have to be the party of entitlements for minorities and high taxes for their White base. Consider the situation in California. In a Wall Street Journal article (“California’s Greek Tragedy“), two Stanford professors, Michael F. Boskin and John F. Cogan,  note that

from the mid-1980s to 2005, California’s population grew by 10 million, while Medicaid recipients soared by seven million; tax filers paying income taxes rose by just 150,000; and the prison population swelled by 115,000. … With 12% of America’s population, California has one third of the nation’s welfare recipients.

These are truly amazing numbers. It reminds me of Menachem Rosensaft quoting Peter Brimelow’s claim that immigration is creating a “Spanish speaking underclass parallel to the African American underclass.” California, which used to be “paradise,” is “rapidly turning into Hispanic slum.”

Rosensaft is implying that Brimelow’s comments are completely unfounded, but the data presented by Boskin and Cogan show that the mainly Latino immigration onslaught unleashed by our hostile elites has resulted in a mass of poor, uneducated Californians who are certainly not going to vote for a party that wants to scale back government benefits. Just what are the Republicans supposed to do to appeal to these people without completely selling out any glimmer of conservative principles? The obvious message for White people is to leave the state as soon as possible.

Indeed, California is rapidly reaching a tipping point in terms of political power. A recent LA Times article notes that Democrats could pick up enough seats in the state senate to achieve “an iron grip — the rare and coveted two-thirds majority — on Sacramento’s upper house.” San Bernardino and Riverside counties are typical of the trends:

The most powerful undercurrents have been a torrent of newcomers and the new political districts, drawn by an independent commission after the 2010 census. Latinos, who as a group tend to vote Democratic, drove the influx of nearly a million new residents between 2000 to 2010 and now account for 2 million of the 4.2 million people living in the two counties .

Without being explicit, every California voter knows that a two-thirds majority in the state senate is the magic number that would unleash a tsunami of new taxes opposed by Republicans. To a vastly disproportionate extent, these taxes will be paid by the remaining Whites who will be paying for services disproportionately consumed by Latinos and other non-Whites. As all the research shows, Whites are not going to be willing to pay for public goods that will be consumed by non-Whites. It’s going to make for a very unhappy White minority. Just another cost of multiculturalism.

The clear message here is that Latinos will vote Democrat and that they don’t pay taxes, while sucking up benefits like Medicaid, education, and flooding the prison system. Republicans can’t possibly appeal to Latino voters without not only caving in on immigration (which would obviously exacerbate all the problems), but also advocating for higher taxes for their base to feed the insatiable immigration beast.

The obvious consequence is that even more Whites will leave the state, increasing the tax burden on those who remain. And the state as a whole will slip inexorably into a Third World disaster case, just as Brimelow said.

Brimelow also wrote that “As immigration policy drives whites into a minority, this type of interest-group ‘white nationalism’ will inexorably increase.”

Let’s hope so. And since the Republican Party is incapable of saving itself by adopting policies that would keep American a majority-White country, the long term solution is a third party representing the interests of White Americans: American Third Position and its presidential candidate Merlin Miller.

Right now, A3P and Merlin Miller are attempting to become the presidential candidate of Americans Elect, the group that has spent $40 million to qualify on the ballot in all 50 states. Right now, Miller is in 8th place,  and there is a real possibility that he could be very near the top if his supporters could be mobilized. The procedure is to go to Miller’s page and become a supporter. A warning: It is not easy to become a supporter. Americans Elect’s procedures are cumbersome, so that becoming a supporter requires patience and persistence, which is why so few people have managed to sign on as supporters. (This is true of all the candidates.) But it is a great opportunity to get some publicity for a very worthwhile cause.