“This particular film was extremely important to me, and it felt almost like a mission. I wanted to bring knowledge about the famine genocide, the Holodomor, to the Western world, and that’s why I did it.”
Ian Ihnatowycz, Bitter Harvest Producer 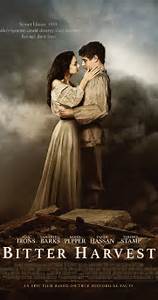 Bitter Harvest (2017) is a film inspired by the love and rediscovery of the writer Richard Bachynsky Hoover’s ethnic heritage. On a trip to the homeland of his Slavic ancestors he began to ruminate on how to capture the story of the Holodomor on film. With small acting parts in a variety of television series Bachynsky Hoover was learning the ropes of the film and entertainment industry. He went again to Kiev, investigating his family history. It was 2004 and the Orange Revolution was in full swing — he saw firsthand a Ukraine in the midst of upheaval. He learned that Western audiences had never seen the Holodomor dramatized on film — a dramatically different situation compared to that other genocide that has become a touchstone of Western Civilization and both a sword and a shield for Jewish and Israeli interests through endless promotion in the media.  In 2008 he would return with a script, seeking financing for an English language period piece set during the Holodomor. He met with officials from the Ukrainian Government as well as various oligarchs. All of them turned him down. It was not until 2011 that the dream to make his movie finally caught a glimmer of hope when fellow Ukrainian Canadian investor Ian Ihnatowycz committed $21 million to the film.

British actors Max Irons and Samantha Barks star as Yuri and Natalka, two childhood sweethearts from the same village. They marry young and soon their lives are thrown into the whirlwind of revolution and resistance that comes with annexation of the Ukraine by the Soviet Union and eventual famine by way of grain confiscation. Barry Pepper and Terence Stamp are crucial to the supporting cast as Yuri’s family. Pepper sports the classic Cossack khokol (also called oseledets in the Ukraine) haircut — a long lock of hair on the top or front of an otherwise completely shaven head. Tamer Hassan, an English actor of Turkish Cypriot descent, takes the role of the real life villain Sergei, a Soviet officer who enforced Stalin’s will with relentless brutality. Hassan is the only non-White cast member, and may in fact be the only non-White member of the film crew. With the exception of a few stunts the entirety of the film was shot in Ukraine with Ukrainian extras and crew — some of whom took part in the Euromaidan protests during their off hours while shooting from late 2013 to early 2014. In several interviews and promotional appearances for the film much of the cast — but most significantly Max Irons — expressed a slight sense of shame over their prior ignorance of the Holodomor and the need to raise awareness of this historical tragedy. END_OF_DOCUMENT_TOKEN_TO_BE_REPLACED 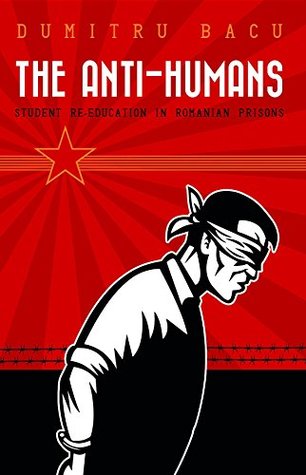 To this end the students were obliged to crush under-foot everything they held most sacred ­– God, family, friends, love, wife, colleagues, memories, ideology ­– everything which bound them to the past, anything that might give them inner support while in prison. (Dumitru Bacu, The Anti-Humans)

The story of Communism in Romania may not be a unique story. The familiar elements all present their ugly heads. As the Bolsheviks came to power the lives of the indigenous population worsened precipitously — the ideology of the enlightened government against the backward people. Foreigners became policy makers. Peasants starved. Prisons swelled. Slave labor killed hundreds of thousands. And lastly, the indigenous intellectual class was suppressed. What is unique about what happened in Romania is how the intellectual class was suppressed. Rather than simple suppression through imprisonment and discouraging political activity, the intellectual class in Romania was subjected to sadistic experimentation in what has been dubbed “re-education experiments.”

The intellectual class targeted for re-education was a specific group of people. Rather than target older academics or those of influence, the Communist regime targeted university students for their experiments. These students were chosen for a variety of reasons. To become a student in a Romanian University was a difficult task. For example, to be a student, an individual was expected to know French and German as well as either Latin and Greek or English and Italian. This demanding language requirement as well as other academic requirements brought a high degree of prestige to the very word student. The prestige of being a student could not be bought either. The wealthy who wanted to send their children to university had to send their children to another country if they did not meet the requirements. The result was that a large portion of the student body came from peasant backgrounds.

The final, and perhaps most important reason for targeting students, was their ardent patriotism. Students in Romania were patriotic for a number of reasons. Just as our American rural class is disproportionally conservative, the Romanian students who mostly came from an agrarian background were also a highly conservative group. Furthermore an influential man on the student body was Corneliu Z. Codreanu. He established the Legion of Michael the Archangel (the Iron Guard or simply the Legionary Movement) in 1927. The organization’s principles were love of country, a code of honor and moral intransigence, the reciprocal loyalty of knighthood, rigorous subordination of body to spirit, and an absolute faith in Christ. These high-minded ideals attracted students and other intellectuals to the movement. Even 30 years after Codreanu’s murder by Bolsheviks in 1938 he had faithful followers, many being students who were still part of the nationalist Legionary Movement.

The most intense and psychologically damaging experiments were done at Pitesti Prison between 1949 and 1951. The primary victims were students, the majority of whom had previously been a part of the Legionary movement. The students were often arrested for being involved in “anti-Communist activities” which could mean essentially anything that the Communists found politically expedient. Often times being part of the Legionary Movement was reason enough to arrest a student but in other instances, telling an anti-Communist joke could be grounds for arrest. Regardless of how or why they were arrested, the true horrors of Communism made themselves apparent inside the walls of Pitesti. END_OF_DOCUMENT_TOKEN_TO_BE_REPLACED