Editor’s note: Comments are open for this article. 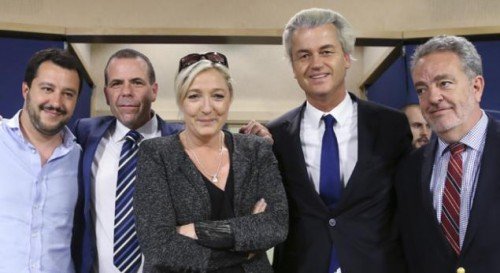 Prior to last week’s European elections, a French Socialist commented that a nationalist victory would spark “planetary astonishment.” And certainly there has been a great deal of chattering by the chattering classes as to the implications of so many anti-establishment parties finishing first in their respective countries across Europe and, in particular, the election of over 100 nationalist and another 100 soft-euroskeptic representatives to the European Parliament.

But how do we interpret these results? In particular, what do they mean for nationalists? So far, besides an excellent discussion of the elections on American Renaissance, the event appears to have been little-analyzed by American nationalists.

Madeleine Albright once said that “To understand Europe you have to be a genius … or French.” In fact, this is far too generous to the French. I can vouch that no one in Europe or anywhere else really understands the European Union. And, because of Europe’s marvelous diversity, it is difficult to generalize about the nationalist vote in the 28 different countries. Each nation follows its own socio-political rhythm and has its own particular values. Every commentator inevitably generalizes about Europe from the skewed national perspective he knows best.

With those two caveats, I will do my best to draw out the implications of this remarkable vote.

(As an aside, for Anglo-Saxons trying to grasp the meaning of day-to-day EU news, one could do worse than to follow soft-euroskeptic think-tank Open Europe, which is very informative as long as one bears in mind their particular British/business/Atlanticist orientation.) END_OF_DOCUMENT_TOKEN_TO_BE_REPLACED