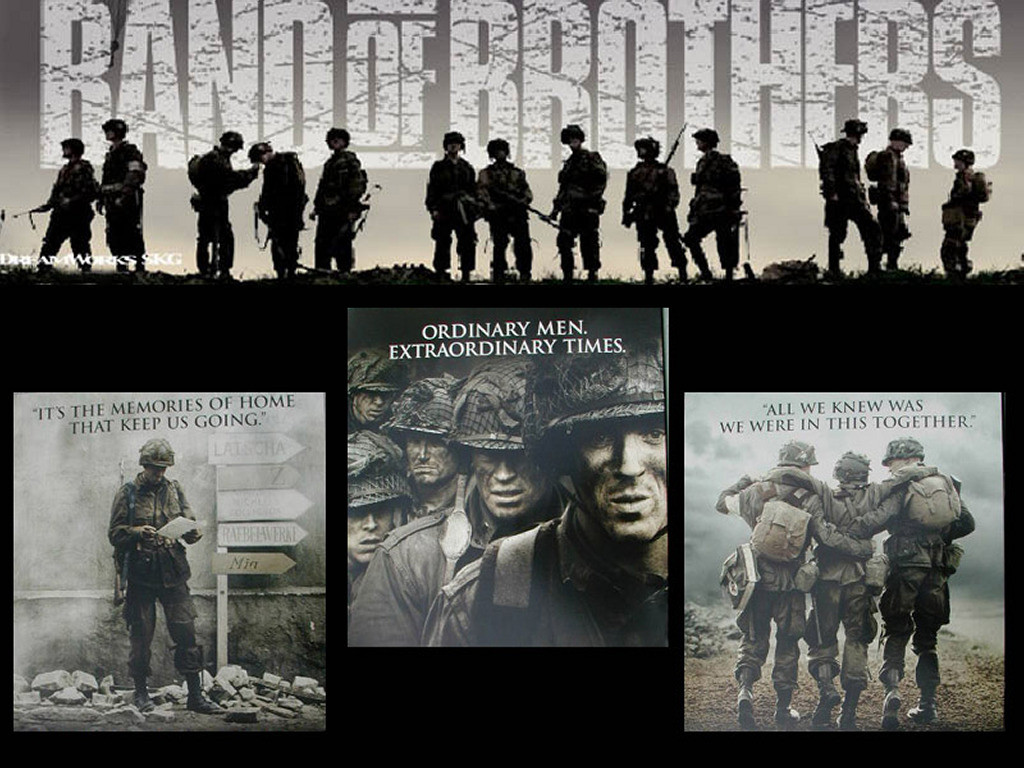 Band of Brothers, the 2001 TV miniseries, was produced  by Steven Spielberg and Tom Hanks.

Episode 9 was directed by David Frankel and written by John Orloff.

In ten episodes, Band of Brothers depicts how E (“Easy”) Company, 506th Regiment, 101st Airborne Division, trained in America and England and then fought from D-Day through to the end of the European phase of WWII. It is a technically strong and gripping production. The battle scenes are among the most realistic I have seen, though one must allow for the demands of the cinematic medium — emphasis of a few individuals and spatial compression of combat groups. I am reminded of the grim and gritty street battle sequences in Spielberg’s Saving Private Ryan. This review looks at the ninth episode, which does not depict military conflict but is itself something of a black operation in the culture wars.

As our own Edmund Connelly has repeatedly demonstrated, Jewish interests have frequently been pushed by American television and Hollywood films in various ways, often as a backdrop to stories unrelated to ethnicity, like the omnipresent upper class Anglo twit and the Black genius technical expert. The 9th episode of Band of Brothers, titled “Why We Fight”, represents an unprecedented level of ambition — to claim America’s WWII sacrifices as motivated by the desire to save Jews from Nazi persecution, to make America’s sacrifice in WWII all about the Jews, not about Americans doing their duty in a tragic internecine conflict. END_OF_DOCUMENT_TOKEN_TO_BE_REPLACED

The Guardian’s definition of “far right”, and mine, differ considerably, which is the reason why I have not rushed to its website to read a two-page article published a few of days ago about “the threat of the far right in Europe” which, I am told, made no mention of the BNP or the state of race relations in Britain. 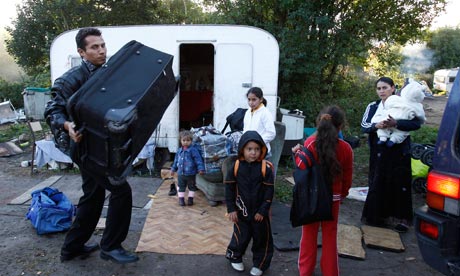 Guardian caption: A Roma family leaves a camp in northern France. Far-right groups across Europe are nurturing an anti-immigrant backlash.

The Financial Times simultaneously published a similar one-page survey, but this included a brief post-script item about the failure of the BNP to mobilise the full potential of anti-immigration sentiment persisting amongst the British electorate. It begins as follows:

In a pub garden in Birkenhead, a blighted post-industrial suburb in England’s north-west, Nick Griffin told the Financial Times that his party had a “once in a lifetime” chance to escape its white supremacist roots and emerge as an alternative for millions scorned by the London elite.

Less than 18 months later – following this year’s disastrous national election campaign, a savage internal power struggle and a court battle with the country’s equality watchdog that threatens to bankrupt the party – his dream is over.

The impression I have gained in recent years is that the only “far right” parties in Europe who have been able (allowed) to flutter near to the flame of power are those that have been able to convince the Establishment, the media and Jewry that they are most definitely not anti-Jewish, not “racist”, not against all coloured immigration (but only against the immigration of Muslims!) and not against the multi-racial society (just so long as it doesn’t include Muslims!) The Jobbik Party in Hungary may be the only notable exception to this. END_OF_DOCUMENT_TOKEN_TO_BE_REPLACED 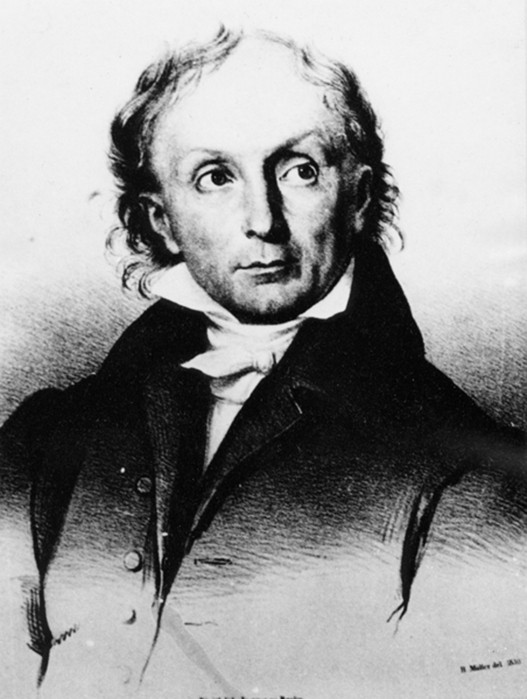 German philosopher Jakob Friedrich Fries (1775-1843) was born at Barby in Saxony and studied theology with the Moravians in the German town of Niesky, which was then heavily populated by Czech refugees fleeing Catholic persecution from their former homeland of Bohemia. Fries then traveled to Jena and Leipzig to study philosophy. In 1806 he became professor of philosophy and mathematics at Heidelberg. Although his development in psychological theory led him away from the Moravian approach, he always respected the Moravians as bearers of a symbol of a higher spiritual truth. The Moravian Brethren were heavily influenced by the Czech philosopher, heretic and martyr Jan Hus. However, they entered a period of decadence when at a special Communion Service held at Berthelsdorf on August 13, 172, they revived their ancient Church, which was so successful that John and Charles Wesley, the famous founders of the Christina Methodist movement, were eventually converted.

It was from the exiled Moravians that German philosopher Friedrich Schleiermacher and especially the German poet Johann Wolfgang von Goethe drew a great deal of inspiration. However, the philosopher and the poet were alienated from the Moravians because they could not accept the doctrine of the substitutionary sufferings of Jesus Christ. END_OF_DOCUMENT_TOKEN_TO_BE_REPLACED 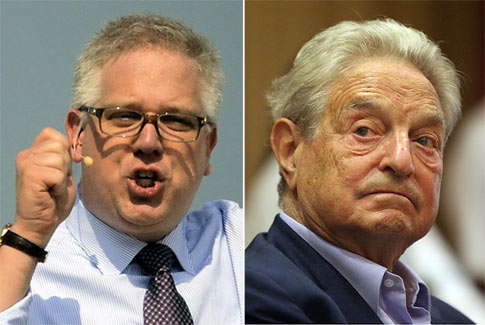 Glenn Beck has not exactly been a favorite around here (see here, here, and here), but his series on George Soros is intriguing to say the least. Beck has honed in on Soros as the root of all evil, and he has emphasized the point that Soros is Jewish. Beck seems have two main complaints: that Soros is a major funder of the left and that he is a currency manipulator poised to take down the dollar and foment revolution in the US.

Soros is well-known for funding the left, but Beck sees Soros as orchestrating the entire show:“For months, Glenn has been pulling back the structure progressives have worked decades to put in place. Beneath every layer lies one common thread: George Soros.” Beck’s team highlights Soros’ self-image as a messianic figure who believes he is able to change the world in his image: “If truth be known, I carried some rather potent messianic fantasies with me from childhood which I felt I had to control, otherwise I might end up in the loony bin. But when I made my way in the world, I wanted to indulge myself in my fantasies to the extent that I could afford.” Beck’s website shows how Soros funds the left, including Moveon.org, ACORN, Center for American Progress, the Tides Foundation, the Open Society Institute, and the National Council of La Raza. END_OF_DOCUMENT_TOKEN_TO_BE_REPLACED

Kevin MacDonald’s work on the concept of “implicit whiteness” in his essay “Psychology and White Ethnocentrism” (acacdemic version) is a major breakthrough for White Nationalism. Ethnocentrism—usually stigmatized as “xenophobia” and “racism”— is a preference to be around genetically similar people. Anti-ethnocentrism—a preference for people unlike ourselves—is sold today as “diversity,” the secret ingredient that adds “strength” wherever it is found.

According to MacDonald, ethnocentrism is a natural phenomenon, hard-wired into the oldest and deepest levels of the brain. Anti-ethnocentrism, however, exists as a conscious moral conviction. From a psychological point of view, therefore, anti-ethnocentrism is relatively superficial, even though it currently dominates our culture and politics. END_OF_DOCUMENT_TOKEN_TO_BE_REPLACED

The recent high-profile firings of Rick Sanchez, Helen Thomas, and Octavia Nasr leave the eager-to-please among us with an uneasy feeling in their collective gut. What is the “proper,” socially-sanctioned way to react to such shocking displays of high-handed, sanctimonious, censorious overreach on the part of one’s party bosses, as it were?

Crystal clear as it seems that Sanchez, Thomas, and Nasr, all entrenched liberals with impeccable establishment credentials, were sacked for making critical remarks about Jews (or in Nasr’s case, mildly positive remarks about a deceased member of Hezbollah), such a assertion cannot be allowed to stand, because it would seem to reinforce “anti-Semitic” notions about Jewish control of the media, which are assuredly un-kosher to imply, much less state aloud. To criticize the principalities and powers for sacking critics of Jews thus means condoning anti-Semitism, which in today’s Zeitgeist quickly makes you little better than a genocidal and deranged Nazi. The gutless careerists, to be sure, want no part of that order! END_OF_DOCUMENT_TOKEN_TO_BE_REPLACED

To listen to pundits like Rush Limbaugh, one would think that the Republicans had died and gone to heaven. Getting a strong majority in the House and picking up several seats in the Senate certainly sends a message. But they shouldn’t get too comfortable.