It’s one of the great truths of human existence: Mit der Dummheit kämpfen Götter selbst vergebens – “With stupidity the Gods themselves battle in vain.” So said the great German writer Schiller (1759–1805) more than two hundred years ago. A lot has changed since then, but not the power of stupidity in human affairs. You can see stupidity at work 24/7 in Western politics and culture, for example. But occasionally it flares up in what you could call a stupernova — a glorious explosion of jaw-dropping dumb.

Migration to the max!

Stupernovas regularly dazzle the eyes of readers at the libertarian website Spiked Online, which is passionately in favour of both open mouths and open borders. That is, it wants both the maximum possible free speech and the maximum possible migration. “Let them in!” Spiked cries in favour of unlimited immigration from the most anti-libertarian cultures on earth. It then adds: “But don’t let them bring their culture with them!” 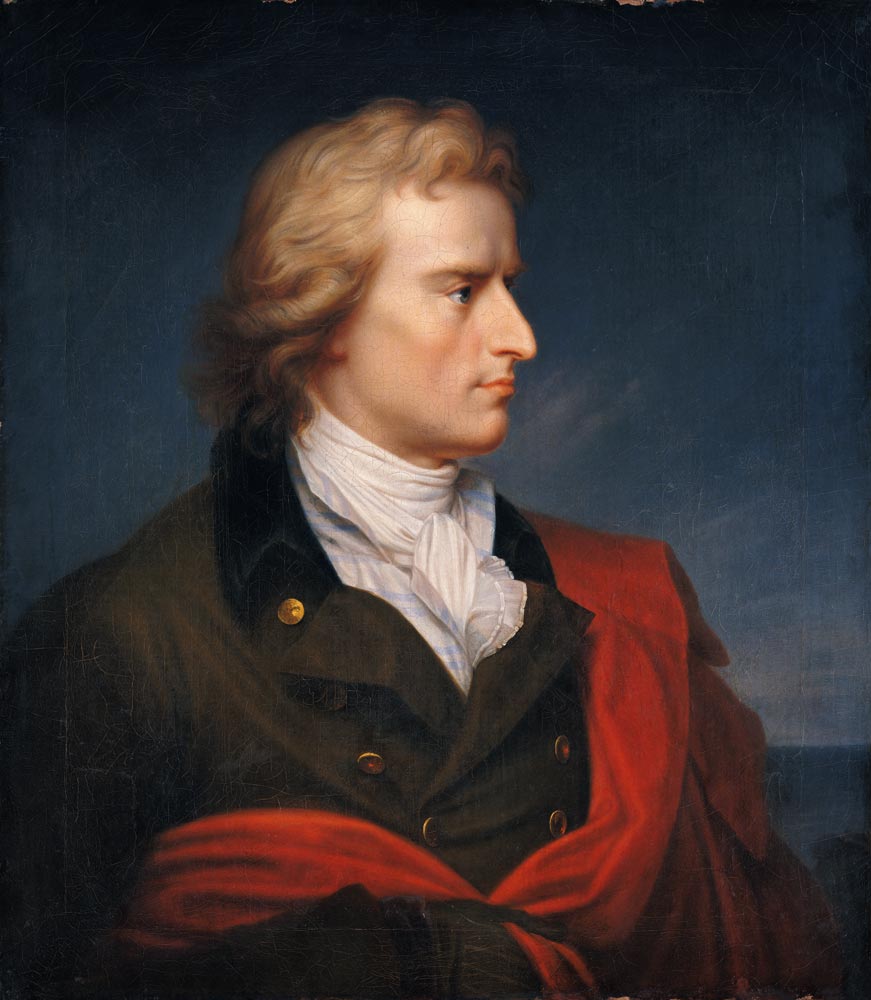 In other words, Spiked thinks that the West can have Third-World people without Third-World pathologies. All we need do is talk loudly enough and long enough about Enlightenment values, and bingo! The Third-World folk in our midst will suddenly leap forward centuries or even millennia in cultural development. Back in Pakistan, for example, Muslims rape children on an industrial scale, commit massive electoral fraud, and machine-gun politicians for dissing the Prophet Muhammad. In Britain, they’ll embrace the Enlightenment instead. They’ll stop raping children and committing electoral fraud. And in no time at all they’ll be erecting statues to Voltaire and forming reading-clubs to probe the collected works of John Stuart Mill.

Chop till they drop

But only if we wise Whites guide them out of their backward brown-skinned ways! That’s the implicit (and racist) message behind Spiked’s incessant wailings about how, against all the odds, Third-World people continue to exhibit Third-World pathologies in First-World settings. The latest wail at Spiked – and the latest stupernova – is about a Christian woman called Hatun Tash who was stabbed at Speakers’ Corner in Hyde Park in London. What had she done? Well, she’s a member of a group that tries to convert Muslims to Christianity, she was wearing a T-shirt in support of Charlie Hebdo, and she was criticizing Islam. Can you guess who might have attacked her? Indeed, her attacker may even have been trying to enact that fine old Islamic tradition of head-chopping for Muhammad. 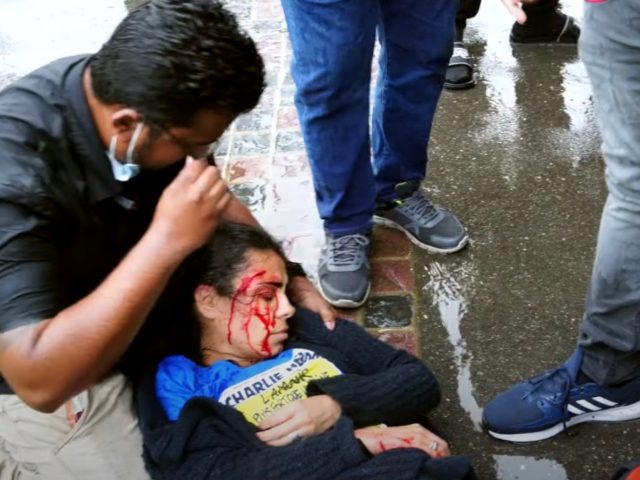 As you’d expect, Spiked were disturbed and dismayed to see a Third-World pathology once again marring Britain’s march towards multi-racial libertarian Utopia. Their headline came in the form of an incredulous question: “You can be stabbed for criticising Islam?” Yes, fancy that! Britain imports millions of Muslims who believe strongly in Islam, and suddenly people are being stabbed for criticizing Islam. Who could have seen that one coming?

Not the high-powered intellects at Spiked, it seems. But Brendan O’Neill’s article about the “bloody events in Hyde Park” did get one thing right. It said that Speakers’ Corner in Hyde Park is “traditionally the one place in the UK where you can express pretty much any belief you like.” Indeed. But whose tradition is that, Brendan? It’s a fragile and recently created tradition of the White British. But what about head-chopping for Muhammad? Whose tradition is that? It’s a sturdy and deep-rooted tradition of Third-World Muslims whom you and your comrades at Spiked want to see entering the country in unlimited numbers.

Brendan goes on to blame the “woke” White left for “emboldening … Islamic extremists.” He’s once again plugging the highly racist line that Muslims and other non-Whites have no true agency and must rely on Whites to rescue them from their backward ways. In fact, Muslims are perfectly capable of deciding for themselves to love the Prophet and hate free speech. It isn’t the woke left that emboldens Muslims in Pakistan to machine-gun Muhammad-dissers or sentence innocent people to death on ludicrously vague and unjust charges of blasphemy.

But it is the woke left that campaigns passionately for maximum migration by Pakistanis and other Third-Worlders. And that should give Spiked a clue about how bad Third-World migration is for all the libertarian causes they claim to care about so deeply. The biggest enemies of free speech, from the Labour party in Britain to the Democratic party in America, have also been the biggest facilitators of mass migration from the Third World. Is that a coincidence? No, of course not. It’s been a coherent and perfectly rational strategy to strengthen the power of the liberty-loathing left.

Here’s another stupernova at Spiked, written in support of the White teacher in Yorkshire who was driven into hiding by Muslim death-threats:

At the heart of our political culture is a commitment to free speech, free expression, freedom of thought, and tolerance of difference. People come here from every corner of the globe to enjoy our liberties and to fit into our peaceful and respectful democratic life. If this is to endure, it is essential that those in authority push back against any effort to undermine these vital norms. If we are to keep the freedoms we’ve enjoyed, we must show solidarity with the teacher and his family. (Freedom is on the line in the Batley by-election, Spiked, 30th June 2021)

No, Third-World people come to the West to exploit the high trust and wealth of societies that they could never have created for themselves. And at the heart of “our political culture” is a commitment not to freedom, but to the service of Jewish interests. Tony Blair was funded by Jewish money and obeyed Jewish orders, appointing a Jewish activist called Barbara Roche to massively (and malignly) increase already high levels of Third-World immigration.

Now the so-called Conservatives are in power and are doing nothing to slow, let alone end or reverse, the Third-Worlding of Britain. Are you surprised to learn that the current Conservative treasurer is a little-known Israeli Jew called Ehud Sheleg? You shouldn’t be. And you shouldn’t be surprised to see who is behind yet another attack on the free speech bequeathed to America by the White Founding Fathers:

PayPal Holdings Inc is partnering with non-profit organisation the Anti-Defamation League (ADL) [the most powerful and well-funded Jewish organization in America] to investigate how extremist and hate movements in the United States take advantage of financial platforms to fund their criminal activities.

The initiative will be led through ADL’s Center on Extremism, and will focus on uncovering and disrupting the financial flows supporting white supremacist and anti-government organizations. It will also look at networks spreading and profiting from antisemitism, Islamophobia, racism, anti-immigrant, anti-Black, anti-Hispanic and anti-Asian bigotry.

The information collected through the initiatives will be shared with other firms in the financial industry, law enforcement and policymakers, PayPal said. (PayPal to Research Transactions That Fund Hate Groups, Extremists, American Renaissance, 26th July 2021)

If you’ve got Jews, you’ve got implacable enemies of free speech and Western civilization. That’s why Jews have always worked so hard to close mouths and open borders. With Third-World people come Third-World pathologies that justify ever more authoritarianism and ever less freedom for the Whites who built the West. Libertarianism, which supposedly fights for freedom, is in fact another front in the Jewish war on Western civilization. For example, the libertarian fanatics at Spiked are devout disciples of the Jewish sociologist Frank Furedi, who is himself a devout disciple of the tyrants Vladimir Lenin and Leon Trotsky.

Lenin was part-Jewish, Trotsky was fully Jewish. That was a very bad sign for the White Christians over whom they began to rule. And so is the Jewishness of Joe Biden’s government in America and Boris Johnson’s government in Britain. Bad times are ahead, goyim. So brace yourselves. But one thing will surely survive the wreck ahead: stupidity. It can’t be eliminated from human affairs, but we can try our best to minimize it. The stupernovas at Spiked are, by contrast, written by people who want to maximize it.